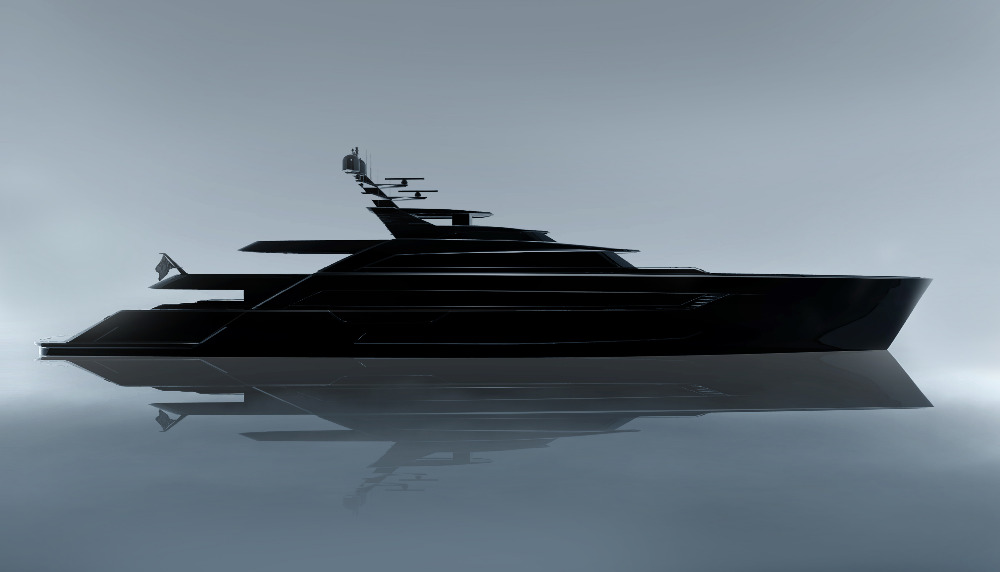 One year on from the delivery of its fourth superyacht, M/Y Virgen Del Mar VI, Turkish shipyard Alia Yachts has announced the sale of a new 55m superyacht. Currently named Project Al Waab II, the new superyacht is the fruit of a design partnership between the shipyard and renowned Dutch studio, Vripack.

Acting as coordinator between the designers, builders and owner, Dubai based brokerage and new build managers, SF Yachts played an integral role in the project to date. Commenting on the project, Francesco Pitea, CEO of SF Yachts said, “I am very pleased to be part of this 55m yacht project and look forward to building it alongside Vripack and Alia Yachts shipyard.”

“I am very pleased to be part of this 55m yacht project and look forward to building it alongside Vripack and Alia Yachts shipyard.”

During the upcoming Monaco Yacht Show, Alia Yachts will be presenting the new sub-500gt superyacht to the world on Wednesday 25th September at 17:00 with a series of further details and visuals on the project. The yacht is, however, scheduled for delivery in the summer of 2021, meaning that construction is due to commence imminently.

Known for its playful interaction between form and function, Vripack will undoubtedly exceed expectations on the design of both the interiors and exteriors of Project Al Waab II.

Earlier this year, Alia yachts introduced a custom 16m fast run-around boat designed by Bill Dixon after one of the shipyard’s superyacht clients requested the new vessel. While this may have originally been a one-off project, Alia Yachts have now received multiple enquiries for the 16m boat; showcasing Turkish shipyard’s capacity and diversity within a not so familiar segment of the market.

In June, Alia Yachts announced that it will be expanding its operation with a new construction facility adjacent to its existing facilities in Antalya Free Trade Zone on Turkey’s Mediterranean Coast. Due to be completed in July 2019, Alia Yachts plan to create an entire street block, complete with a total of five construction halls of 90m in length. The expansion of the facilities also coincided with the shipyard’s clear focus on expanding its new build and refit proposition, with plans to rank among the top yacht building facilities in Turkey.

In June, Alia Yachts announced that it will be expanding its operation with a new construction facility adjacent to its existing facilities in Antalya Free Trade Zone on Turkey’s Mediterranean Coast.

Alongside Alia Yacht’s clarification of Project Al Waab II during the Monaco Yacht Show, the shipyard’s 60m flagship, M/Y Samurai will also be on display at the show, which is currently available for charter with Y.CO.