Now in its 120th year, the shipyard has revealed the completion of two yachts, described by the shipyard as “landmark projects”… 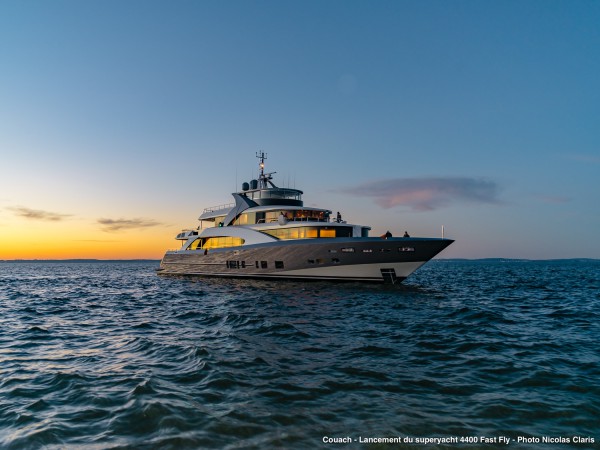 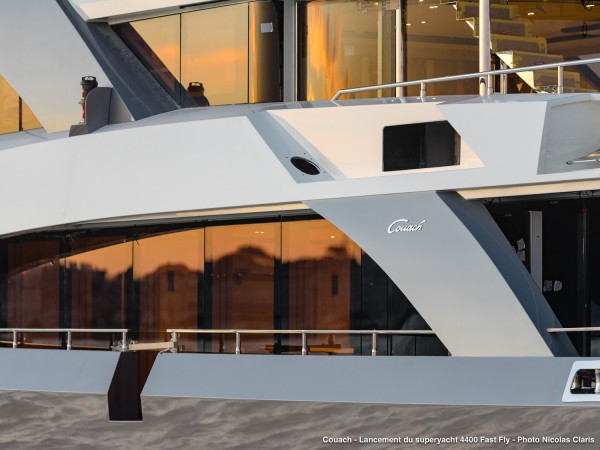 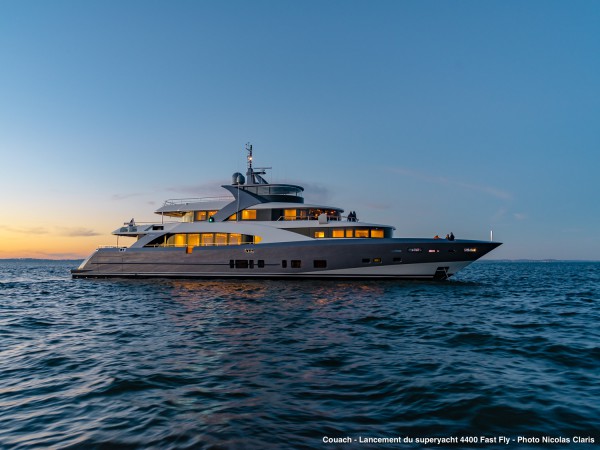 Following its recent rebrand, French superyacht builder Chantier Naval Couach has announced a dual celebration in the wake of Q1. Now in its 120th year, the shipyard has revealed the completion of two yachts, described by the shipyard as “landmark projects” and the first products completed since the shipyard’s market re-entry at the end of last year.

Couch launched the 4400 Fast Fly at the end of 2016, its largest build since 2014. Described by the shipyard as “a high point in Couach’s legacy”, the 44.8m plaining vessel, which has now been delivered, has been created entirely in-house, which includes the entire design and naval architecture.

“The most rewarding element of this project is the quality of the finish that we have been able to achieve,” says CEO Walter Ceglia, who has now been with the shipyard for a year. “At Couach we constantly strive to progress, to make each project the best that it can be. We are always looking to renew and improve our yachts.”

The fully custom yacht is the sister ship to both 49.5m M/Y Pellegrina, delivered in 2012, and 49.3m M/Y Belongers, delivered in 2014. Constructed in fibre glass and carbon fibre, the superyacht will have a cruising speed of 17 knots and a maximum speed of 24 knots. “The whole team did an excellent job on the 4400 Fast Fly, and the owner’s representative was fantastic in his role, knowing the tastes of the client. He contributed greatly to the progress of construction of this yacht,” continues Ceglia.

“This yacht benefits from the experience of her two big sisters,” explains the yacht’s project coordinator, Jean Yves Corviser. “I believe the 4400 Fast Fly is the apotheosis of what we are able to accomplish at Couach. From a design and styling point of view, as much as from an innovation and technology point of view, an enormous amount has been achieved.”

The 44.8m superyacht is the shipyard’s first delivery of the year, and brings the entire Couach superyacht fleet up to 23 units in total. However, the shipyard also plans to deliver the Couach 3700 this year, which will be the first time in six years that the shipyard has delivered more than one vessel per annum.

Alongside the delivery of the 4400 Fast Fly, Couach has announced the launch of the fifth unit of the 2300 Fly model at the end of march, and the yacht is now enduring a period of sea trials, prior to delivery.