Following the closure of Luca Brenta & Co last month, Luca Brenta's business partner and long-term friend Lorenzo Argento talks to us about the decision to set up his own studio.… 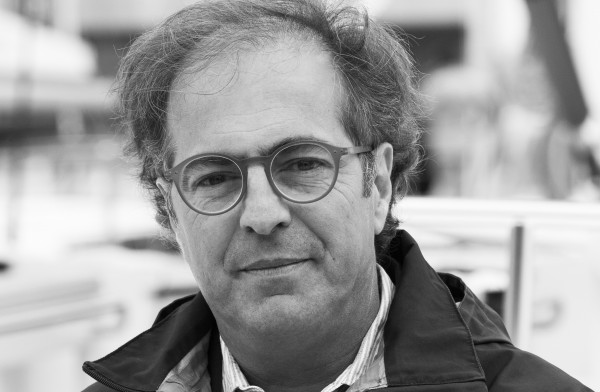 ITALY, Milan. In February Luca Brenta & Co — the studio behind the design of 44.8m Logica, 37.4m Ghost, 32.7m Wally B and 30m Chrisco to name a few — announced it would cease trading. All is not lost, however, as business partner and friend of 25 years Lorenzo Argento has opened Lorenzo Argento Yacht Design.

“Starting under my own name is good for me and I’ve received a lot of support from friends in the industry,” says Argento who reveals how he would have been happy to continue Luca Brenta & Co but respected the wishes of Brenta’s family to close the studio. “I tried to continue the mission that we started so many years ago under the same studio name but Luca’s family didn’t want this, and so starting up my own studio was the only alternative. I do miss Luca, as we worked well together for so many years — he is my best friend.”

Based in the same office that once held the Luca Brenta name, Argento reveals that not much has changed for his team of two permanent staff and three subcontracted team members. “I offered to take over the lease of the office from Brenta’s family where we’ve been for so long, and thankfully they were happy for me to do this,” he says.

While there has been little change in the day-to-day operation of the studio, Argento highlighted the challenge that all new studios face. “One of the things we have lost by setting up under a new name is the returning customers, as they are all new to us technically. However, we still have all the connections we’ve known for so many years and we have a number of proposals out with potential clients.”

Among those proposals are half a dozen projects ranging from 10 – 25m, with Lorenzo Argento Yacht Design having also recently launched an 80ft yacht for Michael Schmidt Yachtbau and the 33 for B Yachts.

“My attitude towards the design process is the same today as it has always been,” says Argento. “I’m a great believer in the 10 core rules of good design, the most important of which is keeping things simple. A good example of this can be found in the products that come from Apple among others. It is also important for the design to be honest as well, which is what we strive to achieve.

"The real challenge is in securing new projects, as winning these is as much about luck and opportunity as it is your approach and ability. In fact the 80ft we did for Michael Schmidt Yachtbau was the result of being in the right place at the right time."