Revered yachtsman, John Staluppi, has taken delivery of his latest and largest ever yacht… 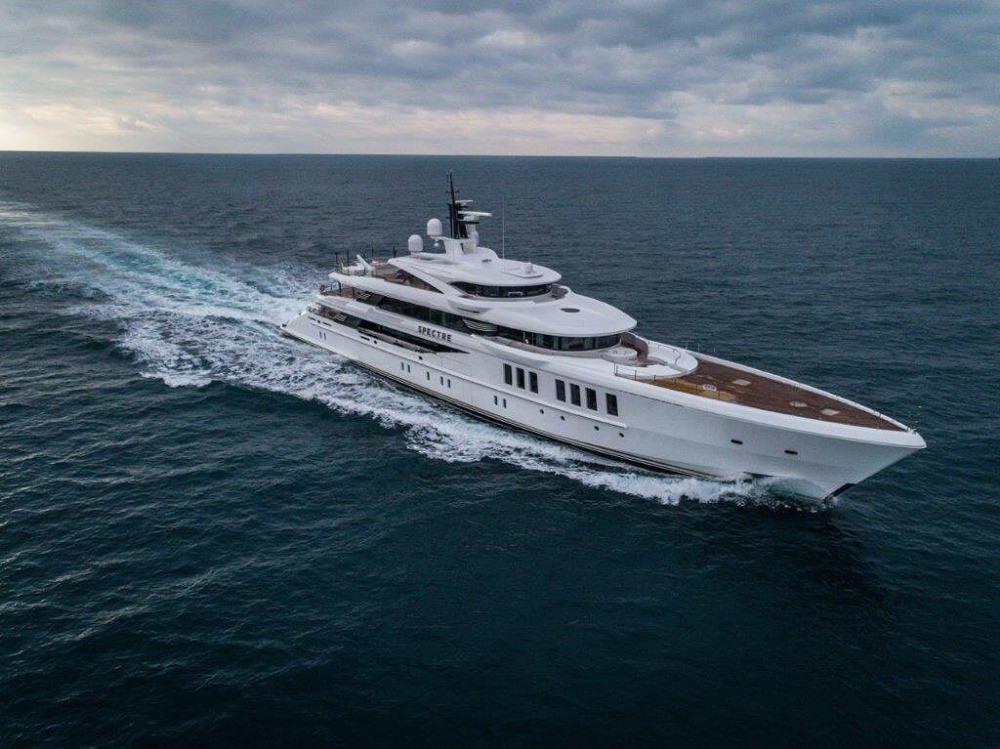 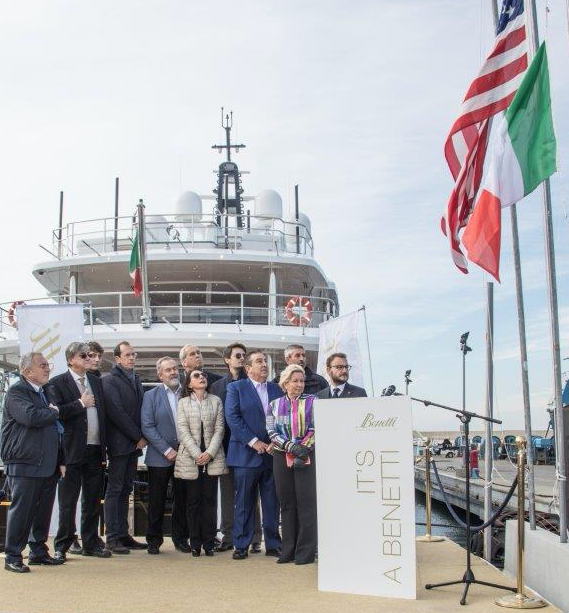 Benetti has announced the delivery of the 69m motoryacht, Spectre, a full-custom design built at the yard’s facility in Livorno, Italy, for John and Jeanette Staluppi.

Having shopped around at several yards to see who could do what, Staluppi couldn’t resist the allure of a return to the Italian yard for his third boat in the past decade.

“The Benetti shipyard is an unbelievable shipyard – a truly unbelievable shipyard,” said Staluppi, in issue 179 of The Superyacht Report, after commissioning Spectre. “I’ve been to a lot of shipyards and built a lot of boats in a lot of countries, such as Holland, Dubai, Germany and Norway, and I think the Italians are the best when it comes to woodworking. No-one is better than the Italians at woodworking.” He said he chose Benetti because it could offer him “the quality, the weight and the flexibility” he was looking for.

Staluppi’s affection for the finer forms of transport began in 1964 when he was working as a mechanic in a car dealership. Fast-forward 20 years and the young mechanic had built a billion-dollar automotive empire comprising 40 car dealerships.

Whether on the road or at sea, Staluppi has always had a well-documented love of speed. As the former owner of some of the fastest superyachts in the world – The World Is Not Enough (70 knots), Moonraker (61 knots) and Octopussy (53 knots) to name but a few – he has never been one to cut corners (metaphorically, that is; he did quite literally cut the corners off Octopussy when he thought her 50.5-knot sea trial could have been faster).

But, he’s changed his tack in recent years, and most prominently, with Spectre. The days of producing boats with 22,000hp engines that burn 1,000 gallons of fuel per hour are behind him; stability and comfort are his new objectives. “We’ve set the speed record, now I want to set the stability tone,” he said, in the aforementioned interview.

“We’ve set the speed record, now I want to set the stability tone.”

The Naiad Dynamics Total Ride Control technology was originally developed for commercial and naval ships, but the technology was later configured for Spectre, thanks to a collaboration with Dutch firm, Mulder Design, which was responsible for the structural design, hull, and propulsion system on Spectre.

Spectre features what Frank Mulder of Mulder Design refers to as a ‘high speed cruising hull’ because she is able to reach a maximum speed of 21.2 knots, which is 30 per cent higher than a traditional displacement hull, and has an impressive range of 6,500 nautical miles at a 12-knot speed.

Engineer and naval architect, Giorgio M. Cassetta, drew the exterior lines for the vessel and said: “I love Spectre; it is a perfect example of a virtuous synthesis between the owners' and builder's cultures. John and Jeanette Staluppi, with their great experience and energy, have led us to imagine a yacht complete with everything you could wish for boats of this size. Benetti has taken up the challenge and has created a yacht with many technological innovations respecting the highest quality standards.”

The interior layout was designed by the Benetti Interior Style Department and is said to be a homage to the late-19th century French liberty hotels and boutiques. Such references are evident in the main salon, with its Parisian Deco style, and the windows and carpet designs, which are characteristic of liberty shops in Paris.

According to The Superyacht Intelligence Agency, Benetti currently has 30 yachts in build ranging up to 107.6m in length. In 2019, the yard is forecasting the delivery of three vessels in the region of 107m.

More information on Benetti's in build fleet will be revealed in The Superyacht New Build Report (issue 192) in February 2019.