Evan K. Marshall joins TSR for a sesh, to discuss his career, and reveal his inspiring approach to superyacht design…

Every superyacht designer has their own fascinating tale to tell of how they came to be in the market. For some, it’s a journey of coincidences or a ‘right time, right place’ situation, for others, it’s an unceasing passion for the water and yacht design. Evan K. Marshall falls into the latter category; having spent his life on water, and drawing boats from the age of four, his world has revolved around yacht design and has resulted in a truly fascinating career.

For our meeting, Marshall and I head to Gazette Brasserie, situated close to his studio in Wandsworth on the banks of the River Thames. “The sun is out, I think that calls for some rosé,” says Marshall as we sit down at tables which, he tells me, are actually chalk boards and so couldn’t really be more apt for our discussion.

Marshall’s work is all too familiar within the superyacht industry, having contributed some iconic yachts to the fleet including 57m Trinity Lady Linda, 50m Trinity Norwegian Queen and the interiors of 60m Benetti Diamonds Are Forever among many others. Although he is based in London, Marshall’s influence spans across the globe having delivered projects in Germany, Taiwan, Turkey and the US, where his journey really began.

Although he is based in London, Marshall’s influence spans across the globe having delivered projects in Germany, Taiwan, Turkey and the US, where his journey really began.

As one of the few designers in the industry who has always known that he wanted to design yachts for a living, life on the water was instilled in Marshall from childhood, and this is how his fascinating career began, in essence. “My father, in the late 1950s, somehow got the bug to buy a boat,” begins Marshall. “He was a son of a minister and from a very strict family, so how such a worldly thing like a boat came into his life is still a mystery to me.

This creative steak was certainly engrained in Marshall by both his father and mother, who was a writer, and he speaks about the support his family gave him when they discovered his love for boat design. “I became passionate about drawing, it was all I wanted to do,” recalls Marshall. “People would ask me when I was five or six what I wanted to do when I grew up and I would say that I wanted to be a boat designer. I just never wanted to do anything else.”

One of the truly interesting facets of getting to know designers over a glass of something lovely is discovering when the superyacht market really took hold of their career. For many, it’s merely a coincidence or perhaps because of various confining factors in other fields of design. I can’t say I’d ever come across a designer who, from such an early age, knew that yacht design was the end goal and did everything possible to ensure they achieved it.

“I’m one of the few that never wanted to do anything else,” says Marshall. “I never got any formal training until college, so I basically taught myself how to draw boats, up until I went to college and started studying architecture first.” This was primarily due to the lack of yacht-specific design courses and anything other than naval architecture. During this period, however, Marshall would still spend time creating and designing yacht projects, but now with a grounded understanding of architecture. “Even during those periods, I was sending off designs to magazines and then going the next month to the newsstands and saying, ‘Where’s my design?’. This is probably in the early 1970s.

“[Yacht design] was always a passion that stuck with me, and when it became time for me to go to university, there really wasn’t anything that was specific to yacht design available. The main option was to study naval architecture, which is very mathematical and predominantly about commercial-ship design. So I think with my family I just decided to study architecture. My mother thought that this little yacht design thing would peter out, and [I would] become an architect or something practical.” 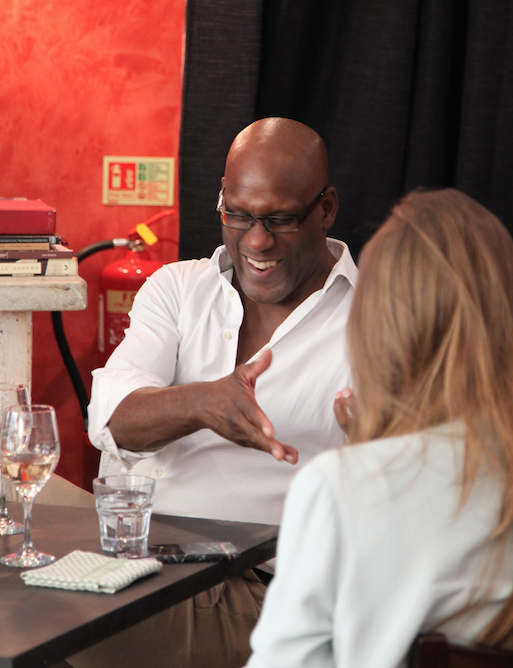 Once he had finished his degree, Marshall wasted no time in getting back on the yacht design track with his now extensive knowledge of architecture. “Come the end of my architectural degree, I decided to carry on my education and enrol in a school called The Yacht Design Institute up in Maine,” says Marshall. “It was one of the few schools [where] you could actually go and study on site because other places would only offer a study-at-home course. That was a great experience as I went to study there for a year-and-a-half in a beautiful part of Maine, and spent my summers in Newport, hanging out and sailing.”

During his time at The Yacht Design Institute, which unfortunately no longer exists, Marshall volunteered at a shipyard that restored old sailing yachts and did some crewing as well. He speaks with affection of finding spots to race his Laser back in his youth, and now finding time during the summer to escape the madness of London for a week on the water.

“I was working with a very famous racing sailor who knew the team at Sparkman & Stephens very well, and he said … ‘I can get you an introduction to them’. So I went, still while I was in college, and had a chance to meet them. The great thing was, that put a seed in their head about me and they said, ‘At some point you must get in touch when you finish your studies’. Nothing happened for about two or three years, but then when I finished my work at The Yacht Design Institute I was working for a sailing-boat company called Shannon Yachts in the tooling department. That was a great learning experience for me and there is nothing better for a designer than to see things from the builder side and from the side that doesn’t just have the pretty pictures.”

“The practical side of design is something that I have always retained; one, because I have been sailing all my life, which is different from a lot of people that have come to this field somewhat lately, and also [because] I was very much committed to not just looking at it from the aesthetics side,”

“The practical side of design is something that I have always retained; one, because I have been sailing all my life, which is different from a lot of people that have come to this field somewhat lately, and also [because] I was very much committed to not just looking at it from the aesthetics side,” says Marshall. “It’s so important to look at how things go together to make life easier, not only for the client, but also for the builder. To have that foundation as well as an understanding is as important to achieve great design.”

Marshall was still in the tooling department at Shannon Yachts when an unexpected call came into the office, which, little did he know at the time, would be his big break into yacht design. “I was 24 and I really didn’t have my plans formalised. I was working for Shannon and racing my Laser a lot,” remembers Marshall. “There was an announcement over the tannoy asking me to come to the front office where Bill Langan from Sparkman & Stephens was trying to get hold of me. He said that they’d just had a member of staff leave and they were trying to fill that position, and [I] came to mind, so would [I] mind coming down to New York? I said, yeah, I can come down in September, and they said no we need you to come down this weekend. So, I said okay and drove down.”

Marshall’s career would never be the same again after the legendary Sparkman & Stephens design firm offered him a permanent position. “There was so much wisdom there and I was always very mindful of the history that was there, so I let them know that I was eager to learn from them. I was receptive to that and they reciprocated.” This willingness to learn certainly appears to be something that shaped Marshall’s career and laid the foundations of his spectacular career. “I learnt a lot and because of this I was given the opportunity to think and design by hand,” he explains. 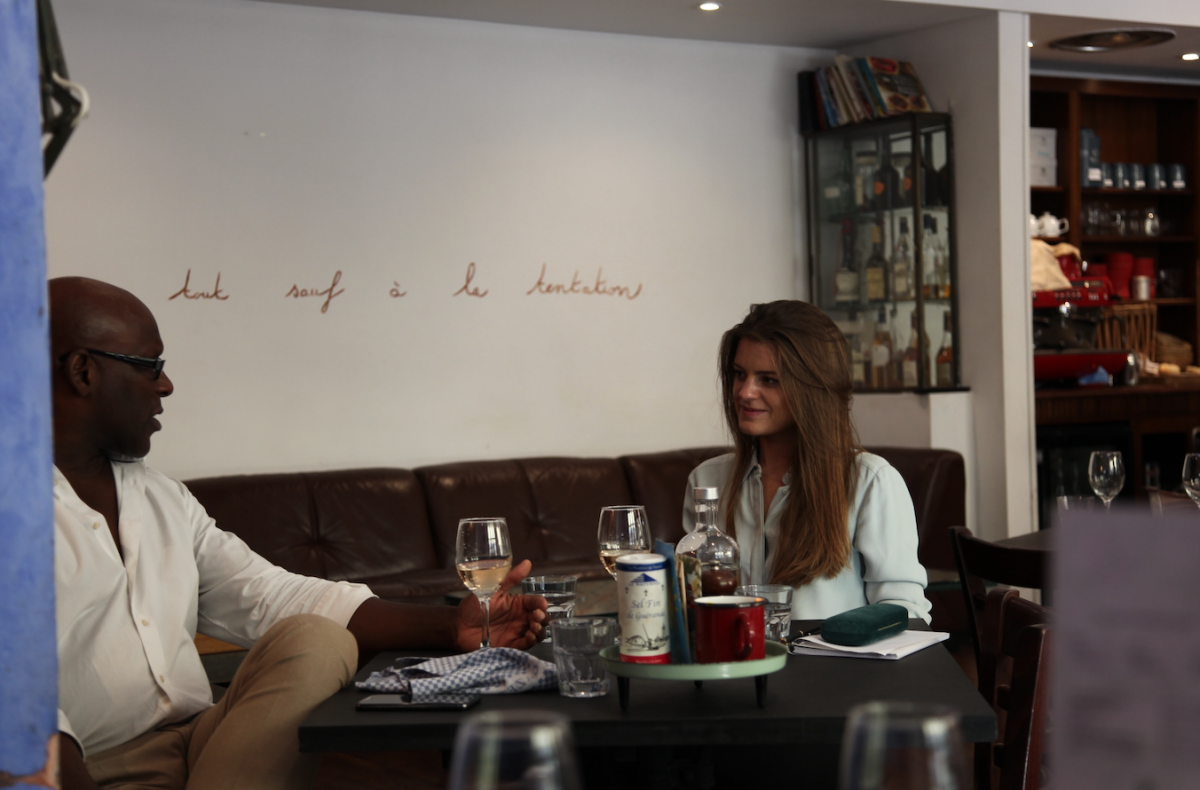 For the team at Evan K. Marshall, their approach is diverse and individual to each client. Marshall explains, “What I try to do with my reputation is to be quite diverse. Sometimes that has almost backfired on me. We had signed a contract with an American couple who had told me that they wanted a very classic American yacht interior, and I understood immediately what they wanted. I had just launched a boat from Trinity called Norwegian Queen, which was a very out-there and eccentric boat. During a boat show, the client sad that they wanted to see my other boat that I’d just finished. I obliged, but as we were walking through the boat I could see them looking at each other, and then when we were at lunch, they said, ‘If we had seen that boat before we hired you, we wouldn’t have hired you’.”

It’s not about creating something you would design yourself, but about learning exactly what the client wants and adhering to those wishes. Another thing that strikes me from these anecdotes is Marshall’s incredible relationships with his clients.

In Marshall’s eyes, this is all part of the process and part of being a successful designer. It’s not about creating something you would design yourself, but about learning exactly what the client wants and adhering to those wishes. Another thing that strikes me from these anecdotes is Marshall’s incredible relationships with his clients. For every project, he is dedicated to understanding the client’s way of life, and what they like and dislike, to determine exactly what they want. “What we do not only requires the skills of a designer, but also [those] human relationship skills because I’ve had cases when I’m sitting with clients and they have launched into an argument between the two of them,” says Marshall. “But this is where you get to the point where they are not hiding their emotions from you.”

Marshall’s approach to superyacht design is one that is fundamentally built on passion and an unceasing love not only for the yachts he designs, but also for the people he works with. There is no question that he puts everything he has into every project he tackles. This is hugely inspiring, and something that I hope we see much more of in the years to come.

This article appeared in full in The Superyacht Americas Report. To find out more and to subscribe, click here.

If you have enjoyed reading this article, you’ll love our upcoming event, The Superyacht Design Forum, taking place on 12 - 14 May 2020 at Design Centre, Chelsea Harbour. The Superyacht Design Forum provides anyone in the superyacht design world with a unique opportunity to explore new thinking and share smarter solutions for the future of superyachts. To find out more or to register, click here.