In a market where there are a growing number of ‘sailing yachts’ that require assistance from engines while underway, Philippe Braind has unveiled a new thoroughbred 90m sailing yacht concept that pays homage to the true values of sailing. The ‘green’ movement is upon us and it is something that Briand and his team are fully on board with, which is why the new SY300 project has been designed to be fully self-sufficient.

“I am a purist at heart,” says Briand. “Every Philippe Briand design is guided by the golden principles of balance, efficiency and performance on the water, from the single-handed ocean sailing boats that I raced to victory in my early career, to some of the world’s best-known sailing superyachts. Staying true to our name, this SY300 design showcases a yacht with purpose that is in keeping with the authentic spirit of sailing. I picture it being ideal for a passionate sailor who wants to stay in touch with the water and the power of the wind. They could even take the helm of the yacht themselves.” 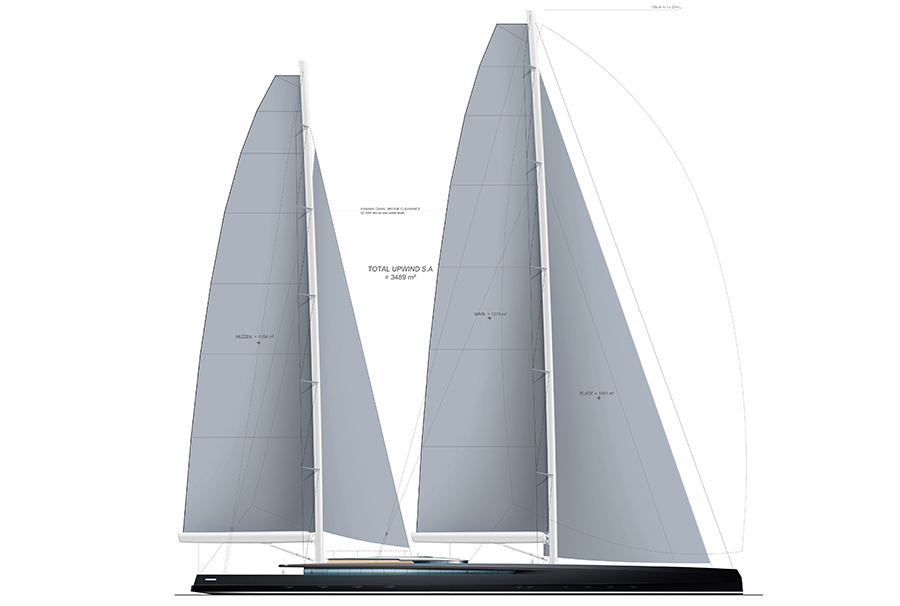 The conventional dual-masted sailing rig has been devised to not only complement the design, but also for performance with the inclusion of an upwind sail area of 3,560msq and a downwind sail area of 6,600msq, including a 3,500m2 spinnaker. The SY300’s hydrodynamic performance means that power could be harnessed through underwater turbines to charge the batteries on board. If this were the case and 50 per cent of the energy was captured, this would be the same as having a 500kW generator on board, while maintaining a speed of approximately 15 knots.

Looking at the current sailing yacht market in numbers, it’s no secret that it’s a corner of the market that needs some stabilising activity. But, it shouldn’t be considered as a conventional part of the new build market, more so a niche within a niche, with its own pool of potential owners. 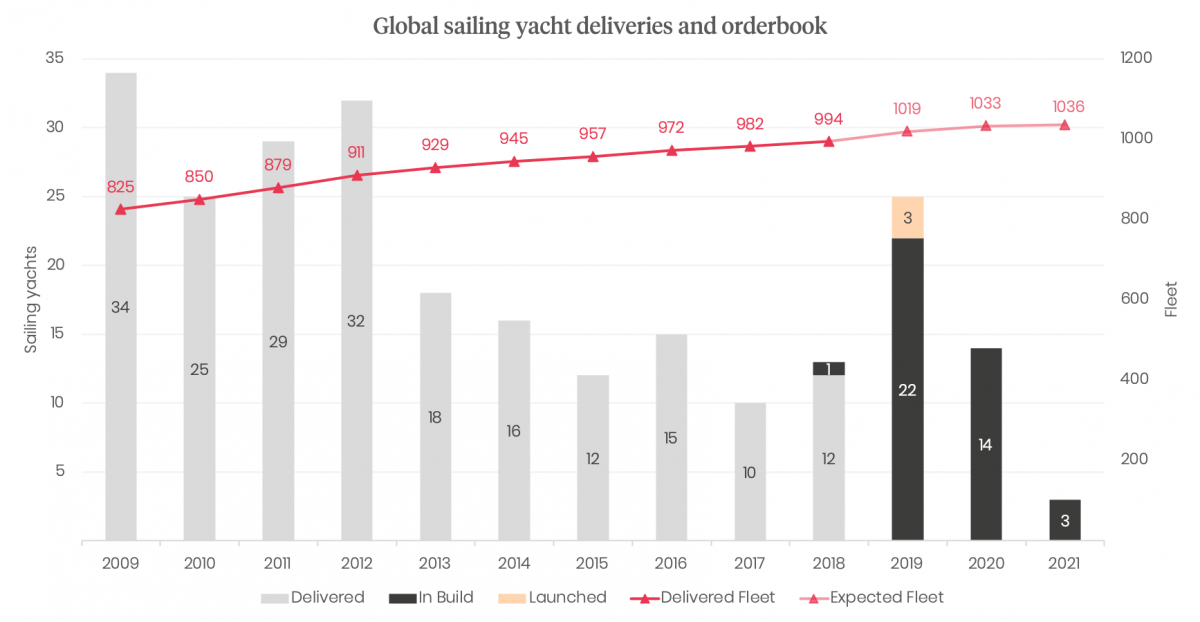 While the figures do appear sluggish, the data collected by The Superyacht Agency shows that between 2014 and 2018, there was an average increase of 1.4 per cent year on year delivery figures in the sailing yacht market. In 2019, the order book shows that an optimistic 25 sailing yachts are scheduled for delivery, three of which have already been launched. According to Superyacht Intelligence, there are 45 sailing yachts of 30m+ on the books with a cumulative LOA of 1995.15m.

The green agenda is gradually building speed and as more designers, shipyards, owners and industry stakeholders take up the charge with projects such as SY300, more will follow.

Do designers fully grasp the nuances of life on board?

The best-known butler in Switzerland, Hanspeter Vochezer, is coaching the crews of Ocean Independence yachts