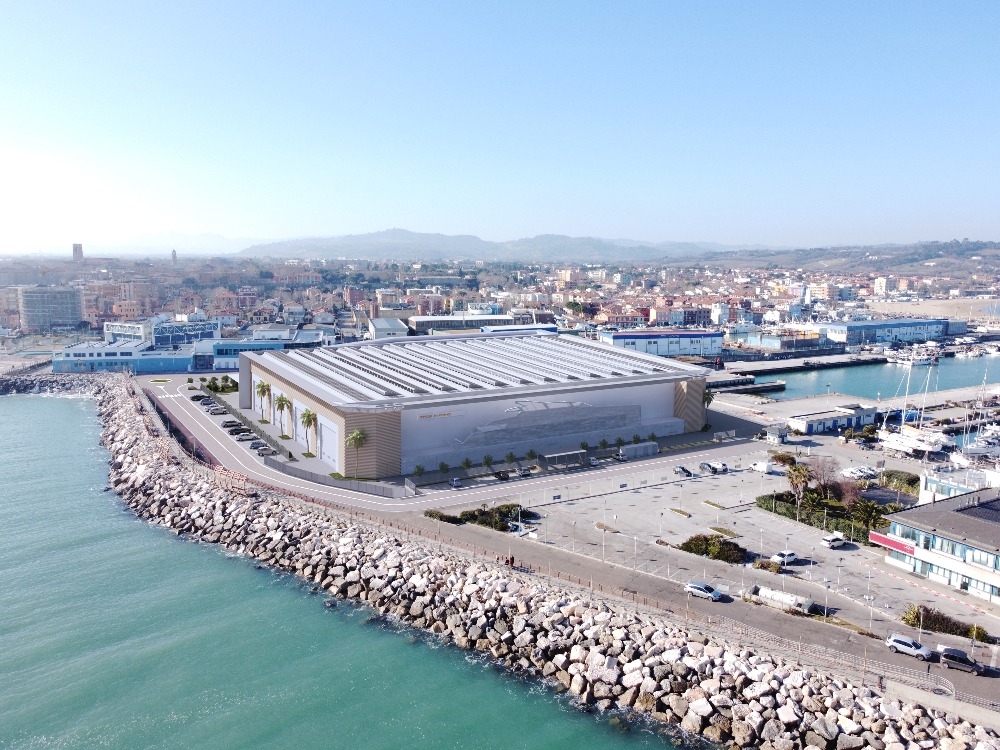 It’s been less than a year since the building plans for Wider‘s new shipyard in Fano were announced. Today, the high-tech facility under construction in Fano is on track to open its first production area in early 2023. With the heavy foundation work almost complete, the 18,000 sqm seafront site between Fano’s fishing port and the tourist marina is scheduled to start production next February.

Wider Yachts is known for its focus on sustainability and innovation. The company was one of the first shipyards to adopt hybrid propulsion technology, which allows its yachts to operate using a combination of diesel engines and electric motors. This technology offers many benefits, including improved fuel efficiency, lower emissions, and reduced operating costs.

“The new shipyard will be a real innovation centre,” says Marcello Maggi, who heads up W-Fin Sarl, the holding company that owns 100% of Wider equity. “It’s where all our future boats, new green technologies and new ideas coming from start-uppers will come to life in full compliance with environmental issues. In other words, a pole of excellence not only for the city of Fano but also for the Italian boatbuilding industry.”

The first project to be assembled in the new facility, which includes 350 linear metres of the quayside and a travel lift, will be the WiderCat 92, the power catamaran series designed by Luca Dini and Wider Centro Stile and equipped with Wider Serial Hybrid Propulsion System, of which five units have already been sold. 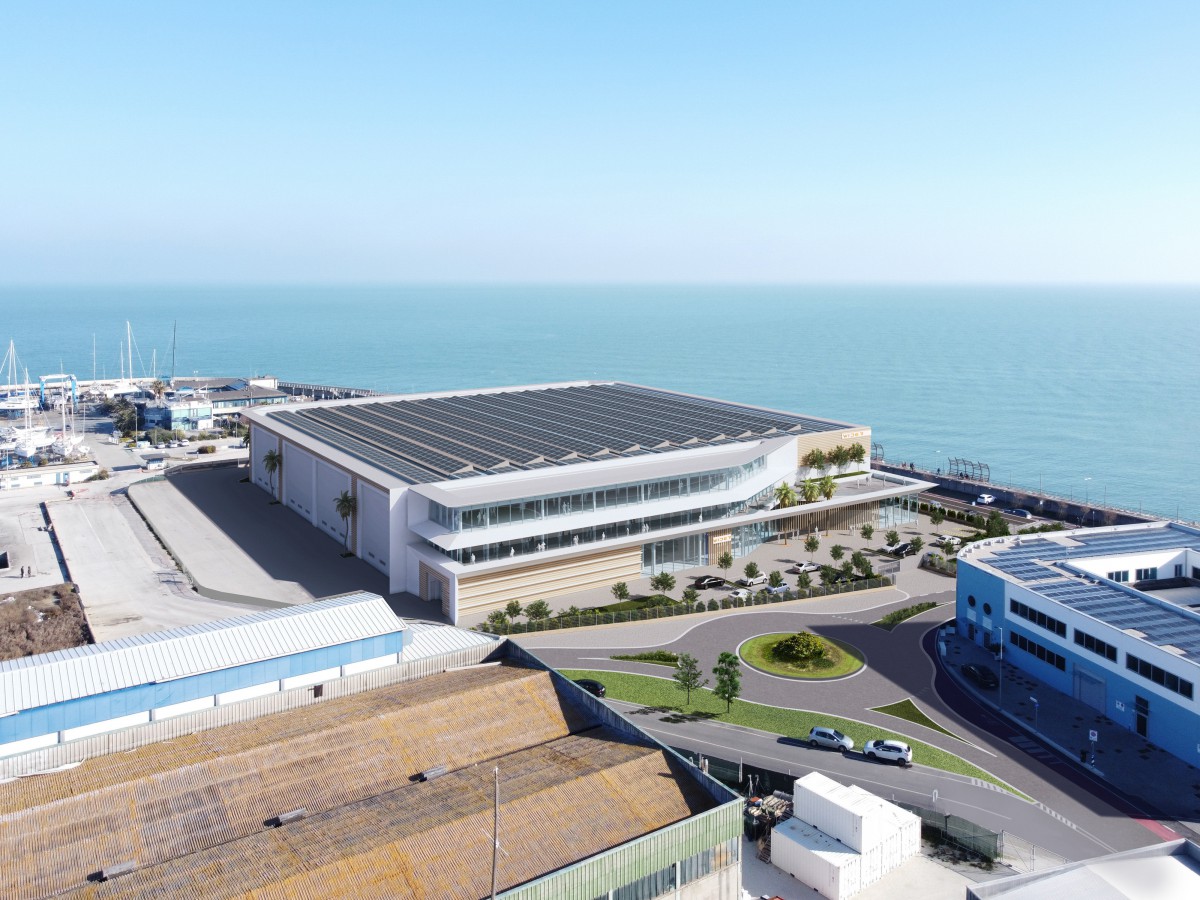 Marcello Maggi was keen to ensure that local firms should benefit from the investment. He wanted this important project to be conceived and developed by someone capable of reinterpreting the brand's philosophy in an architectural manner whilst also supporting professionals close to the local area. Here, the choice fell on the crisply contemporary design of the architects Alessandro Massari and Mauro Cavicchi of the Massari Design Architecture Studio based in Fano.

“The brief was for a structure based on sustainable principles and striking design that also provided the kind of functional efficiencies associated with modern boatbuilding processes,” says Massari. “It’s not easy to design something that is beautiful but also practical from an industrial perspective. My own studio is just a few hundred metres from the site of the new shipyard, so like other inhabitants of the town it was very important for me that the building should look good and not be an eyesore.” 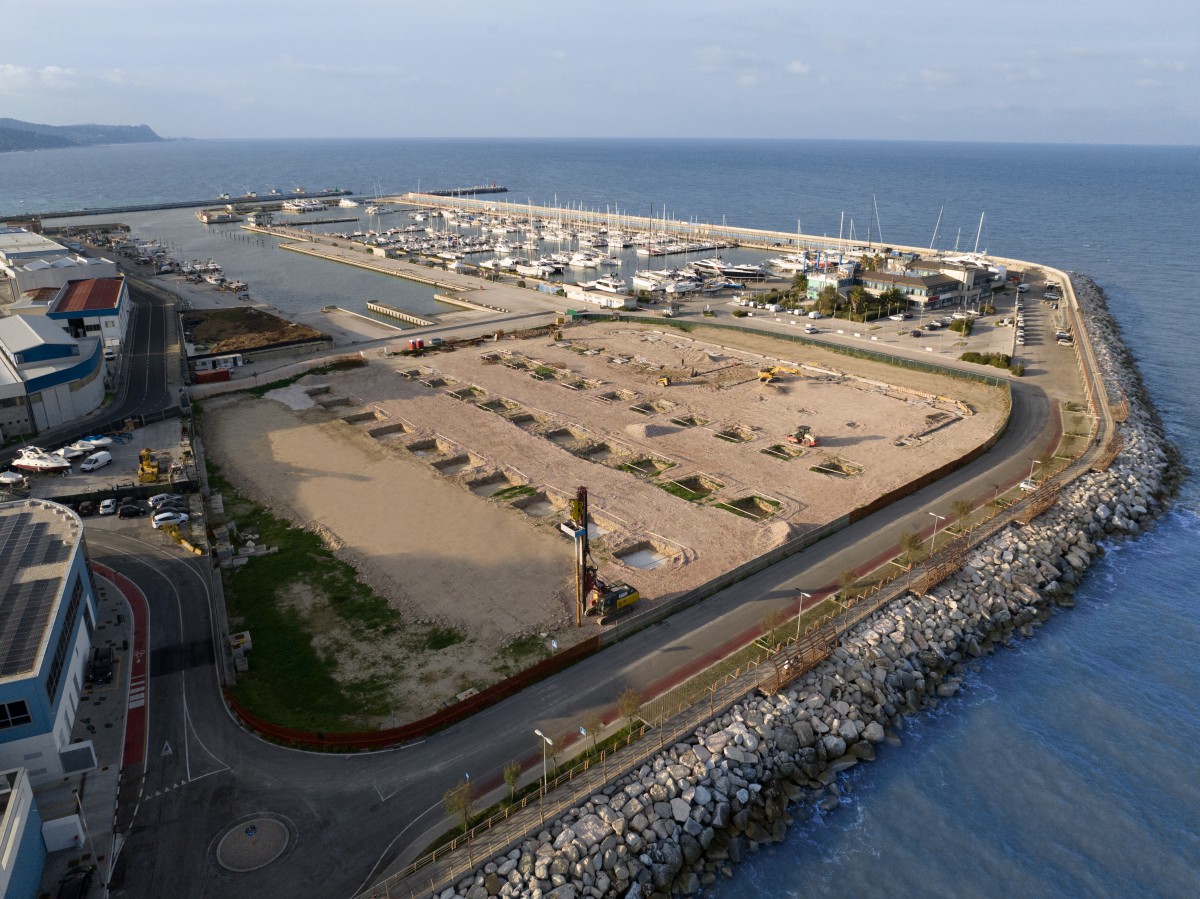 Although 14 metres in height, the building’s profile is broken up by large glass surfaces so both office staff and workers on the shop floor can benefit from plenty of natural light. The seaward-facing exterior wall features a stylised outline of a Wider yacht that looks like it is floating in the marina. Materials, components and the finished yachts can be easily moved in and out of the shed via four doorways for each of the two sides facing the east and west of the building.