Unpaid VAT catches up with Briatore 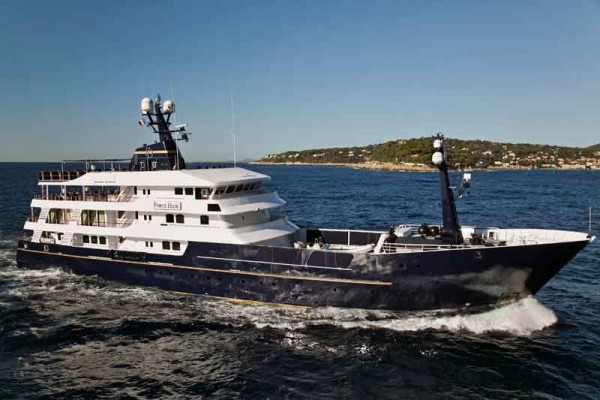 In a sobering tale of what can (eventually) happen when VAT legislation is flouted, the Genoa Court of Appeal has sentenced Flavio Briatore, former boss of the Benetton and Renault F1 racing teams, to 18 months in prison for tax evasion in connection with the charter status of his 63m yacht, Force Blue.

The case dates back to May 2010, when the expedition yacht was seized by the Italian authorities off the coast of La Spezia. Briatore, and four other defendants, were charged with using the yacht, commercially registered under the Cayman flag, for recreational proposes in Italian territorial waters from July 2006 to May 2010 without paying outstanding VAT worth €3.6 million. They also unlawfully declared the yacht’s fuel exempt from duty worth €800,00 (the authorities cited EU regulations that foreign-registered yachts may only avoid paying duty if they leave EU waters within eight hours of refuelling), and issued invoices for non-existent transactions.

On appeal, the yacht’s captain, Ferdinando Tarquini, and Dominique Warluzel, one of the administrators of Autumn Sailing Ltd, the offshore company that owns the yacht, also received an 18-month sentence. Charges against Maria Pia De Fusco, an administrator until 2008, were dropped due to statute of limitations, as was the case against Laurence Eckle Teyssedou, another company administrator. Briatore had his sentence reduced from 23 months, despite prosecutors asking for a four-year sentence. His lawyers will again appeal the sentence.

The ruling confirmed that Force Blue, currently held in Genoa, will only be allowed to sail under special administration. Designed by Ole Steen Knudsen and Tom Fexas as part of Royal Denship's expedition series, which included Turmoil and Big Aron, Force Blue was built by Royal Denship as Big Roi in 2002 and bought by Briatore in 2009.

In January 2018, the Italian Tax Authority issued Resolution N. 6/E/2018, which amends its interpretation of “sailing on the high seas” – a critical factor in determining VAT commercial exemption – following requests for clarity on the conditions that are required to be met.

Briatore back in the dock again