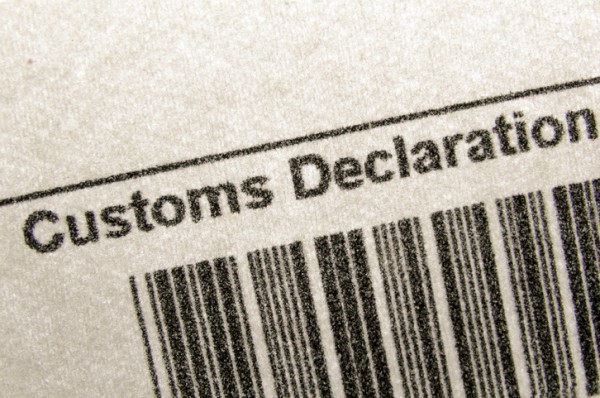 Being introduced across the European Union (EU), the Union Customs Code (UCC) is part of the EU’s modernisation of customs and serves as the new framework regulation on the rules and procedures for customs throughout the EU. Its provisions entered into force on 1 May 2016 and a number of changes as to how goods cross EU borders have been introduced, and as such the rules regulating Temporary Importation/Admission in the EU, as well as those relating to import/export procedures, have been amended.

While the UCC is a significant update, Janet Xanthopoulos, legal advisor at Rosemont Yacht Services, assures that no dramatic changes should affect the way goods are entered into the EU and the way yachts operate within EU waters. “Most of the changes are technical and affect mainly the traders and agents in the background,” she says, adding that the significant changes include bringing the wider customs industry and administrations into the digital era and reviewing the certification of traders and approvals they may hold.

So how might superyacht operations actually be affected? With regards to the Temporary Admission (TA) process, Xanthopoulos believes there is no real change. “Despite the initial texts issued, there is no need for non-EU privately registered yachts to fill a formal application for authorisation or customs declaration to claim relief when entering or leaving the EU at the first port of call or departure to be placed under TA,” she says. “The amended UCC removes the necessity to fill a formal declaration and the mere crossing of the frontier of the customs territory of the EU would still be sufficient.”

According to Xanthopoulos, therefore, entering the territorial waters of the first EU member state without making a customs declaration will be treated as a declaration that the imported vessel is eligible for relief and an application for TA authorisation. No further declaration would be required, but details of when and where the vessel first arrived in the EU must be provided if asked. This would play out the same prior to, or on, departure.

Patricia Bullock of Network Marine Consultants, however, presents a slightly different interpretation of the new TA process. Whereas previously crossing the frontier of the customs territory into the EU was sufficient for a vessel to be considered to be under TA, Bullock contends that this is no longer the case in Spain.

“While each member state interprets this law differently, a vessel wishing to be placed under TA in Spain must, on arrival, report to a customs port and declare its arrival and departure,” she says. “Palma’s customs is already processing oral declarations for import and we have assisted some clients with this procedure, but because this law is a relatively new one, we are in the process of discussing with customs the exact procedures to be carried out and documentation to be completed, particularly with regard to the exit declaration.”

Bullock's view may seem to directly contradict Xanthopoulos', but it is perhaps indicative of the ambiguous nature of the Code and how differently it is being interpreted by customs in various member states.

The view of Beatriz Alonso, general manager Evolution Yacht Agents, however, supports that of Bullock. “All non-EU flagged vessels will need a declaration of entrance, either oral or written, when coming from abroad into the EU," she explains. "We strongly recommend contacting a proper agent before arriving to Spanish waters, so that they can ensure they have all the procedures correctly understood, and they can prepare paperwork according to the requirements of all local authorities.”

For law firm Bargate Murray, the understanding is also that the UCC now requires non-EU vessels entering the EU to file a ‘supporting declaration’, apparently also known as a TA Inventory Document, at its first port of call, and the same applies when leaving the EU. “But the tricky part in some cases has been getting customs to actually accept the new form,” explains Partner Mark Needham. “Some captains have reported customs turning them away and telling them that it’s not required. However, that is not our view, nor the view of other leading tax advisors.”

According to Bullock, a further change to the TA process is that, whereas previously a vessel could be bonded in order to extend the stay of the vessel in the EU beyond the permitted 18 months, this is no longer the case. “Now the moment a non-EU vessel enters EU waters, the clock starts ticking and it may only remain in the EU for a period of 18 months, after which the vessel must leave the EU and obtain a stamp from a non-EU country port as proof of its departure from the EU,” she says. “Should the vessel remain in the EU after the 18 month period has expired, VAT will become payable on the vessel.”

As Xanthopoulos referred to previously, one of the most significant areas of change under the UCC is the treatment of customs procedures that allow traders to delay or defer payment of import duty and/or VAT when goods are imported under specific circumstances.

Non-EU yachts have, for many years, been able to benefit from a regime known as Inward Processing Relief (IPR) when having work done at shipyards in Europe. Meaning, for example, a Cayman-flagged yacht in the EU under TA can have work done on a VAT-free basis. However, this was only applicable provided that the yacht was exported out of the EU straight away after the works were finished. Under the new Code, however, these processes are subject to major changes, some of which may be beneficial for traders, but many are likely to involve additional administration and cost.

“Up until now, traders using Inward Processing Relief (IPR) have been able to suspend payment of customs duties when goods, components or raw materials are imported for processing and subsequently re-exported outside the EU,” says Xanthopoulos. “Under the UCC, this procedure will be combined with Processing under Customs Control – another system that allows imported goods to be processed without payment of duty under specific circumstances. The new process will be known collectively as ‘Processing’, and will operate with a number of changes.”

One positive change for traders using IPR is that goods will now not have to be re-exported outside the EU after processing. “In the past, traders using IPR were subject to ‘compensatory interest’ – a form of penalty charge – if the processed goods were not re-exported, or otherwise disposed of under approved methods within a specific timeframe,” explains Xanthopoulos. “The new regime will allow goods to be entered into home use, i.e. into free circulation after processing, without any penalty, provided that correct procedures are followed.”

However, a less welcome change for traders is the news that, in its place, those using the new Processing regime, as well as other ‘Special Procedures’ such as customs warehousing, will now have to provide the authorities with financial guarantees. “These cover the value of all real and potential customs debt on goods covered by the procedure (in other words import duty and VAT),” says Xanthopoulos. “An exemption will be given to companies who are authorised as Authorised Economic Operators (Customs). They will be allowed to apply for a waiver of guarantee for potential debts.”

For Needham, the requirement for traders to provide financial guarantees throws up additional considerations for the client. “I think that most shipyards will try and pass that potential liability onto the client,” he explains. “Thus, there may be broader indemnities appearing in refit contracts, so it is important for managers, owners and captains to keep an eye on the terms of their refit contracts.”

Another positive change is that authorisation for the use of the IPR has been opened up to applicants that are established outside the Customs Territory of the Union and to those who may supervise the works. This means that captains could apply and, therefore, help to remove the initial supremacy of the local yards.