Thinking caps at the ready

Is the superyacht market's failure to capitalise on the rapid growth of the UHNW population an indication that our products and services have failed to move with the times? … 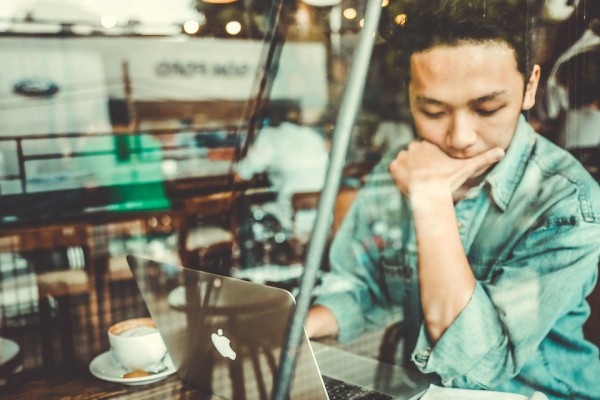 Changing attitudes and a changing world will determine the health of the superyacht industry for years to come. For most who read these articles, it should come as no surprise that when compared to the global growth of ultra-high-net-worth individuals (UHNWIs), the superyacht industry’s new build sector is performing sluggishly. Not only is the superyacht industry increasingly attempting to sell yachts to a generation of UHNWIs that value experiences over ownership, these same individuals value heurism, the environment, philanthropy and privacy. All of this is to be played out in front of a backdrop that is progressively characterised by asset disclosure, taxation transparency and a voyeuristic public. It is time for the industry to start coming up with products and services that complement UHNW values.

If you consider that, according to The Superyacht Annual Report, there were 5,051 superyachts in the delivered global fleet at the end of 2016, then the figures suggest only 0.02 per cent of UHNWIs own a superyacht. Furthermore, a survey conducted by The Superyacht Intelligence Agency in 2015 revealed that 83.5 per cent of delivered and ordered vessels for the year ending 31 December 2014 were commissioned by repeat clients. If you then consider how many superyachts are for sale or remain unused, you get a greater sense of how many UHNWIs really engage in superyachting and, if wealth reports are to be believed, our conversion rate seems set to fall.

The conspicuous consumption (defined as “Expenditure on or consumption of luxuries on a lavish scale in an attempt to enhance one’s prestige”) that played such an important role in the mid-2000’s yachting boom no longer seems to be a key driver for superyacht ownership. Indeed, quite the opposite appears to be true, with UHNWIs moving away from ownership to experiential models. Additionally, on the 2017 HISWA Press Tour, Robert Tan, Oceanco’s sales manager, explained that the main driver for superyacht ownership today is no longer prestige, but privacy, an UHNWI sentiment that was echoed in Wealth X’s report. But, does this desire for privacy present a difficulty for the superyacht market, as well as being a major driver?

The seclusion and privacy that a superyacht can offer an owner is fourth only to being in the air, being in space or being at the bottom of the ocean – which is an option for many owners today – but none of these have the permanence of yachting. And yet, it appears to be becoming increasingly difficult for the superyacht market to reconcile the desire for privacy with a global push for asset disclosure, a rise in the threat of cybercrime and an increasingly voyeuristic mobile phone/drone wielding general public. Perhaps this explains why the explorer vessel has risen to prominence?

People often assume that explorer vessels are purchased and/or designed to allow owners to travel to the world’s most far flung destinations and to a certain degree this is, undeniably, true. However, I would posit that it’s the explorer yachts capacity for autonomy that is, arguably, more important than its range. The ability to stay in remote[ish] destinations for longer periods of time may prove to be more appealing than a vessels nautical range, far from prying eyes, embittered general publics and within the environments that are so important to them. Maybe some of these models, those that aren’t the globe-trotting ice breakers they claim to be, would be better served marketing themselves as privacy vessels? This is, after all, what today’s UHNWIs value.

We have the vessels to get to these remote places and spend significant amounts of time there - although steps still need to be taken to greatly improve environmental impact of superyachts – now we need to develop the services and experiences that suit the sentiments of today’s UHNWIs. If owners value philanthropy and the environment, why not provide services that clean beaches before they arrive, without charging the traditional superyacht premium? We need to get our thinking caps on.

If the desires of modern UHNWIs are so different to those of yesterday’s, why are the superyachts being built on speculation today the same as those that were built yesterday? Or are we just hoping to survive on repeat clients until the world falls in love with yachting? It is hard to criticise 100 per cent custom superyacht builders because they build according to client desires. But, for those shipyards that are building on spec and failing to generate new custom (I can think of a number) why not try something altogether new? If the superyacht industry’s client base is changing, perhaps it is time that we started taking some risks and coming up with new products and new services, otherwise the percentage of UHNWIs owning superyachts is only going to continue to fall.

To join the debate, contact me directly at rory@thesuperyachtgroup.com or join the team at The Superyacht Forum, taking place from 13 to 16 November in Amsterdam.