Will the benefits of Donald Trump’s election as President of the United States extend beyond its profits to American buyers? 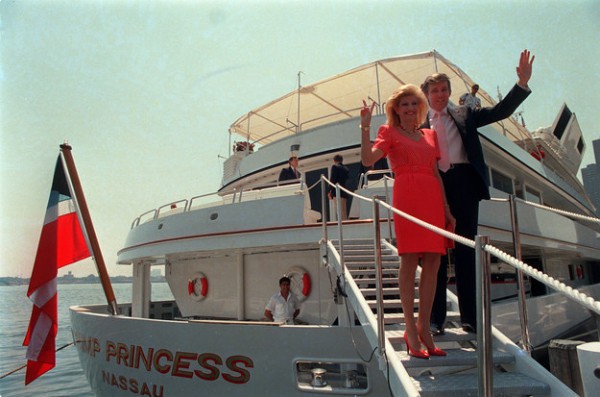 What are the implications on the superyacht industry of Donald Trump’s appointment as the new President of the United States? It’s a billion-dollar question.

At this point, forecasting for specific industries on electoral rhetoric alone – and no such application of proposed policies – is nigh on impossible, but one overarching question for this industry is, ‘will the benefits of Trump’s lower taxation and pro-business impetus extend beyond its profits to American buyers?’

“I couldn’t be happier”, extols Mark Elliott, sales and charter consultant – with a large US client base – at IYC. “The impact will be very positive. He’s a big businessman and we’ve needed a businessman to run our country. We’re already seeing an increase in the activity of US buyers. The stock market took a little bounce, as expected, but now it’s stabilised I think big businesses and corporations will flourish; for US buyers it’s a great sign.”

Jan Jaap Minnema, sales broker in Fraser Yachts’ Monaco office, says that “US buyers are positive and optimistic people anyway, who will always find a reason to buy”, and that at least Trump, the former owner of the 86m M/Y Kingdom 5KR, formerly Trump Princess, “Knows more about yachting than some other presidents.”

Trump’s taxation policies, if they come to fruition, are akin to a pay day for the 69,283 North American UHNW ($30 million+) citizens (Knight Frank, 2016). There will be a reduction in the top income tax bracket from 39.6 per cent to 33 per cent and a repeal of the death tax – offering little community benefit by way of the 0.2% of Americans that it affects, but hypothetically increasing the wealth of next generation US billionaires – and as CNBC suggests, 45% of worldwide billionaires are not self-made.

Businesses are set to retain greater profits through a business tax reduction to 15 per cent from 35 per cent. Pass-through income – currently taxed on a case-by-case basis, or a maximum of 39.6 per cent – will be reduced to 15 per cent. The IRS suggests that in 2013, the top 400 ‘earners’ in the US earned 20% of their income via pass-throughs and that each of these ‘earners’ will save, on average, $37.4 million per year from this reduction. Trump also proposes to close the carried interest loophole, currently taxed as capital gains.

As to the effects it will have on buyer markets out of the US, Minnema says “Only time will tell if it’s a good choice or not. We need a steady environment in our business without uncertainties. If his political actions aren’t too radical, the market will remain the same as it has been the last two years. If he remains as ‘calm’ and ‘normal’ as he was in his first speech, I think the industry will be all right.”