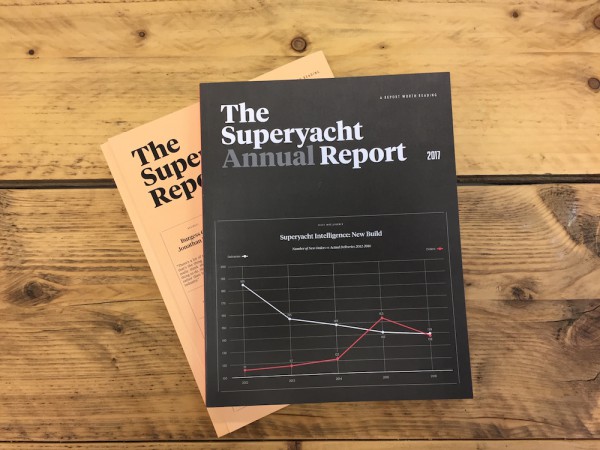 Unsurprisingly, the 30-45m motoryacht sector has retained its position as the industry’s core sector in terms of delivery numbers in 2016. With the average LOA of deliveries being just over 40m (43.46m), 60 per cent of all yachts delivered in 2016 were between 30-45m. However, while it remains the industries most numerous sector in terms of deliveries, its failure to recover to delivery figures that even remotely replicating those of 2006-2008, which saw cumulative annual delivery figures of between 166 and 181, is a microcosm of the greater industry’s health.

The ten year review of this sector shows that since the highs of 2008, delivery numbers have been consistently diminishing year on year, which is a trend that has, unfortunately, continued in 2016 with six fewer deliveries (at the time of writing) than in 2015.

However, it’s not only the 30-40m market that has experienced a gradual decline in the last five years, in 2016 the 45m+ size category saw two less deliveries than the previous year. And yet, the 45m+ segment, when considered using a different metric, is steadily growing. In 2016, the 40 yachts delivered had an average gross tonnage of 1,856gt – a 16 per cent increase when compared to the yachts delivered in 2015.

The common perception of today’s sailing yacht market is one of decline. However, while it may be not growing, it remains stable. Since the sailing yacht market bottomed out in 2013, when deliveries plummeted by 50 per cent year on year, the sector has rallied somewhat and established a degree of parity. So much so that in the past four years there has been between 15 to 17 yachts delivered annually.

To find out more, order your copy of The Superyacht Annual Report 2017, here.