SuperyachtNews.com - Business - The end of an era

The end of an era

A parting message, and an opportunity to reflect on an utterly unique industry… 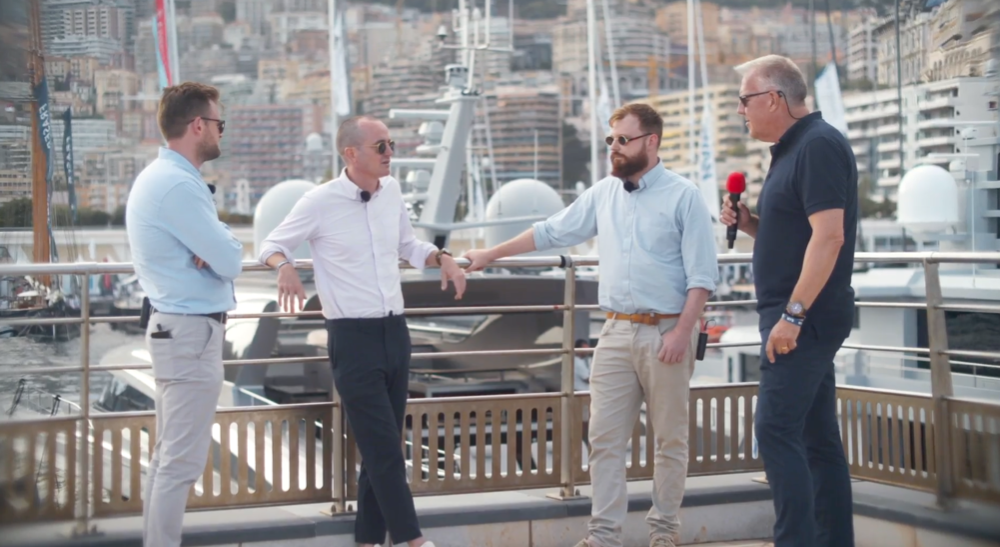 After nigh-on 11 years, it is with great sadness that I announce my time in the superyacht industry has come to an end. I am departing The Superyacht Group for pastures new, and a completely new beginning in a totally different sphere. As such, this article serves as an epitaph of sorts, for my career as a superyacht journalist.

I won’t dwell on my departure too much. Suffice to say, leaving this idiosyncratic industry has been a very difficult decision and a bittersweet milestone in my life.

What it does do however, is afford me the chance to reflect on my time in yachting, and more pointedly, my observations on how the market has evolved over the last decade.

Empirically, the superyacht market is a much healthier one than it was in 2011. Catalysed by the creation of vast sums of new wealth, the pandemic has been something of a purple patch for the superyacht industry, and has triggered a spike across every key market that serves as a tracker for our industry’s prosperity. Our industry, I’m pleased to say, is riding the crest of a rather large wave (to borrow a tenuous maritime phrase) and long may it continue.

I am becoming an ever-grumpier old man, and I do have something of a reputation among my team for taking a cynical stance on most things. But now seems like a fitting time for me to swallow a bit of humble pie and tone down some of my recent assertions that we’re in the midst of another market bubble. Instead, I’ll say that a downward trend across the new-build and resale markets is inevitable, but I do expect this to come sooner rather than later.

It is undoubtedly a positive market dynamic to bow out on, and although the aforementioned cynic in me will always fear whether complex superyacht supply chain will be able to meet such a profound spike in demand, the superyacht industry enters 2022 in a very healthy place, and its rich melting pot of contributors with every cause for optimism.

As a journalist, I am but a mere observer – a mirror to the industry. So, what has my decade in yachting revealed? Well, my answer contains both positives and negatives, and I guess, as is tradition, I should start with ‘the bad news’…

In my humble opinion, the industry still has an endemic issue with meritocracy, or its lack thereof. There remains a chronic lack of diversity of gender and ethnicity in this industry because too many companies remain fixated with appointing people who fit the profile of what is now an outdated maxim. This is to the detriment of our collective success, and affects everything from the way yachts are designed, to the way they are sold, and even the way they are reported.

Talking of reporting, we moving in a positive direction, with regards the hot potato that is ‘sustainability’, but there remains room for improvement. If I’m honest when I joined the industry, I was horrified by the dialogue surrounding envirnmental obligations. A decade later, I’m delighted to say that the association with environmentalism and ‘new age hippies’ has largely been eradicated. However, the topic of sustainability is so nebulous, and covered by the media with such laziness at times, yachting businesses are still finding it easy to obfuscate from their lack of ‘green’ credentials. This topic should be covered with the same seriousness and integrity as any other. We all know, for example, that hybrid adoption is negligible, as a percentage of the fleet. Yet its ‘rise’ is reported with the same fervour as that other misnomer, ‘exploration’, without any hard evidence beyond anecdotes to support it.

To avoid descending into a rant on the above, I suppose my two conclusions on the ‘bad news’ is:

1.     Hire better people.
2.     Practise a more honest and open dialogue between industry and media. Let the quality shine, on both sides, while the corporate communications presented as journalism sinks to the bottom without a trace.

So, now for the good news…

The yachts themselves continue to get better and better, in every way. Over the last 10 years alone, the spike in the average size of vessels has been pronounced. And as yachts have got larger, we have also seen a tangible shift towards a greater volume : LOA ratio, as well as efficiency of operation becoming an ever-more dominant paradigm. R&D departments are more prominent than ever and there is unfettered competition among the finest engineering minds to push the boundaries of technology across every inch of a superyacht. This should be celebrated as a profoundly positive contribution to the maritime sector as a whole, and thus the world.

Talking of prominence, the various corporate and professional service providers who used to take a backroom approach, now have the public profile of traditionally ‘sexy’ parts of the industry. Why is this important? Because, 10 years ago, I heard far too many stories of owners leaving the industry because they had been misled on the realities of superyacht ownership. Now though, there is a well-established client advisory sector, comprised of diligent and studious organisations providing best practice at every stage of the ownership process. They have served to make the management of this asset more transparent and less prone to nasty surprises. For that, I commend them.

There is also much to be said for superyachting’s expansion as an industry across the globe. It is no longer just the yachts themselves that touch every continent and pole. We now have conglomerations of superyacht businesses, as well as an ever-expanding network of service infrastructure, to support cruising almost anywhere. This quite simply was not the case 10 years ago, and while many within the ‘industry’ have questioned whether we can even call it such, the fact that our collective coverage is now global suggests to me that we can.

It is hard to bring my final sprawling ramble to a close, but nothing lasts forever – not even my interminable op-eds! So, by ending on some positives, now feels the appropriate time to bow out, and to thank every one of you who has enriched my life in our interactions over the last decade. There are many of you, and I guess that’s a testament to what a wonderful industry this is.