Each year at the Monaco Yacht Show, Sinot Exclusive Yacht Design presents a concept to inspire and challenge the market. This year is no exception as the Dutch studio presents Symmetry, a 180m concept with a reverse bow forward and aft.… 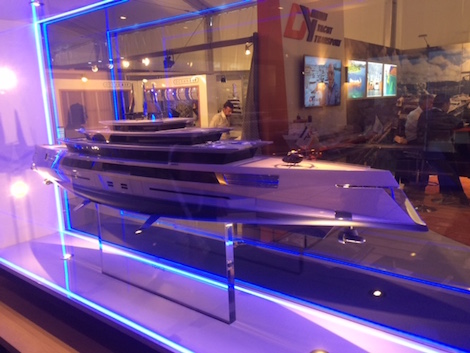 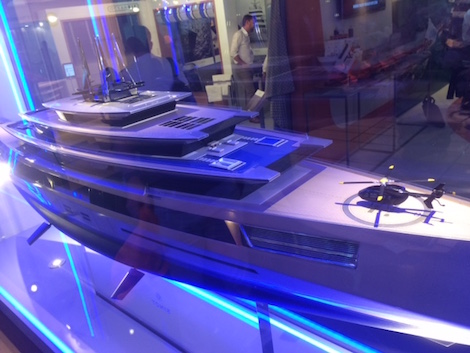 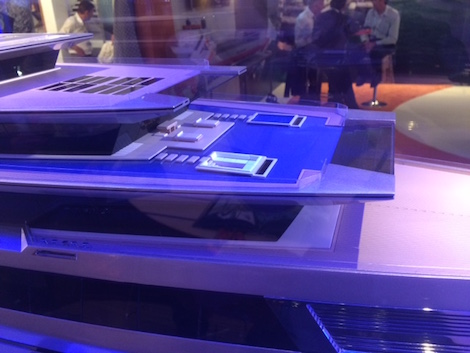 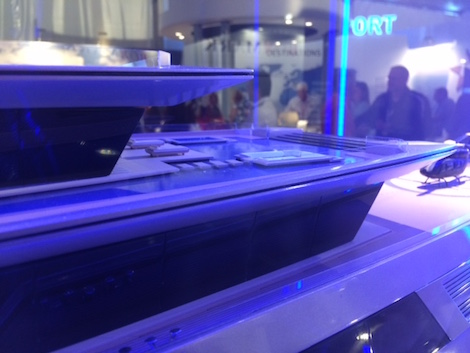 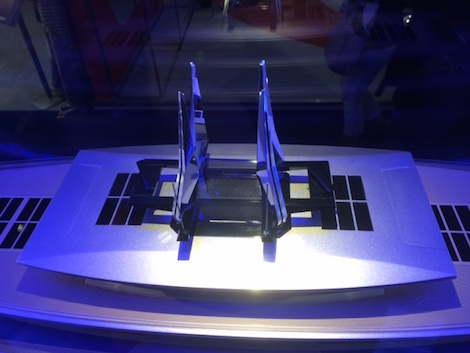 Each year at the Monaco Yacht Show, Sinot Exclusive Yacht Design presents a concept to inspire and challenge the market. This year is no exception as the Dutch studio presents Symmetry, a 180m concept with a reverse bow forward and aft, with naval architecture by BMT Nigel Gee.

“Because all the work we do is secret, its nice to be able to create a concept that we can present in Monaco – it gives us the opportunity to show what we can do,” explained designer Paul Costerus at Sinot Exclusive Yacht Design. “We went with a symmetrical concept this year because we’ve seen in nature how it strives for symmetry but the beauty is in the absence of symmetry. The exterior of Symmetry is fully symmetrical except for the helideck but the interior is asymmetrical, and because of this you can utilise the vessel in many different ways.”

The Dutchman explained that by making it possible to travel forward or backwards – an idea we’ve seen in other designs such as Lobanov Design’s 132m Star concept – it gives the owner the flexibility to be at either end of his or her private deck without having to sacrifice view or comfort. “The wheelhouse, which is on the top deck, offers a 360-degree view out to sea with all the systems and controls located in the centre of the deck, with a control console facing out on both sides of the yacht,” said Costerus.

In addition to her length, Symmetry offers a beam of 29m providing a vast amount of internal and exterior space. While she offers all the luxury additions you would expect, there are a couple of features that stood out in particular. On the owner's private upper deck, a two-centimetre deep water feature surrounds the superstructure. The aim of which is to blur the line between the end of the deck and the sea view on the horizon.

“The master stateroom is like a pavilion,” said Costerus. “When the owner is in bed looking forward it feels like you are literally sitting on the water. A few steps at the end of the deck with water cascading down them create the same effect as an infinity pool.”

The serene and natural finish of the interior is an attempt to create a beach house style  and includes numerous circular features, a signature style for Sinot Exclusive Yacht Design. In addition to this Symmetry offers an unexpected square skylight that extends from the top deck down to the main deck. Within this are two glass walkways that bridge the upper decks forward and aft while allowing views down below.

“This is a really cool feature that reaches all the way down to the interior pool,” said Costerus. “It is a super cool idea and we really like it.”