Following a period of years in which Sunseeker has reported losses, the British superyachting stalwart returns to profit for the first time… 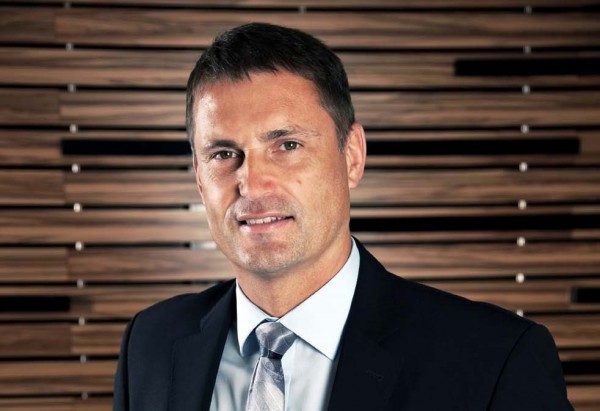 Sunseeker International Holdings Limited has announced that its audited accounts reveal a transition back into profit following a number of years operating at a loss. With a £6 million EBITDA (earnings before tax or underlying profit) profit margin, 2016 may prove to have been a re-defining year for the British superyachting giant. In 2016, Sunseeker delivered five new models to market, two of which were 30m or above, and saw its forward order book increase by 41 per cent by volume year-on-year (including sub-30m projects).

“The turnaround really began after our 2014 financial results, which were quite significant, at around a £30million EBITDA loss. That was the point at which part of the new management team came in with the mandate of developing a plan to return the business to profitability,” starts Phil Popham, CEO of Sunseeker. “We developed a three-year turnaround plan that we have completed in a couple of years.”

The 2016 figures reflect a £36million EBITDA improvement since 2014 and have come following an intense period of restructuring and investment across new products, improved facilities and human capital. Market reaction to these investments has seen a 25 per cent increase in revenue, from £202.6million in 2015 to £252.4million. Sunseeker has also created over 400 new jobs since 2014 and intends to add a further 170 in 2017.

“In terms of revenue, we ended last year with a very strong order bank, up 40 per cent on the same period for the year before. Additionally, our new products have sold well, but so have our current range. Much of our recent success is the result of bolstering our geographical representation,” continues Popham. “For the last two years, we have been focussed on improving our dealer network and filling geographical holes in representation.”

Popham explains that, over the last 18 months, Sunseeker has appointed new dealers along the east coast of North America, in Toronto, Canada, New York and Florida, and in South America, in both Argentina and Peru, which have “provided a lot of traction in the Americas”. Additionally, new dealerships have been added in Portugal, Germany, Croatia, Montenegro, Lebanon and Dubai.

“Our focus this year has been developing our representation in the Middle East and the Asia-Pacific region, with some success already,” Popham says. “We are fortunate in that, as the business has continued to invest in new and exciting products and moved back into profit, the attractiveness of the brand and the business proposition, from the dealership perspective, has grown significantly.

“We have also been focussed on brand consistency. The way the brand is portrayed and communicated, both physically and digitally, needed to be absolute. A lot of energy has gone into our corporate look and feel. What we expect of our dealers in terms of offices, their staff, their clothing, their provision of services to customers and any other elements relating to consistency are now detailed in their contracts. Our clients are well travelled and they need to see Sunseeker in the same light whether they are in London or Beirut.”

As well as developing an improved line of products and dealership infrastructure, Sunseeker has worked to reduce labour and material costs. Popham explains that Sunseeker has improved “the way in which we build boats, the facilities in which we build them and we’ve invested a significant amount of money in making it easier to build our boats. With ease not only comes speed, but consistency and quality. With a strong order bank, we are able to plan longer-term for our volumes and product plans and we are able to share some this information with our suppliers to provide more concrete commitments, this is reflected in lower piece costs.”

With Sunseeker returning to profit a year sooner than expected, its shareholders are now looking towards a more ambitious future and expect to see the turnaround plan give way to a growth plan. Popham reveals that over the next five years, Sunseeker expects to invest in excess of £50million on new products and facilities, to replace the current product range and, potentially, expand it.

“The business in on a fresh course, not just to strengthen our position as Britain’s largest boat builder, but as the global leader for luxury performance superyachts. All this, underpinned by a strong forward order book, means we are extremely excited about the future,” finishes Popham.