The new marina will hugely increase the island’s capacity for larger superyachts.… 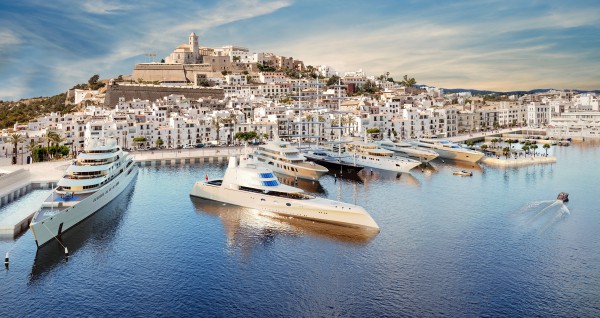 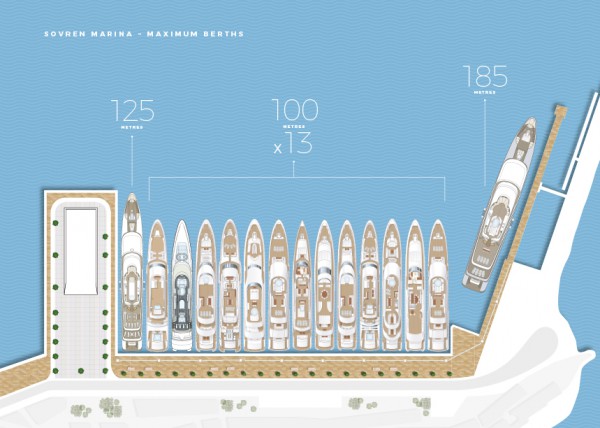 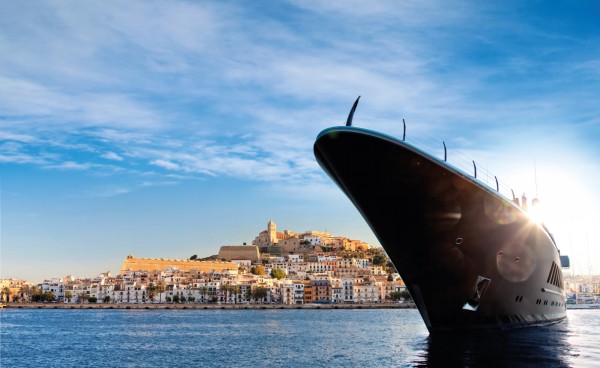 Sovren Ibiza, whose development plans were outlined in this SuperyachtNews article, has officially opened on the Spanish island. Stephen White, CEO and founder of Sovren Group, who spearheaded the project, speaks exclusively to SuperyachtNews.

The new marina reflects a regeneration of the island, which has steadily grown apart from its reputation as a hippy paradise, instead placing itself firmly on the list of glamorous travel destinations. For White, the shift in cultural attitudes has opened up the area to the superyacht industry. “Ibiza itself has moved itself up in the ranks of places to go to, the days of the 60s and 70s of hippy chic have now started to disappear and Ibiza is becoming a premier destination”, he explains. “Therefore, the local authorities are keen to see the superyacht market expand.”

Sovren Ibiza provides a significant rise in the facilities for superyachts in the area, specifically for the larger segment of the market.  A recent marina report from The Superyacht Intelligence Agency showed that there were 42 marina berths for 80m+ yachts previously available in the Western Mediterranean. The opening of Sovren Ibiza, with 16 berths, represents a capacity increase of 38 per cent.  “All of the berths can do above 80m. We have 13 berths up to 100m, we have one 125m alongside, and one 185m alongside, which is the third largest berth in yachting,” adds White.

"A recent marina report from The Superyacht Intelligence Agency showed that there were 42 marina berths for 80m+ yachts previously available in the Western Mediterranean. The opening of Sovren Ibiza, with 16 berths, represents a capacity increase of 38 per cent."

“The market above about 60m has never really been tapped in Ibiza,” he continues, discussing the facilities available previously on the islands. “There are a couple of berths in a few of the marinas, but the majority has been in the 15m-40m market, so the government sees this as giant step forward to elevate the island further.”

The marina has been developed from an existing port and area known as Port Ibiza Town and Duques de Alba. This project offered a unique opportunity for the Sovren Group to develop from existing maritime infrastructure in a popular area, a rare find among the crowded coasts.  “We’ve been very lucky in that Ibiza is one of the centralised locations and hotspots in the Mediterranean now, alongside Porto Cervo, Monaco and St Tropez.”

In another recent report, The Superyacht Intelligence Agency analysed the typical cruising patterns of superyachts, and found that 47 per cent of yachts who took part in the study spent their summers in the Western Mediterranean, with 39 per cent choosing to remain in the region for their winter cruising. White explains that a key reason why Sovren Group was awarded the project by the local government is the commitment to the marina functioning throughout the year. “This isn’t just for the summer season. This is a full-service marina, we’ve already installed all the shore power systems, so we’re looking to extend the entire season of the Ibiza marketplace,” says White.

Ibiza’s ideal geographical location means that yachts often cruise there well into Autumn in order to enjoy the favourable weather conditions.  “As it’s so far down Spain, it’s still beautiful into October and November, we even had boats last year cruising until December. Whereas in the past, people have been heading off for Turkey or Greece for their late season cruising, they now have a base closer to home to go and do that.” White also sees Sovren Ibiza as a safe, secure venue for owners to leave their vessels over the winter season.

ISPS-compliant, the new marina features state-of-the-art CCTV surveillance and 24-hour security patrol. Sovren Group plans to open a Flagship building in the summer of 2018, which can also be used by the local community.

White believes the new development will be strong competition to the established marinas along the Mediterranean coast, and reports a high amount of interest from yachts for the upcoming season. For White, the centralised Ibiza location and capacity for some of the largest yachts in the world is a winning combination. “This is a one of a kind marina,” he concludes.

All images courtesy of Sovren Group.

Cannes Yachting Festival: the show will go on