Russian oligarchs disappear over the horizon

With private jet company, Bombardier Inc paring output of its Global 5000 and Global 6000 business jets due to lowered demand from Russia and China, SuperyachtNews.com spoke to charter broker Valeria Alekhina at Fraser Yachts about whether similar effects are being felt in the charter industry.… 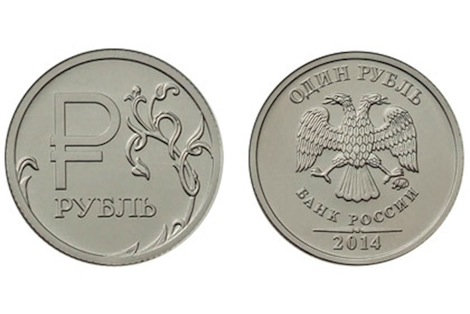 Recently, Bloomsberg reported that private jet company, Bombardier Inc was moving closer to paring output of its Global 5000 and 6000 business jets in order to cope with the fall in demand in Russia and China. However, it seems that the superyacht charter market is not feeling the same harsh effects.

Following on from Rebecca Taylor’s report in March on the tumbling ruble, where at the time reports had come in that there had been an 84 per cent rise in the dollar against the ruble, SuperyachtNews.com spoke to Valeria Alekhina, charter broker at Fraser Yachts about the state of the charter market in Russia and whether things have improved.

“As charter brokers we are still quite busy,” Alekhina explained. “It may be that it affects the market of smaller yachts and day charters. If anything, in comparison, we are a little bit above last year’s figures.”

According to Reuters, the ruble opened at 0.8 per cent weaker against the dollar and a loss of 0.3 per cent versus the euro, following lower oil prices and the end of tax payments in Russia.

Despite this and the drop in industrial growth, Alekhina suggested that this, “Actually reflects in our clients: owners and charterers have more free time on their hands, so they spend more time on their boats and not less. That’s the paradox of the crisis, people actually work less, especially those involved in industrial wealth.”

On the other hand, “Availability has dropped," she said. "For example we have a big fleet of yachts that we manage and the owners are spending more time chartering their own yachts for longer periods of time.”

Alekhina explained that a very small, select group of clients don’t see any alternative for a holiday: "What can you replace three weeks on a yacht with? So, even though they have probably lost their ruble base and lost half of their wealth, they would still come and spend some time on boats, because there is nothing you could offer them that could replace that.” She also identified 2015 as being worse than 2009's crisis due to the addition of economic sanctions.

However, she also highlighted some new trends, which she suggested were the result of political instability and insecurity. “People are showing a tendency to move to explorer boats in order go on more off the beaten track locations,” she explained. “They want somewhere quiet and away from people, rather than being in a crowd.”

“They want to feel more protected,” she added. “Before, my clients would not even consider an ice class boat, but now they don’t find them so ugly: tastes have changed. It makes them feel safe and they no longer want to be seen on the beaches of St Tropez, but rather they tend to go to the northern islands in Greece, which are quiet and sometimes uninhabited.”

This search for peace of mind away from the usual crowds is also highlighted by a change in requirements for facilities on board. “Many more clients are looking for yachts equipped with a spa, yoga equipment– everything to have a zen atmosphere, not to invite people on board, but just so they have everything in their own space,” she said.