M/Y 'Attessa IV' in a collision 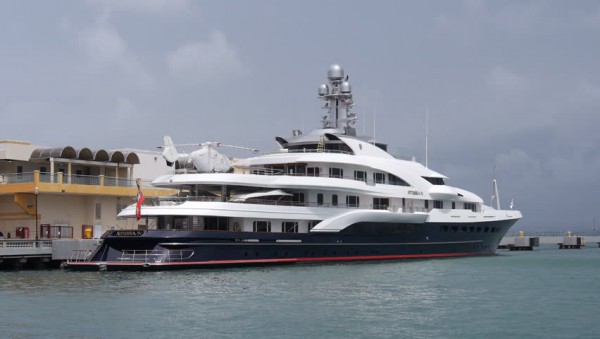 The 101m M/Y Attessa IV is reported to have been involved in a collision with a 65ft (20m) sportfisher, resulting in one fatality and several minor injuries.

According to local reports, the incident occurred on Friday 26 October off the coast of Imperial Beach, which is located between San Diego, the United States and Tijuana, Mexico. The 65ft sportfisher – named by news outlets as Prowler – was returning from a fishing trip when the vessel collided with Attessa IV.

At approximately 8 pm local time, the US Coast Guard received a call from Attessa IV reporting the incident. Hung and Ken Ngo, a father and son on board Prowler, spoke to local news outlets to describe the situation.  “Something hit the boat hard. Like bang!” recalled Ngo, “The whole right side of the deck was gone.” Ngo also expressed surprise that there had been no apparent warnings or signals from the vessel’s radar system. Despite the extensive damage to the sportfisher, the vessel stayed afloat. Eyewitnesses report that Attessa IV sustained scratches but was still seaworthy.

There are conflicting details of the actions that took place after the crash, but it has been confirmed that at least one of the individuals from the sportfisher was airlifted to a local hospital with critical injuries, and tragically, was later pronounced dead. The rest of the 17 passengers on board Prowler were returned to shore by the US Coast Guard.

This is not the first incident to occur on Attessa IV in recent years. In 2013, photographs surfaced of a helicopter that (due to high winds in the Mediterranean) had flipped over on the deck of the superyacht.

The US Coast Guard is still investigating the cause of the crash that took place on Friday night. SuperyachtNews will continue to report on any updates from the incident.