Alberto Perrone, director of yacht services at Lürssen, discusses the rise of the refit market… 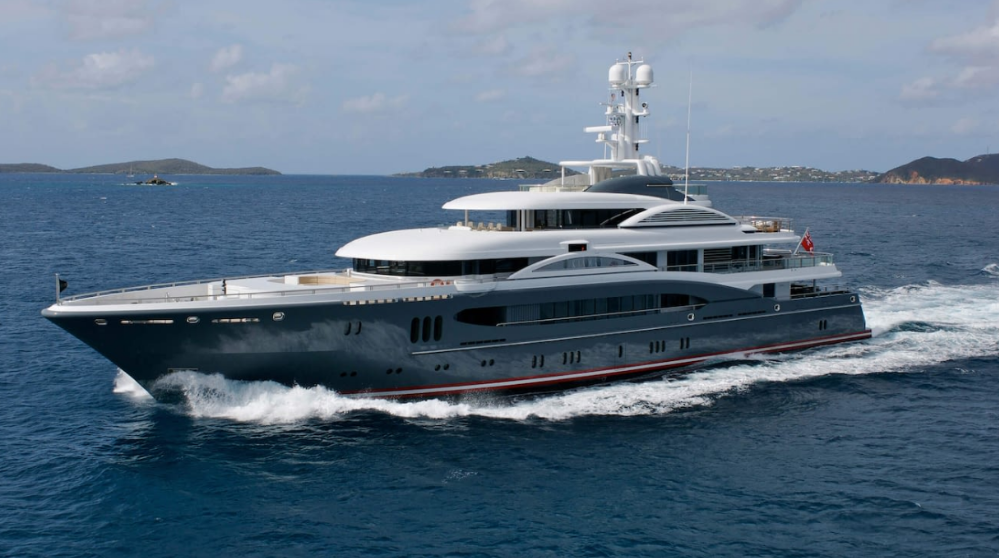 “I have a theory about the rise of the refit market,” starts Alberto Perrone, director of yacht services at Lürssen. “I have read and listened to a number of these theories over the years, but this is my own.

“After the global financial crisis (GFC), many shipyards and companies went out of business and too many of the yards that remained in business had to take such a large step back.  They had to freeze much of their machinery, workers, and reduce their personnel, for the simple reason that they had nothing to do. After the GFC, a number of shipyards disappeared and this created a void within the supply chain. When the world woke up, the market remained asleep.”

In the years that followed the GFC, there was a four-year hangover for a number of yards, where they were able to survive by dint of the projects they had on going and the desire of their owners to see the existing projects completed. In 2008, there were 118 active new build shipyards, i.e. 118 shipyards delivered at least one project that year. By 2012 this number had fallen to 93 yards and by 2017 there were only 51 active yards – the superyacht market’s new build yard capacity has fallen by 56.8 per cent.

“It wasn’t just the shipyards that were affected. All of a sudden a large number of subcontractors were forced to find work elsewhere and take different jobs,” continues Perrone. “The superyacht market was particularly affected by an exodus of quality highly-specialised subcontractors, if the work wasn’t there they had to rebuild and find work within a different, more commonly required discipline.”

Perrone explains that the demand for superyachts was still there from the world’s ultra-high-net-worth individuals, but the supply and capacity was no longer available from quality shipyards and subcontractors. The decreasing capacity of shipyards was exacerbated by an almost globally diminished attitude towards financial risk. Owners’ willingness to build at less-established superyacht shipyards was severely affected once the GFC had made their financial fragility abundantly clear. When combined with a lack of capacity elsewhere, refitting superyachts suddenly became a far more appealing option.

“If you open the magazines from 20 years ago, the word refit didn’t exist because it was simply not considered to be a viable alternative to a new build,” explains Perrone. “Today, refit closes a significant amount of business for us and the beauty is – for Lürssen and the owners – you don’t have to wait for the same milestones as with new build. The vessel is in and out in six months; seven or eight if it is complex.”

However, Perrone explains that the benefit of a burgeoning refit business goes beyond its ability to generate revenue and satisfy owner demand. For many shipyards, the harsh lesson of the GFC was that they were riding an unsustainable wave of market growth that seemed like it would never end. When it did, their models of business – that relied too heavily on the new build market – were shown to be wholly inadequate.

What grew out of the GFC was a greater appreciation of the refit market’s potential. Today, refit’s new image has grown far beyond just a viable alternative to the new build market and a means of generating alternative revenue streams, and into a preferred option for owners that appreciate value for money and time. In recent years, Lürssen, which originally made its name as a new build behemoth, has become a far more active participant in the refit market and not only with its own vessels. While best known for its work with the world’s largest superyachts, Lürssen is willing (and eager) to entertain projects for both new build and refit within the 55m-plus range.

“Fortunately, and unfortunately for Lürssen, we cover both the new build and refit incredibly well. It is vital for us that we don’t favour one more than the other. It is great that we are busy on both fronts, but the bad thing is that you have to pay attention not to feed one side more than the other in a way. The most important thing for us is to listen to the client, engage with them and generate an understanding of what style of project would be most suitable to them,” concludes Perrone.