SuperyachtNews.com - Business - Letters of Intent: binding or not?

Letters of Intent: binding or not? 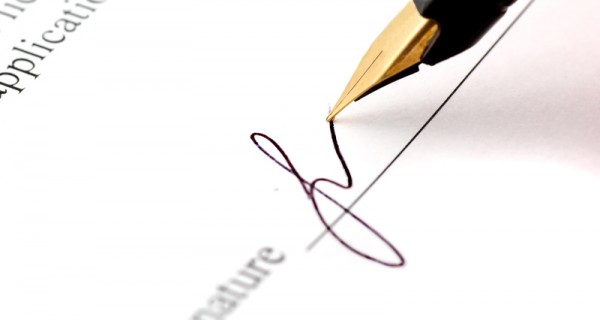 If the contracting parties are not yet prepared to enter into a binding agreement, they may consider signing up some kind of non-binding commitment. However, by signing a Letter of Intent the parties may lose part of their freedom to act and may have to comply with certain expectations of the other party in further negotiations. In the Netherlands, the Letter of Intent is not legally defined, and therefore each document referred to as such will have to be assessed separately in order to determine whether one or more obligations arise from it for the signatories. The following description of a Letter of Intent in an international context, based on an analysis of approximately 10 Dutch and foreign writers is frequently used:

"A written document, drawn up in the context of negotiations leading towards entering into an international commercial contract, in which the drafter(s) declare(s) his/their intentions with regard to the progress of the negotiations, without the declaration(s) issued being aimed at any legal consequences."

Given the fact that in our experience the great majority of Letters of Intent are drafted by non-lawyers, in many instances the language is lacking in precision which creates potential problems in the future. Another cause for Letters of Intent to sometimes be very ambiguous is that the parties may try to draft a document that binds themselves as little as possible while simultaneously binding the other party. We are not in favour of this approach.

It is preferable to express as clearly as possible what is to be binding and what is not to be binding. Whether any legal consequences are intended with the document in question depends on the mutually known intentions of the parties. These possible intentions of the parties will, in the last resort, have to be determined later by the court or arbitrators. It should be made clear that the intention to reach agreement as much as possible does not mean or imply that, at the moment the Letter of Intent is signed, the parties already wish to be committed.

According to a Dutch law provision, the wishes of the parties must be aimed at bringing about legal consequences. Whether or not an agreement is aimed at bringing about a specific legal consequence must be interpreted on the basis of the intention of the parties, as these are expressed, or at least as these become apparent during the negotiations. The concrete circumstances of the case and that which is usual in the appropriate business circles can have a decisive influence on this.

If a party expects to create certain obligations for the other party it is better to expressly phrase this in the Letter of Intent, including the consequences of potential breaches, also in terms of damages. In English law the effectiveness of the use of “subject to contract” is well recognised. It is intended to deprive the text in which it appears of all legal force. In continental systems of law the consequences of this phrase will depend on the interpretation of the entire contractual context. Parties should be aware that where negotiations have begun to produce certain results, a Letter of Intent, which records the agreement on the results so far achieved will involve an obligation not to question these results any longer except by common agreement due to the progress of the further negotiations. In practice, the Letter of Intent appears in many guises. It can be a declaration in letter form signed by one of the parties, but it can also be a record of several arrangements made signed by both parties, among other things on the manner in which further negotiations are to be carried out in order to reach consent on points still outstanding.

My general recommendation is that non-legal negotiators should be very careful in drafting Letter of Intent since the consequences of such a letter may be very binding, although not wanted.

In issue 176 of The Superyacht Report we ask a selection of the superyacht industries top legal professionals to what extent Letters of Intent constitute a binding contract.

Hong Kong to ease its restrictions on superyachts