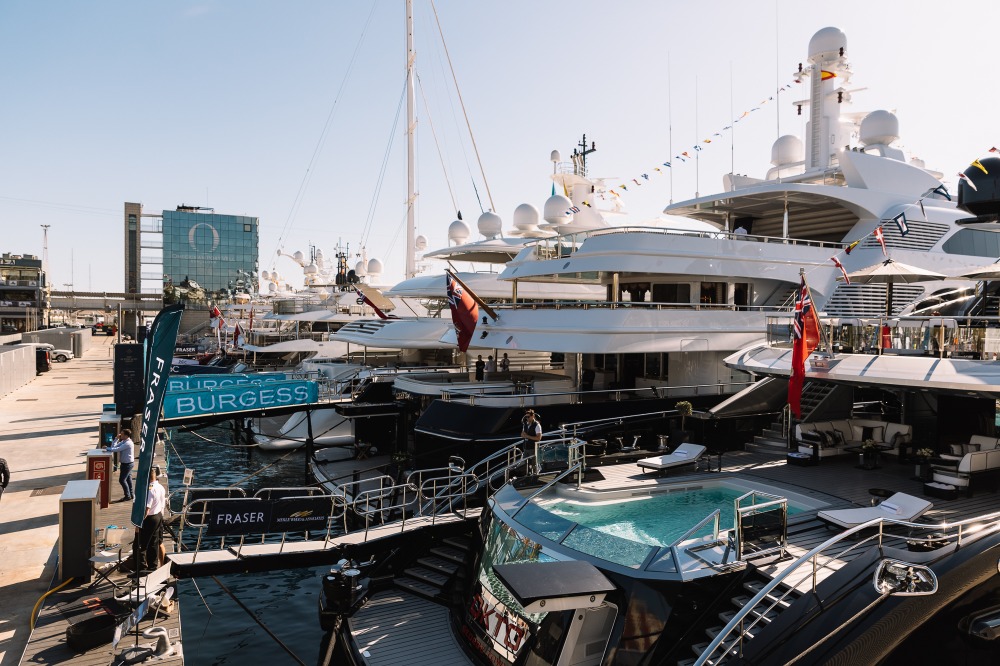 The tangible benefits of LYBRA to the brokerage community and its clients are certainly well veiled, if not miscommunicated, by its behind-closed-doors approach. The first edition of The Superyacht Show, however, held at OneOcean Port Vell in Barcelona this week and hosted by LYBRA, has provided more of a glimpse into the inner workings and extremely positive direction of the association.

For Jonathan Beckett, president of LYBRA and CEO of Burgess, The Superyacht Show has demonstrated a real sense of unity among the LYBRA brokerage houses, which have put together a world-class display of 22 (predominantly) 45–80m yachts for an exclusive audience of brokers, buyers and buyers’ reps.

“It’s difficult to gauge exactly what boat shows deliver in terms of sales,” Beckett explains, in an exclusive conversation with SuperyachtNews. “One thing we do know is that traditional shows are great for the profiling of a company, but do we sell boats as a result? And how many do we sell? It’s hard to know, and these shows cost a fortune.”

Beckett says The Superyacht Show is an “affordable and discreet” alternative to major shows, and while the footfall has been very light, the traffic has been top quality. “We knew it was going to be like this,” he says. “Every show starts from humble beginnings and now we’re out of the starting blocks and the show is already confirmed for next year.”

“The levels of investment needed over the last five years, and certainly over the next five years, are quite significant [if they are] to be game-changing."

According to Beckett, some of the brokerages were umming and ahhing about the size of the exhibition before the show, but everyone has been pleased with the result – and the plan is to lift the tally of boats to around 35 next year to complete an entire dock.

Beckett reiterated that the boat show is also open to non-LYBRA brokers. “It’s not actually an exclusive show – it’s a public show and any broker can come with their clients. It’s not meant to be exclusive and look like we [LYBRA] are kicking other brokers out, but we own it and organise it, and we benefit from having first dibs on the berths.”

The LYBRA committee met on the second day of the show to discuss rectifying problems with the industry and its clients. Even though LYBRA members are competitors, Beckett says, “We’re all pulling the rope in the same direction and we’re all faced with the same problems.” He adds that roughly 50 per cent of the market is now co-brokered, so brokers have become used to working together.

As to whether the LYBRA members are investing enough time and effort into the association to really make a difference to the industry, Beckett says, “If you really want to do something game-changing, you need a war chest of cash. The problem with this industry is that we’ve grown up from a cottage industry where we’ve all funded ourselves. We don’t have outside backers.

"We’ve realised that the competition is not between us [the LYBRA brokerage houses] but the 40 per cent of the business that is done by the people with a zero per cent market share."

“We’re getting to a much more professional level and the levels of investment needed over the last five years, and certainly over the next five years, are quite significant [if they are] to be game-changing. If we [Burgess] invest a couple of hundred grand into something as a company, it sounds like a lot of money, but with two million you end up with quite a lot.”

One thing LYBRA brokerage houses are trying to do is pool together information to improve market analysis. “We’re trying to improve charter seasons and analyse numbers better,” Beckett explains. “If we give Eric Blair [LYBRA’s secretary general] the number of charters we do direct, the number of charters we do with C&N or Fraser, the nationality of the charterers and the commissions we earn, and every LYBRA company does that, then we have control of 60 per cent of the fleet and you can say, ‘Right, the Mexicans have 4 per cent of the market and only 7 per cent of charters are in Croatia’ – we have the statistics to prove it.”

Actual selling prices, however, remain relatively undisclosed, because the larger brokerages have to adhere to strict non-disclosure agreements – something brokers "live and die by", according to Beckett. “But, there’s lots of sharing and the comfort level in the [LYBRA committee] room now, compared to when we started, is amazing. We’ve realised that the competition is not between us [the LYBRA brokerage houses] but the 40 per cent of the business that is done by the people with a zero per cent market share."