The tax was due to come into effect on 1 January, but has been temporarily suspended while concerns are raised… 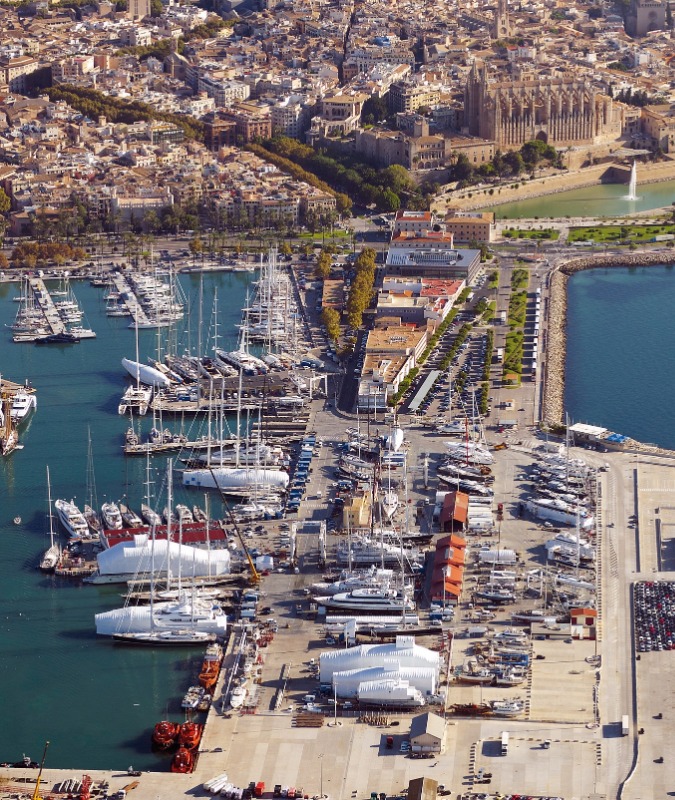 In November 2019, the Balearic Port Authority (APB) published a resolution approving the so-called ‘tasa de actividad’, which consists of a fee on any business activity relating to the repair and refit of yachts in Balearic ports under the jurisdiction of the state, which includes the ports of Palma, Alcúdia, Mahón and Ibiza.

The tax was due to come into effect on 1 January 2020 but, prior to enforcement, the APB Council decided to suspend it temporarily due to the concern and controversy it caused within the local yachting community.

The rate of the proposed fee ranges from 1.5-3.5 per cent of the turnover of companies and sole traders undertaking such services within the ports, dependent on the type of authorisation held (permanent or temporary) and whether the services are being carried out in facilities dedicated to refit and repair activities or in other port facilities, such as marinas.

“The most common scenario would be that the works are being carried out in facilities expressly dedicated to such purposes, in which case the rate ranges from 1.5 to 2.5 per cent,” explains Miguel Ángel Serra, partner at Albors Galiano Portales and legal and tax advisor of the National Association of Nautical Companies (ANEN).

Serra adds that the discussion regarding the fee dates back some time, as it is a tax that was set out in the State Ports Law in 2011, and is already implemented in the main Spanish state ports. “We had not heard much about it until now because the fee is paid by the concessionaires of the ports, which obviously add it to the final price of services,” he advises.

While concessionaires carrying out refit and repair activity themselves, such as MB92, have been paying the fee, ‘open facility’ concessions that are just renting the space, such as STP, have not. This also means that refit and repair companies working within such open facilities have not been paying the fee. The new rule was, therefore, proposed by the APB to avoid any further discrimination, but it of course leaves many of the companies working within STP concerned about the additional tax.

There are also likely to be possible issues with the implementation of the fee. “Because of the popular ‘open facility’ model in the Balearics, where any authorised company can work, outsourcing is frequent and, considering that the taxable income is based on turnover, it’s easy to see that double, triple or multiple taxation cases may arise,” explains Serra.

This issue and others surrounding the implementation of the fee have been under discussion since July 2017, when the APB requested reports on the preliminary draft from yachting associations including ANEN. The same problems were discussed in 2017 but never solved and, therefore, have now resurfaced and caused much heated debate over the last few months.

“Beyond the obvious need for technical improvement of the text, in my opinion the main problem has been the lack of dialogue, information and consensus to implement the fee in a coherent way that fits the reality of the Balearic yachting industry,” concludes Serra.

“ANEN, the Spanish Large Yachts Association (AEGY), Balearic Marine Cluster, Balearic Business Association (CAEB) and the Chamber of Commerce of Mallorca have been working together to solve the problematic aspects that would derive from the application of the fee, which required its temporary suspension. It is also fair to say that the APB has been receptive and willing to analyse the issues raised and adjust the specifications so that the result is agreed, clear, simple and as neutral as possible, and takes into consideration the particularities and complexities of the Balearic yachting industry.”

The Balearic Superyacht Forum is being held on Tuesday 28th April 2020 in Palma. Attendees will be helping to shape the future of the Balearics. Throughout the forum, we will consider how we can invest, upgrade and adapt its infrastructure and service proposition for the future. To find out more about the event, and register your interest, please click here.

Standing out in the refit market

Charter activity in the Balearics drops for second consecutive year