In conversation with Dennis Frederiksen 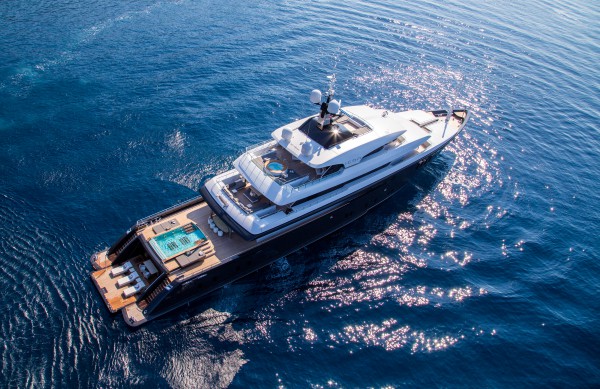 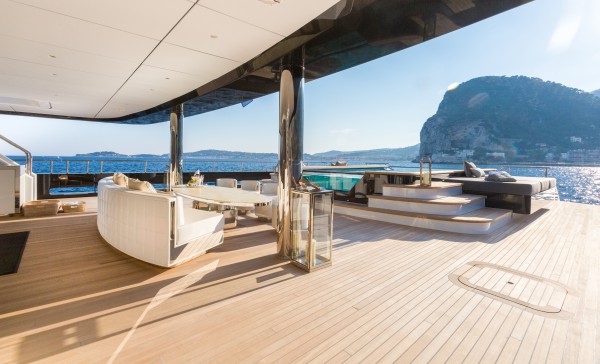 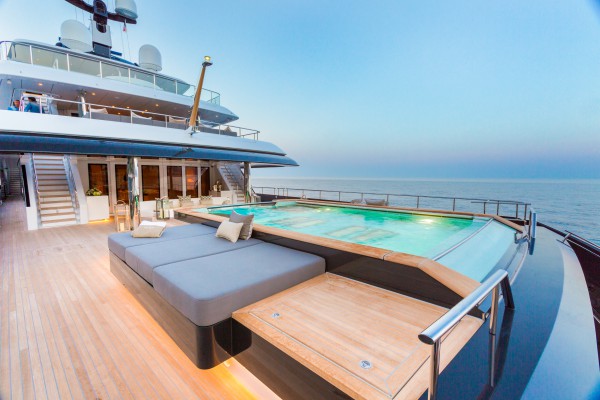 Fraser has had a very hot streak of large brokerage sales in the past few weeks: the sale of 107m Ulysses, rumoured at the 2017 Monaco Yacht Show (MYS), came to fruition; 67.5m Icon was confirmed as sold on the second-last day of the show; and the firm announced this week the sale of the in-build 47m Turquoise Yachts build, Razan.

The former owner (seller) of Icon, who bought the yacht in 2014, and Icon Yachts shipyard, shortly thereafter, re-listed the boat for sale in June 2016, for €62.5 million. Fraser was brought in to assist Camper & Nicholsons International with the sale in January this year, after the boat had received two substantial price reductions.

She eventually sold with a final asking price of €48.5 million – a deal that Dennis Frederiksen, sales broker at Fraser, said was wrapped up within two days. “At her original pricing level, there was simply too much of a gap between buyer and seller expectations,” he explained. “The hope was that there would be one person out there who was very keen to buy her at the higher price, but the market is just not there today.”

Icon is one of the most successful charter yachts in the upper superyacht size-ranges, a sector of the market where the competition is scarce at best. On a good year, she can complete around 25 weeks of charter at her rate of €500,000 per week. However, due to the ownership structure of the yacht, this statistic includes six weeks of owner use, on average.

During a tour of Icon Yachts earlier this year, the yard claimed the boat’s full refit back at the yard in 2014, which included a 5m aft extension, enabling space for a large swimming pool and beach club expansion, improved its charter output by at least 30 per cent.

“Today, we’re having to be much more creative and flexible with our deals and customise each deal around the buyer and seller’s wishes. That’s how we sold Icon."

“Without that extension, the boat would not be what it is today,” continued Frederiksen. “I mean, it was a great boat before, the bones were there, but with today’s craze being beach clubs, swimming pools and a long stern, it really added to the desirability. In the past, people were sat on the top decks.”

Frederiksen said the new owner will operate the boat privately to begin with, but she may reappear for charter again next year. She is about to go to Cyprus for winter, where she will undergo maintenance and personalisation work for the new owner.

In the last couple of years, Frederiksen has had success in this market segment, completing the sales of 56m Annaeva (now AE Cap d’Antibes), 66m Imagine (now Infinite Shades) and 67m Aquarius (now Maria). However, he insists that sellers are still keeping their prices too high, while buyers are going in hard for a bargain.

“Two or three years ago, the market was much harder – the clients were there, but they were dreamers, and even if they got a good price tag, very few were stepping up. I had negotiations on those three boats I just mentioned, where we got good prices and even contracts in place, but people just didn’t follow through. It’s only the last six months or so that we’ve really noticed these negotiations materialising into something.”

The dollar, recording 1.20 (EUR/USD) on 20th September, had made gains on the euro over the course of the week running up to the opening day of the show, on which it recorded 1.17 (27th September). However, during the show and by the close of the final day (30th September) the euro had fought back to 1.18. Frederiksen said it was “unfortunate timing” for yacht buyers, because all of a sudden, the yachts were more expensive for American clients buying in Europe and the market was less predictable.

"Again, it comes down to new ways of thinking and doing business. Getting the yard involved in the transaction made the buyer feel a lot more comfortable.”

Frederiksen acknowledged that the European market is not representing the same strength as the US, but added: “I really haven’t seen the Americans being so active on my listings. They’re enquiring and making quotations for shipping the boats, or doing some refit work, but they’re not following through.”

Offering somewhat of a retrospective of the brokerage market’s evolution, Frederiksen considers the mentality for dealing with clients as the major shift in the marketplace in the past five to eight years. “It’s all dictated by the clients – we have to follow the line of thinking of Ukrainians and Russians, because they’re coming into deals with different attitudes to the Germans, English and Swedish, for example.”

“They’re [Ukrainians and Russians] more aggressive – there is more of a ‘take it or leave it’ attitude. If the seller is not interested in the buyer’s terms, they [the buyers] just say, ‘Fine, we’ll go to the next boat’. So, we’ve had to adapt ourselves. Rather than telling them this is how it’s been done over the past 20 years, we've had to align ourselves with their mentality.”

Frederiksen, who has been at Fraser for 21 years, explained that senior sales brokers are being prompted to adapt more than ever before, due to a proliferation of young, Eastern sales brokers, who can better understand the mentality of Russian clients.

“Today, we’re having to be much more creative and flexible with our deals and customise each deal around the buyer and seller’s wishes. That’s how we sold Icon: during the survey of the boat, there were a few points worth discussing and so we involved the shipyard [Icon Yachts] in the discussion.”

Frederiksen said the yard’s aptitude to resolve issues on the boat was particularly impressive and a “big factor” in getting the deal over the line. “Again, it comes down to new ways of thinking and doing business. Getting the yard involved in the transaction made the buyer feel a lot more comfortable.”