SuperyachtNews.com - Business - MARPOL Annex VI - What you need to know

MARPOL Annex VI - What you need to know

The New Year has brought with it the first elements of the IMO Tier III MARPOL Annex VI NOx regulations, but who does it effect, what constitutes an exemption and who benefits from a stay of execution? 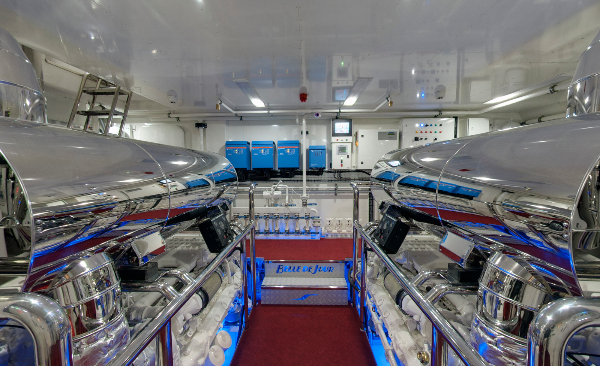 After years of nervous industry anticipation, the advent of 2016 has seen the first elements of IMO Tier III’s MARPOL Annex VI nitrogen oxide (NOx) regulations come into force. SuperyachtNews.com speaks with Udo Kleinitz, Secretary General of the International Council of Maritime Industry Associations (ICOMIA), about who the implementation affects and what owners and industry professionals need be aware of.

The rule stipulates that all engine installations with a power output of more than 130kW, whether it be a propulsion or auxiliary engine, that are to be used within Emission Control Areas (ECAs) for NOx (the only current example being assigned to the North American East and West Coast, Hawaii and the US Caribbean) must be fitted with systems that ensure the vessels produce 74 per cent less NOx pollution than previously allowed under IMO Tier II. There are however, exemptions and delays to consider.

It must be clear within any vessel’s documentation, that wishes to benefit from the exemptions and delays discussed within this article, that it will exclusively be in recreational use, that is, intended solely for use as a sport or leisure craft. If this is not made explicitly clear you are at risk of failing to benefit from any exclusion or delay.

“We have followed up with the key flag administrations related to our sector to ensure that charter yachts are considered ‘recreational’ within the specific provisions applicable to recreational vessels.” continues Kleinitz.

There is a second provision within Tier III that allows vessels with engines less powerful than 750kW (1000hp) to be exempt from the ruling – provided they have demonstrated to their administration that it is not possible to install a Tier III compliant system. This provision does little for large motoryachts in terms of exemption, but does allow for sailing yachts, to state an example, to be judged on realistic and individual merit with regards to technical preclusion.

The third, and most commonly commented upon provision, allows recreational vessels longer than 24m and below 500GT a stay of execution until 2021. With that in mind, such vessels that have their keels laid beyond January 1 2016 and have a gross tonnage in excess of 500GT will have to comply with the Tier III NOx regulations assuming a global cruise specification that includes the NOx ECAs. Compliance will most likely take the form of an additional exhaust treatment system.

The crucial information that led to the eventual admission of the five-year delay for vessels above 24m but below 500GT concerned the near impossibility of fitting exhaust treatment systems, be it during a new build and dramatically reducing usable guest space, or during a refit and moving bulkheads as well as reducing space, without rendering vessels in the 24-30m range economically unviable when compared to their sub-24m counterparts.

In an interview at the London Boat Show 2016 Chris Gates, managing director of Princess Yachts, commented, “We are very concerned about about a regulation catching the industry out before the technology is available.” The hope echoed throughout the industry is that exhaust treatment systems develop sufficiently over the course of the next five years in order to make their inclusion feasible and superyachts below 500GT economically viable.

Issue 168 of The Superyacht Report, published 26th February, will include a review of construction and operational regulations, including MARPOL, LY3 and PYC.