SuperyachtNews.com - Business - Genoa is well on its way to becoming the global capital of yachting

The city is now home to its own international boat show… 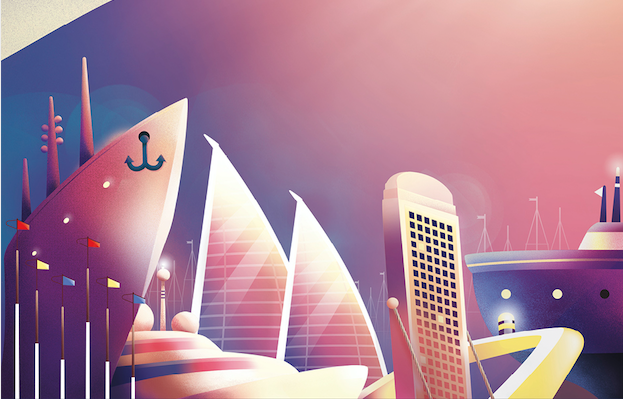 “We want Genoa to expand beyond the borders of a single event, to become the capital of yachting. No other city has such a rich maritime history and culture as Genoa.” With these words the President of UCINA (Italy’s Marine Industry Association), Carla Demaria, announced how this year’s 59th edition of the Genoa International Boat Show, organised by UCINA and scheduled to take place from 19th to 24th September 2019, will set the bar even higher than previous years.

The announcement came during a press conference held in Milan, at the headquarters of Italy’s national business newspaper Il Sole 24 Ore, where President Demaria was joined by the Mayor of Genoa, Marco Bucci, President of the Liguria Region, Giovanni Toti, and Commercial Director of the International Boat Show, Alessandro Campagna.

Just like last year, the idyllic maritime city of Genoa will be open for both business and pleasure as one of the world’s most visited boat shows takes over its historic harbour. However, this year will see a new, more expansive and inclusive display of Made in Italy excellence.

Inspired by the global success of Milan’s model for its own Salone del Mobile, organisers want the International Boat Show to reach beyond the pavilions and permeate the surrounding city with events throughout the year, transforming Genoa into the true capital of yachting. An idea shared by Genoa’s Mayor, Marco Bucci: “The aim is to offer an International Boat Show that keeps on growing”.

Last year the 58th edition of the Genoa International Boat Show (174.610 visitors, 951 exhibitors from 27 countries, 4.780 sea trials) with its successful four-shows-in-one structure splitting the event into specialised areas tailored to each market segment’s needs, surpassed all expectations, shattering its own records as the biggest event on the Mediterranean and central city for the global industry.

This reflected the positive market trends of the four segments and of the industry as a whole. In fact, the Italian boating industry is still on the rise for the fourth year running with a predicted growth of 9.5% in 2018 and for three years running now the Genoa International Boat Show has mirrored this success with a consecutive double-digit upward trend. Thanks to the contribution of the ITA – Italian Trade Agency, the Government Agency that supports the business development of Italian companies abroad and promotes the attraction of foreign investment in Italy, the 59th Genoa Boat Show will welcome 150 guests, between foreign media and buyers.

This year looks like it won’t disappoint with more exhibitors already applying for space to showcase their products than last year. So many, in fact, that the 100,000 sqm of land and 100,000 sqm of water available are already fully booked and organisers are having to develop innovative technical solutions to accommodate such a high number of applications.

The Italian city and its leading boat show seem unstoppable, driving the economy and showcasing Italy’s world class excellence and unmatched maritime history. This magnificent industry has found its capital and its name is Genoa. See you there from 19th to 24th September 2019.

Insights from the Palma Superyacht Show 2019