Despite the disruption caused by the COVID-19 pandemic, GYG expects to meet market expectations for 2020… 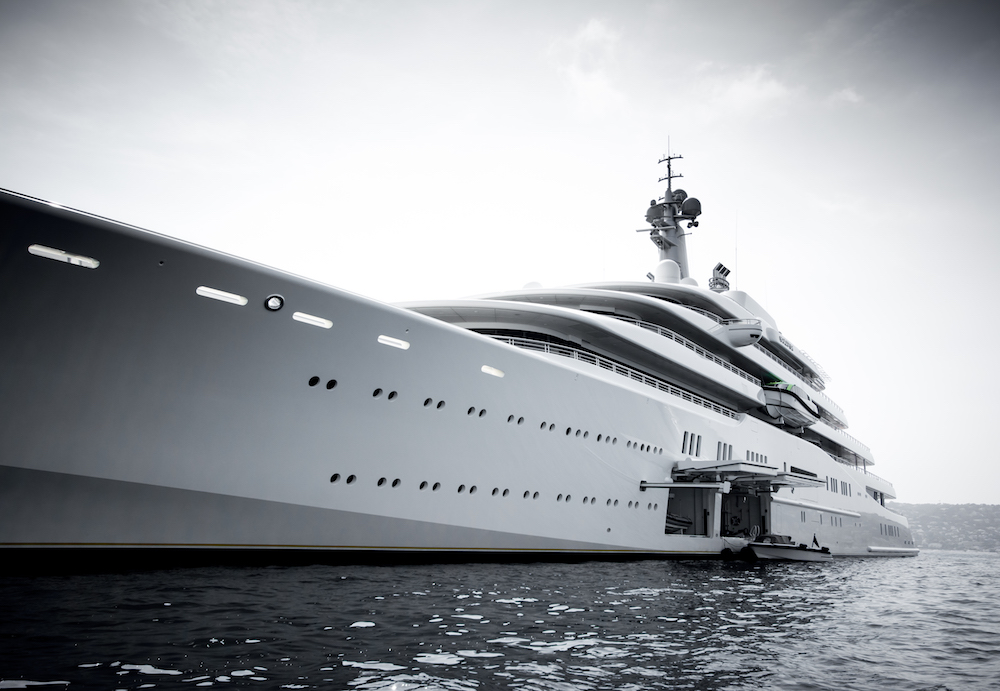 GYG, the market leading superyacht painting, supply and maintenance company, today provides the following update on trading for the six months up to 30 June 2020 (H1). Following a positive first half of the year, and positive activity scheduled for the rest of the year (H2) and into 2021, GYG’s board remains confident that the Group is on track to meet market expectations for the full year, which have remained unchanged since before the disruption caused by the COVID-19 pandemic.

“Despite the challenges that the COVID-19 pandemic has presented, the Group has had a good first half with no projects cancelled and a significant increase in refit work over the summer months, which tends to be a quieter time due to normal Mediterranean cruising patterns,” comments Remy Millott, GYG's chief executive.

“Most importantly, despite lower revenues in H1 compared to 2019 and the disruptions encountered in March and April, we have taken the opportunity to continue further restructuring of the Group, which has resulted in significantly improved margins. It demonstrates that the team’s focus on improving margins is starting to flow through and will continue in H2. This has enabled us to be confident that we are on track to achieve what we had expected to at the start of the year, despite the disruption caused by the COVID-19 pandemic.”

Millott adds that the second half of 2020 has started well, with the positive momentum from H1 being maintained through the summer and into Q3 and Q4; “The order book remains strong and the team are working on a number of potential leads that will further strengthen this through the second half while maintaining our keen focus on gross margin improvement. The board remains confident that the Group is on track to meet market expectations for the full year and continues to look to the future with confidence.”

“The order book remains strong and the team are working on a number of potential leads that will further strengthen this through the second half while maintaining our keen focus on gross margin improvement.”

Despite the disruption to operations caused by COVID-19 in the first half of 2020, the Group expects to report increased Adjusted EBITDA of €1.6m, which would equate to a 22 per cent increase in the Adjusted EBITDA margin. The board is confident that this improvement in margin is sustainable and there is potential for this to be increased further.

The Group expects to report revenues for the first half of 2020 in the region of €29.1 millon. During the pandemic, no contracts were cancelled and, as a result, most of the associated revenue originally forecast for the first half of 2020 was delayed into the second half. During the period, the Group also improved the size and visibility of the order book and agreed new bank facilities with its lenders to further strengthen the balance sheet and provide resilience against COVID-19 uncertainties.

As previously announced, the Group signed a major new build contract earlier this year for an 80m-plus yacht, which is scheduled to start in Q4 2020 and is in advanced negotiations for further new build projects for 2021 and 2022. Four of the six new build contracts signed in 2019 have either started or are due to start in Q3 which will increase new build revenues through the remainder of the year.

As outlined in the final results on 22 July 2020, the Group experienced strong sales momentum in the first half of 2020 with the signing of several major refit contracts for immediate start, increasing refit revenues during the traditionally quieter summer months. This included two contracts, with a combined value of over €6 million, with MB92 Group in Barcelona, Spain and La Ciotat, France, and a 70m-plus yacht in Palma, with work on these vessels already begun. In addition, a further contract has recently been signed with MB92 Group for a 100m-plus yacht. Work on this project will commence in the latter part of Q3.