Global Yachting Group, the superyacht service and supply group, is expected to begin trading on AIM on 5 July 2017… 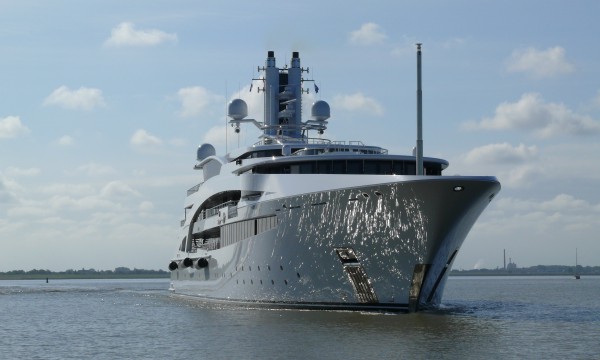 Global Yachting Group (GYG), the superyacht service & supply group comprising Pinmar, Rolling Stock, ACA Marine, Pinmar Supply and Techno Craft, has announced its application for the admission of its entire issued share capital to begin trading on AIM, the market operated by London Stock Exchange. It is expected that dealings of GYG’s ordinary shares will begin at 8.00am on 5 July 2017 under AIM ticker GYG and with ISIN number GB00BZ4FM652.

In addition to issuing its entire share capital to trading on AIM, 6,944,692 new and 21,488,386 existing ordinary shares have been placed by Zeus Capital at 100 pence per ordinary share. Following the placing of the ordinary shares, the group will have 46,640,00 ordinary shares in issue and the company is expected to have a market capitalisation of approximately £46.6 million on admission.

Since receiving a private equity investment from Lonsdale Capital Partners (Lonsdale) in March 2016, GYG has experienced a period of sustained organic growth and growth through acquisition, culminating in the announcement of this Initial Public Offering (IPO).

“In the 15 months since our investment in GYG, the company has acquired a majority stake in ACA Marine, which has provided us with a strong position in the South of France in terms of both new build and refit,” starts Alan Dargan, founder of Lonsdale, in an exclusive conversation with SuperyachtNews. “We have also begun a strategic partnership with Savannah Yachting Center in Georgia, US, which is developing a large refit facility, as well as a strategic partnership with Palumbo Group.

“The company is healthy and has continued to grow and develop,” continues Dargan. “The company’s profitability has improved dramatically. EBITDA was up 33 per cent in 2016, and 2017 is going to be extremely strong as well. We discussed our position with the management team and decided that an Initial Public Offering would suit the company.”

The listing greatly bolsters GYG’s liquidity as well as providing its principal shareholders with an exit strategy, should one be required. Dargan explains that the transparency that becoming a listed company yields, due to the rigorous checks and balances that companies on the stock exchange are subject to, will provide a degree of stability and confidence for both GYG and the superyacht owners that require its services.

“Owners want to be assured that the businesses they rely on are still going to be around in three to five years’ time,” he says. “Owners want to know that they are dealing with a strong company and a listing helps with that; it provides credibility. Being a listed company offers us an additional acquisition currency, as well as helping us to incentivise current and future employees.”

Dargan waxes lyrical about the quality of the management team at GYG and how enjoyable the process of growing the business has been, explaining that this process, both organic and through acquisition, will continue.

The placing of 6,944,692 new ordinary shares is expected to raise approximately £6.9 million of gross proceeds on behalf of the Company, which will be used to settle shareholder loan notes and fees and expenses in relation to the transaction