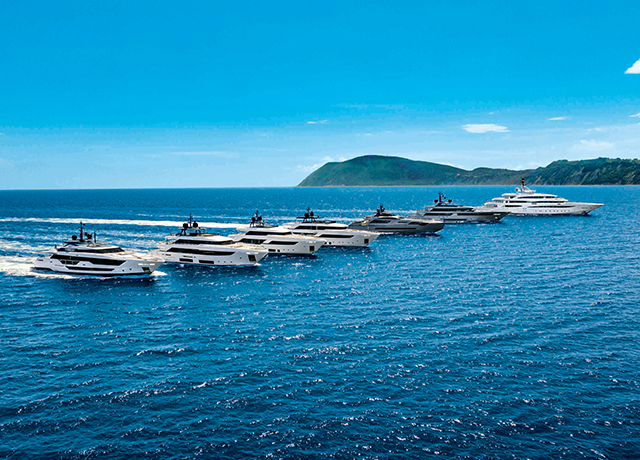 Ferretti S.p.A, the Italian superyacht manufacturing group, is withdrawing from its planned IPO. This news follows the announcement that Ferretti Group was extending the offer period relating to the private placement of the company’s ordinary shares to the close of Wednesday 16 October, citing ‘ongoing discussions with institutional investors’. The company’s first day of trading had been expected to commence on 21 October.

"Despite the appreciation shown by investors, especially Italian and Asian investors who have supported and believed in the company, excellence of the Made in Italy throughout the world, and despite the quality and number of received subscriptions, the deterioration of the conditions of the financial markets does not allow the Company to be properly valued," explains a statement from Ferretti S.p.A.

As a result of the aforementioned deterioration, Reuters has reported that the two euros per share price had fallen short of Ferretti S.p.A’s minimum expectation. It had previously been reported that Ferretti S.p.A had lowered its offering price range to €2.0-2.50 a share, from €2.50-3.70 a share.

As well as falling short of the desired share price, the Ferretti S.p.A’s valuation of €580 million was only marginally above the halfway point of the €1.08billion valuation that shareholders and the company had originally hoped to yield, Reuters reported.

"Considering its recent success story, led by the current management and thanks to the support of its shareholders, Ferretti Group will continue to pursue its development and growth objectives, considering the excellent equity, liquidity and commercial success conditions that are such as to allow the company to execute its business plan already fully financed by the shareholders and by the credit system, to which the company has a zero-debt position," continues the statement.

Sunseeker to build in aluminium and steel at Pendennis

Has the penny finally dropped?

Investment in the superyacht industry