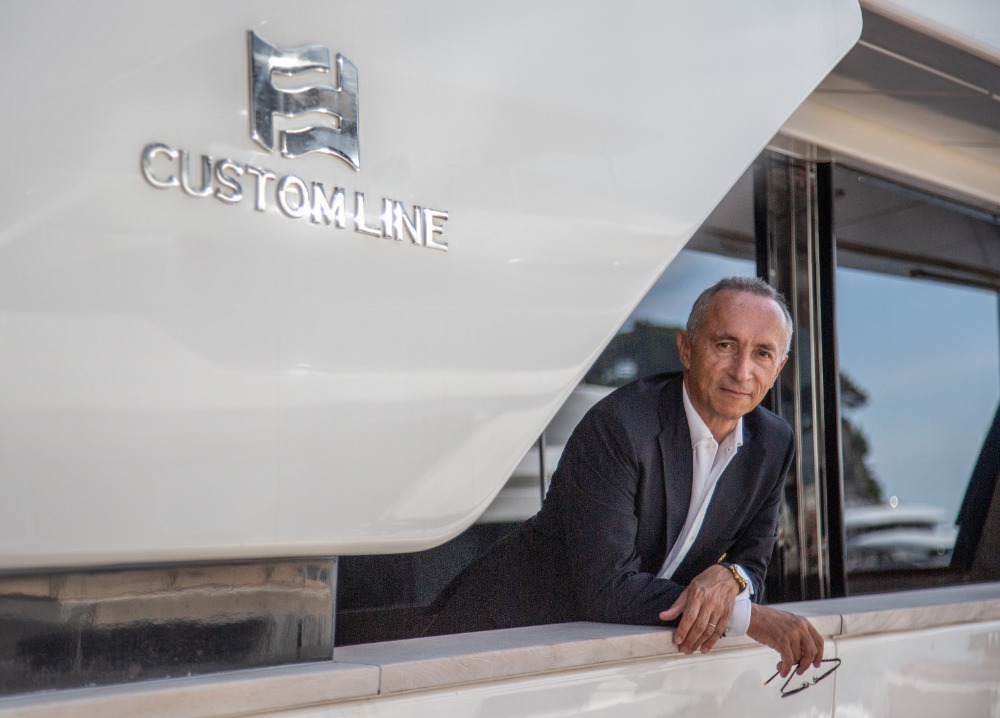 It’s the end of first day at the 2019 Cannes Yachting Festival, and four of the perceived Big Five (Ferretti Group, Princess Yachts, Sanlorenzo and Sunseeker) - the production yards who dominate the column inches during the course of this week - have shown their hands, with only Azimut Yachts yet to hold its annual press conference.

And it seems it is all about going public, in every sense of the word. Ferretti Group CEO, Alberto Galassi opened a very candid first-morning press conference by saying, “If we receive the go-ahead from our shareholders, we will be listed [on the Milan stock exchange].”

Galassi explained that, as little as two weeks beforehand, Weichai Power, the aforementioned shareholder, had adjusted a €250 million loan into a capital injection. In other words, while in 2009 the group was saddled with c. €1 billion debt, this has been reduced to near-zero. This has driven Galassi’s desire to go public, as a means of expanding the already-considerable product line still further.

Talking of product lines, it’s clear that, at this end of the market, variety is the ‘spice of life’. The sheer proliferation of new ranges among the four big players this year alone is staggering. Sanlorenzo, who started the week on Monday evening with five separate 30m+ market presentations alone, are quoting extremely robust figures, comprising 259% growth between 2006 and 2018. Sanlorenzo's owner Massimo Perotti attributed this directly to the breadth of Sanlorenzo’s offering, which now encompasses practically every type of style and construction type imaginable.

And the British yards too - Princess and Sunseeker - have been similarly bold with their product launches over the last 12 months. Princess has launched 10 new products in that time period, although this will be tapered slightly into 2020. Even so, it has paid dividends with the X95, which was launched at Düsseldorf, accruing seven sales, with one on the brink at the time of writing.

And Sunseeker CEO Andrea Frabetti claimed the company is in the midst of its “strongest period of product development and production in our history”. The yard has launched eight new models in the last year, with £10-15 million committed to new products per annum up to 2022. Indeed, even on the day, the industry was formally presented to the new 101 Yacht, and the Sunseeker 133. The latter also has a hybrid version in development, which would be the first for MTU, Frabetti said.