Farewell to a Kiwi boatbuilder 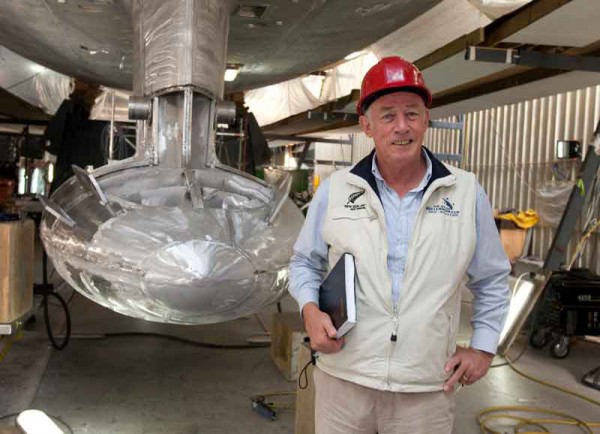 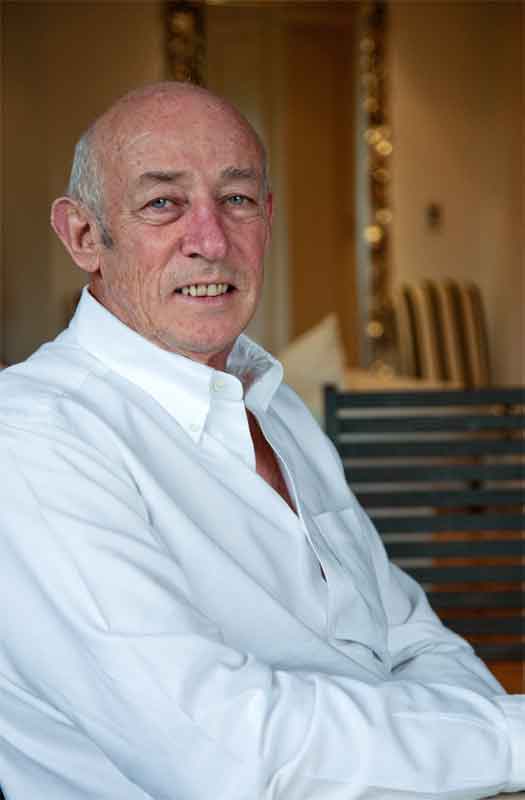 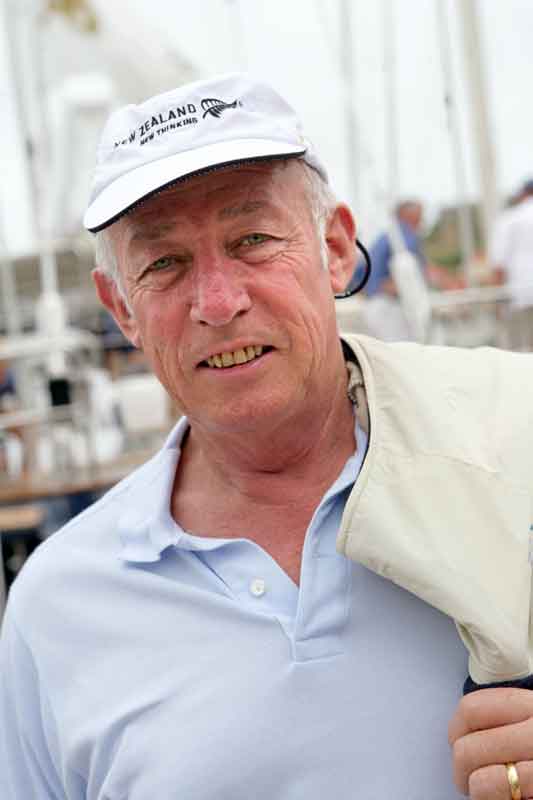 It is with great sadness that we have learned that Tony Hambrook, former MD of Alloy Yachts in New Zealand, passed away peacefully on 1st February, 2018, in the arms of his wife Kristen.

The first time I met Tony was back in 2004. I was one of a handful of journalists invited to Auckland to sea trial Tiara, a 54m sloop renowned for being able to land a helicopter on her aft deck (a tricky manoeuvre that to the best of my knowledge was attempted only once for the photo shoot).

My first impression was of a man of few words; a straight-talking Kiwi who got on with the job of building boats and was a bit bemused by all the media attention. We met regularly after that at boat shows and developed a respectful friendship. Throughout he remained a singularly unaffected person, still reserved but more assured in his meetings with the press.

Tony was working at his father’s engineering firm in Nelson when he set out to build his first boat, a 35-foot steel motor cruiser. This was in 1974 at the start of the oil crisis, and with the price of fuel shooting up he decided to build a 52-foot sailboat instead. “I started the build and realised early on that the hull was going to be the easy bit,” he told me. “The engineering and systems were a lot more complicated.” The lesson remained with him and years later Alloy would develop its own build specifications in line with the naval architects’ drawings, including many custom features integrated across all the systems to provide holistic solutions and total quality control from start to finish.

The only problem was that Tony had never sailed in his life. But in a nation of do-it-yourself boat builders, local knowledge was close at hand: “I had a Danish neighbour who was building a cold-moulded cruiser-racer. He was very helpful in telling me where to put the winches ­– and why I needed them! He gave me three weekends of sailing instructions and then I was on my own. It was a steep learning curve and I made some mistakes, but learnt very quickly what happens if you don’t get your sails down in time with a squall approaching.”

He then set off with his second wife on a three-and-a-half year cruise. From Fiji, they sailed across the Pacific to Canada, down the US coast to Mexico, Panama and the Caribbean, taking on various jobs along the way from boat building to converting a crane into a pile driver. The plan was to sail around the world, but when his father fell ill and missing his children from his first marriage, Hambrook decided it was time to return home:

“We were doing two eight-hour watches each and one watch together. I remember very clearly reading the stars  one night and thinking what I was going to do when I got back to NZ. I decided I wanted to be in the business of building big yachts.”

It was a spell as engineering manager on Neville Crichton’s 28m Chanel that led to the realisation of his big boat ambitions. Crichton set up Alloy Yachts soon after and installed Tony as production manager. When the company was bought out by two of the directors in 1989, he was offered the role of Managing Director and some shares: “I sold my boat, bought the shares and I’ve been there ever since—slogging away.”

It was this “slogging away” that established Alloy Yachts as the premier builder of some of the most magnificent super sailing yachts (and the odd motoryacht) on the water. Alloy kick-started the career of the late Ed Dubois, but worked with other top naval architects such as André Hoek, Ron Holland, Ted Hood, Philippe Briand and renowned interior designers. In recognition of his services to the marine industry, Tony was awarded the New Zealand Order of Merit in 2007.

A blow came when Crichton decided to build 46.22m Como with Feadship, despite the fact that he had built no fewer than seven Dubois-designed yachts—including his previous 41m Como—with Alloy Yachts. Como was launched in 2014, the same year that Alloy completed 44m Hey Jude and 56.4m Mondango 3. Sadly, they were the yard’s last new builds. Due to decreased demand for large sailing yachts and a challenging time for NZ exporters, Alloy Yachts quietly wound down its operations and closed in April 2016.

I remember particularly well a meeting at Tony's Auckland home in 2010 on the occasion of Alloy’s 25th anniversary. The yard had just launched 48m Kokomo and 67m Vertigo was in build, but he still described himself as "a humble fitter who had the good fortune to start building boats."

But perhaps the most poignant tribute to his legacy comes from his former co-workers, who after the closure of the yard set up Alloy Support, a specialist team dedicated to supporting the vessels they built. “Gone but not forgotten the Alloy brand endures in each exquisite yacht and in some small way we attempt to capture their story, keep yacht names and pictures relevant, while providing service and long-term support,” says their website. ”We are eternally grateful for our time at Alloy and fiercely proud of what a bunch of Westies were able to accomplish under the guidance of our leader Tony Hambrook.”

What is up in New Zealand?

Alloy Yachts has all the ingredients for new build success