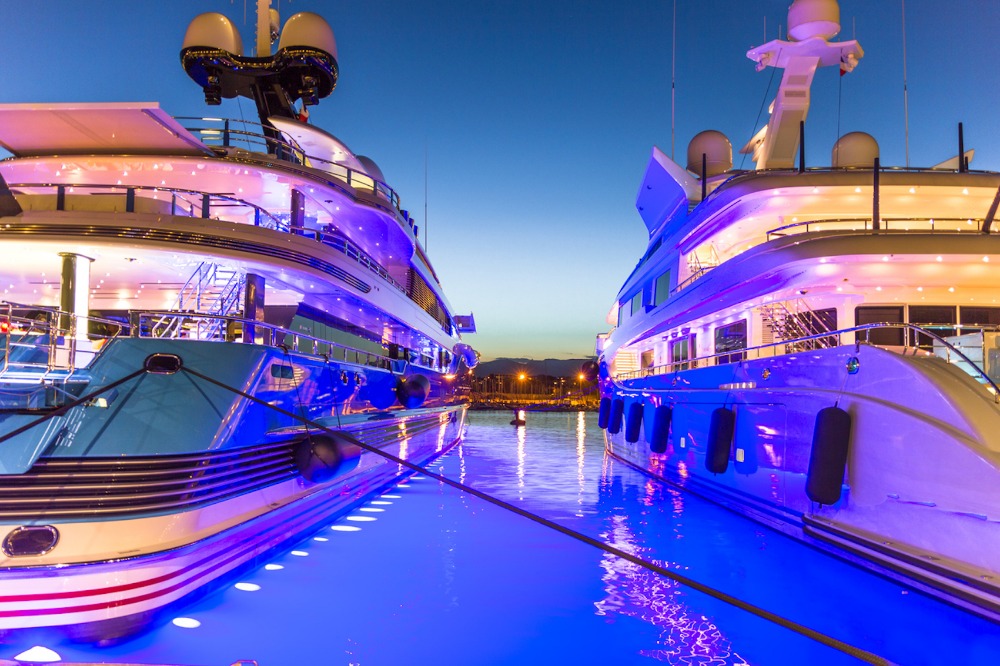 Based on survey data that analyses the basic fees for a berth for a 55m yacht during the 2018 high season in each location, Engel & Völkers Yachting has published its annual ranking of Europe’s top ten most expensive marinas.

Once again, Spain’s Marina Ibiza and Ibiza Magna lead the table of the top ten most expensive marinas in Europe in 2018. Survey data collated by Engel & Völkers’ reveals that mooring fees in the Spanish port have increased by 32 per cent over the previous year, based on basic fees for a 55m yacht during high season. Located a stone's throw from Ibiza’s historic town centre, it is perhaps not surprising that the marinas sought-after location in a yachting hotspot translates into very high fees.

Other marinas high up on the table unsurprisingly include Spain's Puerto José Banús, Italy’s popular Marina di Portofino, Marina Grande and Marina di Porto Cervo and France’s Port de Saint-Tropez. The survey also reveals that, as an overall trend, Europe’s marina berthing fees are on the rise. Another high rise in price  was recorded in the Marina di Portofino, with fees increasing by 20 per cent to 2,751 euros per day and taking it into fourth place in this year’s ranking.

“Compared to 2017, the daily mooring fees for a 55m yacht have increased in almost all ten locations featured in the ranking,” says Anissa Mediouni, CEO of Engel & Völkers Yachting. With a large proportion of Italian marinas featuring high up on the ranking, she adds that new marina Cala del Forte, currently under development in northern Italy, will hold a lot of potential for yachts under 60m.

The marina of Saint-Tropez came in seventh in the ranking, with a daily mooring fee of just in excess of 2,000 euros. This makes the Port de Saint-Tropez on the Côte d’Azur the only French port to be featured in the top ten ranking. Mooring a 55m yacht here for a day during the high season costs 2,105 euros.

Despite slight price increases over 2017, the basic daily mooring fees in the most exclusive marinas in Cyprus, Croatia and Monaco still remain under 2,000 euros. “For many yacht owners and charter clients, the western Mediterranean is the most popular region in Europe,” concludes Mediouni. “This is clearly reflected in our latest ranking of mooring fees. Beyond Europe, we are also seeing a trend towards more unusual destinations including the Antarctic, the island nation of Palau in the Pacific Ocean, and Myanmar.”

If you are interested in superyacht marinas and migration patterns in the Mediterranean, The Superyacht Annual Report 2017: Marinas & Migration offers invaluable insights into the perceptions, logjams and the things that are and aren’t working in the region. Written by the expert journalists at The Superyacht Group, and containing invaluable tabular and graphical information, it is essential reading for anyone who cruises or operates a yacht in the Med, has a yacht coming into their marina, or operates in the services and supply sectors. The insights provide a unique window into what’s actually happening in this most crucial of centres for superyacht activity.

The Superyacht Annual Report 2017: Marinas & Migration is available to be purchased here.

* The survey data is based on basic prices collated by Engel & Völkers Yachting for mooring fees during the respective high season in each location. These are basic fees for a 55m yacht. Seasonal events, such as trade shows, festivals and sporting events, can result in fluctuations to these basic prices in individual locations. In addition to this basic fee, leasing a mooring berth usually also involves additional costs for various services, such as the provision of electricity and water, or the refuelling service.