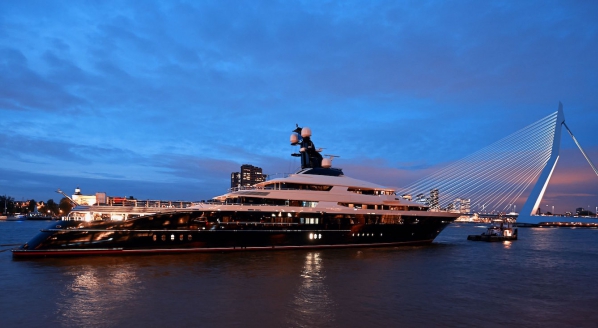 Equanimity (Cayman) Ltd., the holding company of the 91.5m motoryacht, Equanimity, which has been embroiled in an ongoing legal dispute (click here for our preceding coverage), has issued a statement to say that no legally valid notice on the sale of the vessel has been received, and that such a notice should be a requirement under law.

The statement cites ongoing proceedings before US courts – including a US appellate court – regarding the ownership and custody of the asset, with active requests reportedly filed before a US judge as recently as hours before the release of the statement (23 August).

‘For Malaysia to act unilaterally while there are pending court requests in the US would be an affront to the international rule of law,’ the statement reads. ‘In fact, Malaysia’s seizure of the vessel is already contrary to a US court order appointing the US government as custodian of the yacht.’

It continues: ‘The US has previously stated that it had no advance knowledge of Malaysia’s seizure of the yacht, and presumably, the US had no advance notice of this current Malaysian action either. It is important to note that, despite conflicting statements coming out of the Malaysian government, the US has not proven its case regarding the Equanimity.’

‘Malaysia has currently docked the yacht in a hazardous environment in which toxins such as water pollution and nearby smoke are greatly damaging it.’

The statement also notes concerns of the current treatment of the yacht in Malaysia, saying that Malaysian officials’ impatience to sell ‘goes entirely against the interests of the yacht’ and that it is reducing the resale value. The statement calls the Malaysian government ‘precipitous, ill-conceived, and misguided’ for allowing the yacht to continue running on generator power 24/7.

The account continues: ‘Malaysia has currently docked the yacht in a hazardous environment in which toxins such as water pollution and nearby smoke are greatly damaging it’. It claims that Malaysia does not have – or does not want – to spend the necessary funds to maintain the vessel properly, which may lead to it being sold for just a fraction of a fair market value.

‘To move for a sale in Malaysia immediately would be a remarkable violation of due process and international legal comity, and would call into question the actual ownership of the yacht for any potential buyer. These misguided actions would create a cloud on the Equanimity’s ownership that could easily take years to resolve in several courts around the world’, the statement concludes.

At the time of writing, there had been no official response issued by the Malaysian government to this statement. However, if and when this occurs, SuperyachtNews will provide an update.

Join us at The Superyacht Forum in November for inspiring conversations relating to superyacht operations as a facet of 'the perfect customer journey'. For more information click here and to register for a ticket click here.

Tearing Up the Rulebook

Update on the auction of 95m M/Y ‘Indian Empress’