Dave Christensen passes away at 87

The founder of the eponymous shipyard has passed away in Vancouver… 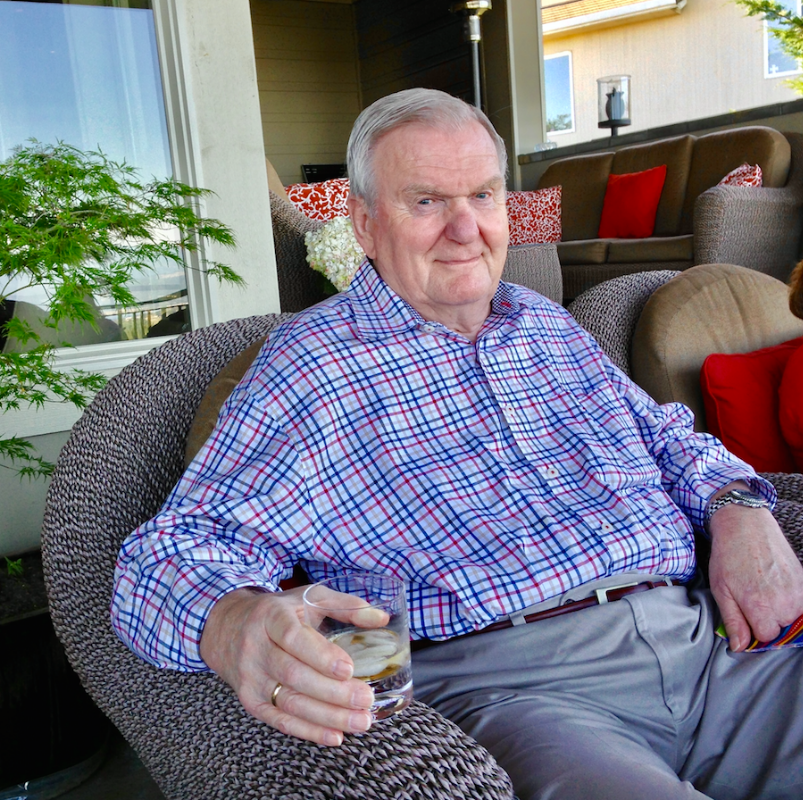 SuperyachtNews is saddened to learn of the passing of Dave Christensen, the beloved founder of Christensen shipyard, at the age of 87, following a battle with Alzheimer’s disease. He passed away at an assisted living home in Vancouver on 15 October, surrounded by his three daughters.

Unlike many much-admired yachting industrialists, yacht building wasn’t initially Christensen’s raison d'être. “Dave had a very successful career as a real estate developer in the Northwest and retired at the age of 50,” recalls stepson, and Northrop & Johnson sales broker and new construction expert, Joe Foggia.

In 1978, Christensen and two friends, Leroy Hart of Hart Toys, and Wes Lematta, a pioneer of helicopter aviation, teamed up to form a company to build hull moulds for yachts – a venture that would occupy Christensen's retirement and later become a serious foray into yacht building.

“They built the first three ‘Airex core’ hulls in the world, which were 80ft in length,” explains Foggia. The boats were Las Americas (owned by Christensen), Lucky Logger (owned by Lematta) and Nancy Anne (owned by Hart). “They basically created Westport with Rick and Randy Rust,” adds Foggia.

After taking delivery of Las Americas, Christensen and his family spent around 18 months cruising up and down the Pacific Coast. “The whole time, he was saying he could build a better boat,” remembers Foggia.

“Then, one day in around 1980, a guy walked up to him while he was craning his Honda Civic station wagon off his boat and asked him how much we would consider selling the boat for. Dave had about $500,000 tied up in the boat at the time. He thought for a minute and then said he would take $1.2 million for it and the guy said, ‘Ok, I’ll write a cheque now’.”

Christensen then decided to go back to Westport and commission two new boats – one spec build and one for himself. Three or four months later, he had sold both for a lot more than they were contracted for. In the matter of a year, Christensen had contracted eight 90ft Westports, intending to keep one, but had sold all of them while they were in build.

In the matter of a year, [Dave] Christensen had contracted eight 90ft Westports, intending to keep one, but had sold all of them while they were in build.

“Westport was building the hull and superstructure and would put it in all the equipment, but they would hold off on the interior and bring the boats down to Vancouver and finish them off at a site a few miles west of the shipyard down there,” Foggia says. “That’s when he said we had to build Christensen Yachts shipyard. So, in 1985, he started building a shipyard and before long we contracted the first large hull – a 40m called Royal Oak.”

By sheer coincidence, Christensen passed away on the same day as Paul Allen. It just so happens that Allen was involved in one of Christensen’s fondest – but costliest – memories, which Foggia recalls.

“When Dave was very into construction in the northwest, he was owner of the Hilton Hotel in Bellevue. In around 1978, when he was finishing Las Americas, he was also finishing the hotel and Paul Allen and some of the Microsoft guys came into the hotel.” Dressed as hippies, with long beards and Birkenstocks on, they wanted to speak to Christensen about the convention aspect of the hotel for investor meetings because they were just starting up the company.

“Dave said they were dressed like kids,” Foggia continues. “Paul Allen had said he was from Microsoft and Dave said, ‘What the hell does that mean? Micro and soft? I could name your company better than that!’ Then Dave said, ‘So, how are you going to pay for this?’ The Microsoft guys responded, saying, ‘We don’t have any money, but we can pay you in stock?’ Dave said, ‘Get the hell out of here, you kids!’”

Christensen was a “pencil and paper guy”, according to Foggia – “he just thought a computer was a glorified calculator”. But his curated wealth of experience in real estate development meant he had a very methodical mind for boat building and was excellent with labour and material costs.

“He had a great ability to teach people how to quantify what the cost of certain things should be. He was very good in operations and very good at micro-managing certain aspects of the business for improvement.” He was clearly an inspiration to those who came into close working contact with him and motivated many to pursue successful boating careers.

The Swan 98 – a unique yacht on a proven platform

The practicalities of aerogel

The art of Amels

Sunseeker and ICON to build aluminium yachts together

“People aren’t realising how the market is changing” – C&N