SuperyachtNews.com - Business - CCN forecasts up to 40 per cent growth by 2021 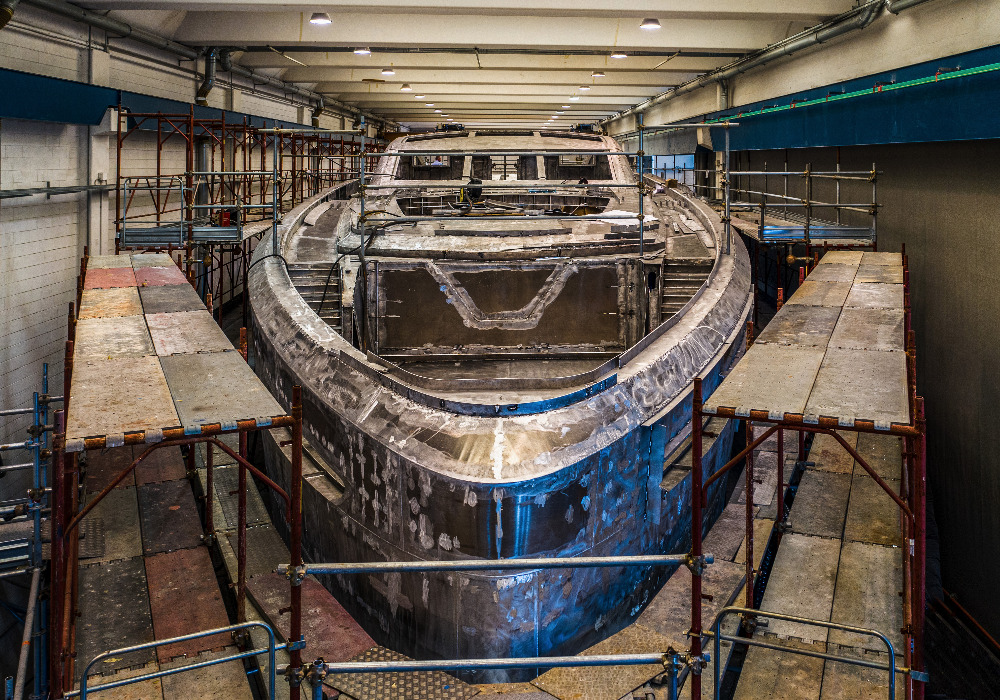 Having now been in the yacht construction business for 20 years, Italian shipyard CCN, has provided an update on how the company has reorganised its structure to evolve with its clients and the modern demands of the industry.

In September 2011, CCN was acquired by Gavio Group, the Italian investment group that also acquired Baglietto in 2012, as well as US sportfisher specialist Bertram. As a result of the acquisition, a number of changes were implemented at CCN, including a new managerial structure, updated image & branding and new product ranges.

CCN has specified that, following the acquisition, the initial focus was to invest in research and development alongside the restructure of the management team in order to achieve the goal of winning over foreign markets.

In 2015, Diego Michele Deprati was appointed as CEO, he was joined by Guido Penco as Technical Manager and Adone Pucci as the shipyard’s general manager. At this point, the shipyard also rebranded and changed from Cerri Cantieri Navali to CCN, clearly highlighting the business’ determination to appeal to a more international audience by making the brand simpler, easier to recognise and remember

To coincide with its evoltuion, in 2015 it was decided that CCN was to restyle its two most successful ranges, the CCN 102 and the CCN 86 in order to meet the new technical expectations being laid out by the superyacht industry. The shipyard also introduced two new collections; Firma, which is the shipyards flagship line and Fuoriserie, a more customisable option for CCN clients.

“Our customers’ needs keep evolving and changing at an incredibly fast pace. Thanks to our increasingly diversified offer and our fully-custom projects, we are sure we will be able to play a major role in this new yachting ecosystem."

Having begun building yachts over 30m in 2009, with the Cerri 102’ FlyingSport, M/Y Toby, CCN have since delivered nine superyachts as well as a number of smaller vessels, which contributes to a large proportion of the shipyard’s construction activity.

“Our customers’ needs keep evolving and changing at an incredibly fast pace,” says CCN’s CEO Diego Michele Deprati. “Thanks to our increasingly diversified offer and our fully-custom projects, we are sure we will be able to play a major role in this new yachting ecosystem.

“Over the last few years, our shipyard has had a strong focus on research and innovation, undergoing considerable changes,” Deprati continues. “We are currently working on more environmentally-friendly solutions, which will allow us to create new value and sustainable growth.”

As specified by CCN, the production value reportedly stands at €25 million per annum, a figure that is anticipated to grow as the shipyard forecasts a growth in its operation by up to 40 per cent by 2021.

After setting the new structure in motion, from 2015 onwards, CCN has delivered one yacht over 30m per annum until 2018, when activity spiked with three units delivered. While there are likely to be more units delivered below 30m in 2019, the shipyard will return to deliver one superyacht and two in 2020. 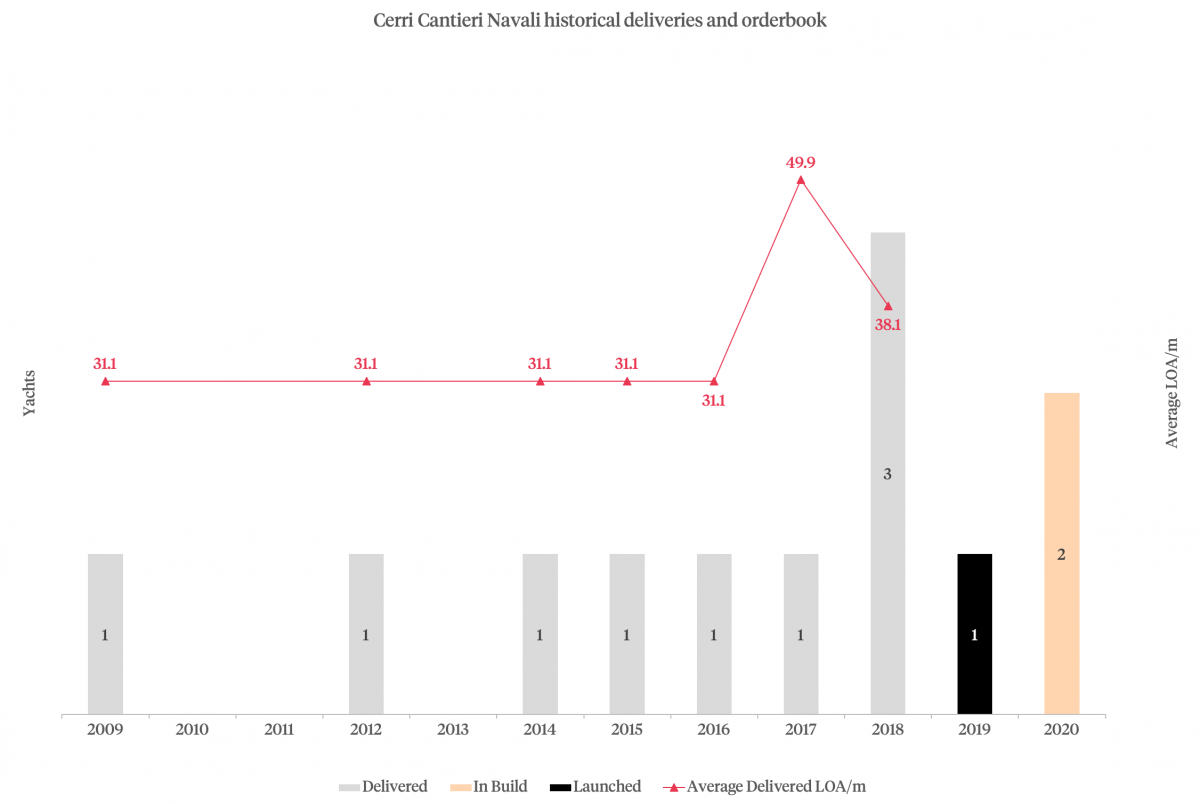 As specified by CCN, the production value reportedly stands at €25 million per annum, a figure that is anticipated to grow as the shipyard forecasts a growth in its operation by up to 40 per cent by 2021. An extension project is already under way to increase the yard’s production capacity by one unit over the next two years.

Activity in 2019 has been positive at the shipyard, having sold Project DOM123, a 37m yacht designed by Stefano Vafiadis with Camper and Nicholsons, as well as launching 31m Vanadis, which is scheduled for delivery this year.

What do you really think of Baglietto?