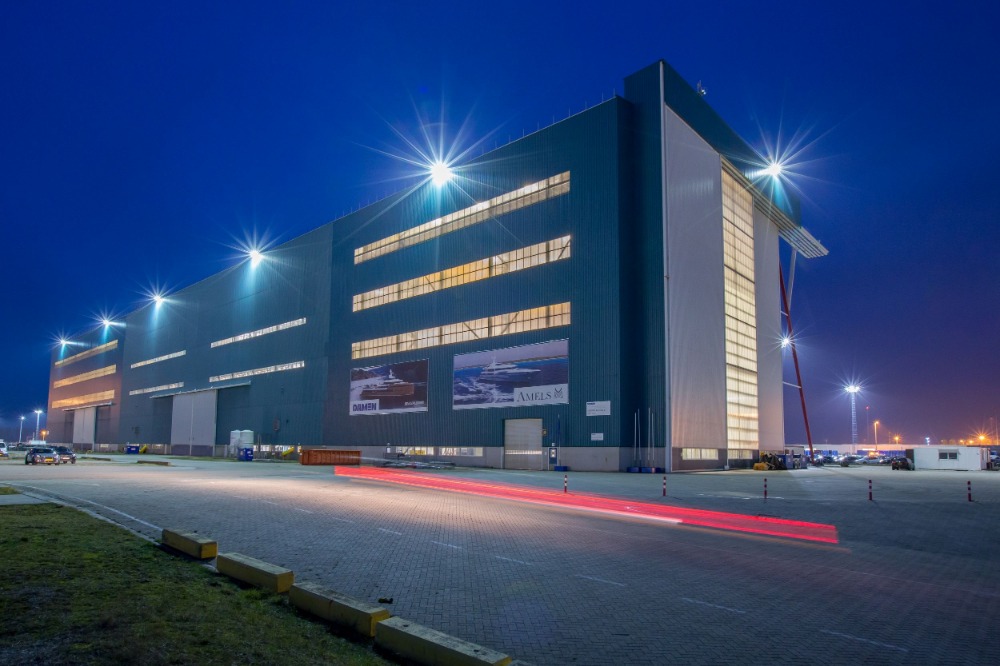 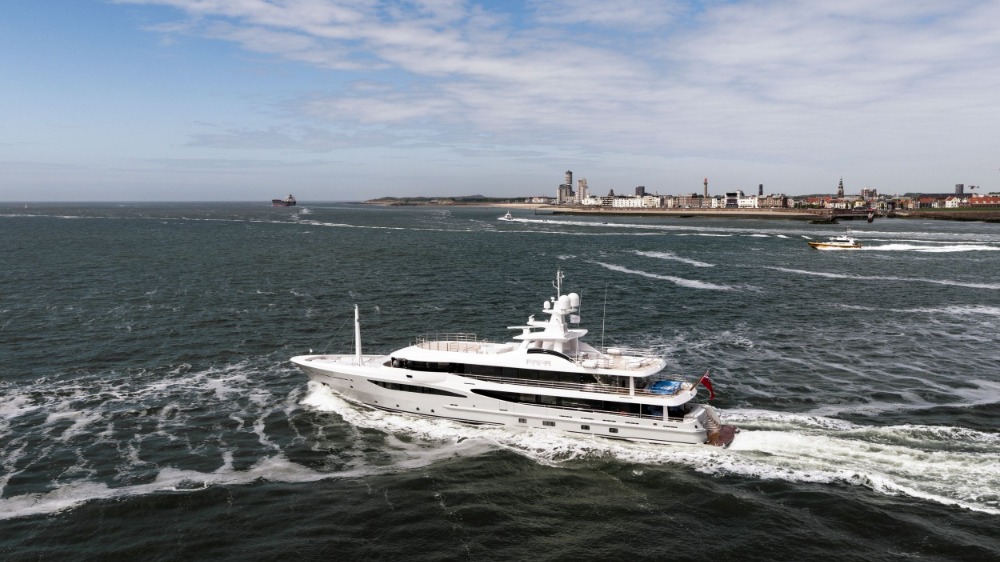 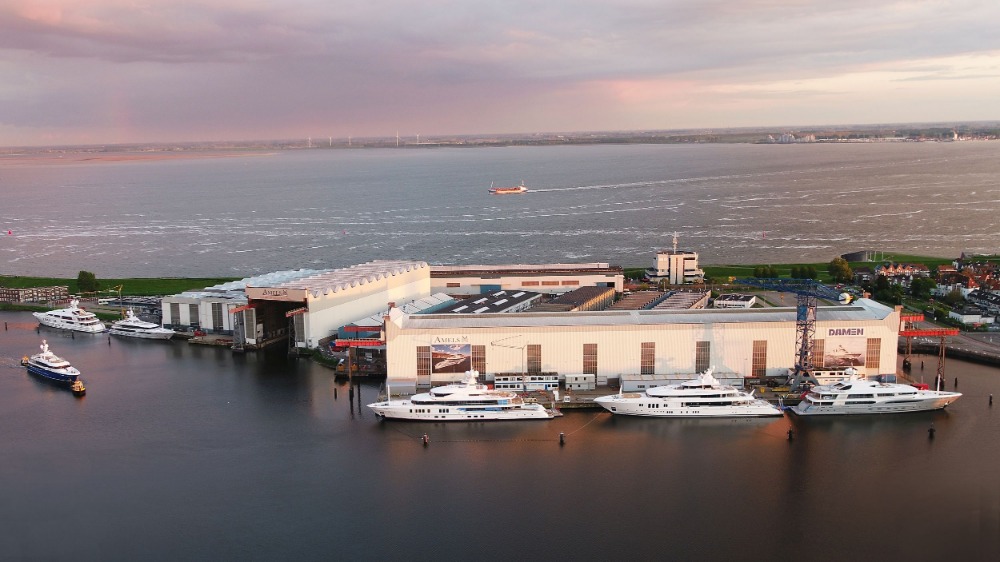 With a record 25 Amels and Damen projects currently underway, business is booming for the Dutch new build and refit outfit. Over the course of spring, the two brands, which represent the yachting division of the Damen Group, have had no less than 16 projects underway in The Netherlands, with a further nine additional hulls under construction elsewhere.

Currently operating at capacity at the its main shipyard is Vlissingen, the superyacht builder is now expanding its second facility, Vlissingen East. The Vlissingen East yard now includes a dedicated 200m build hall for yacht projects as well as the largest covered dry dock in The Netherlands at 215m, making it easily able of accommodating even the world’s largest yacht (180m Azzam).

Spring deliveries across both the Vlissingen facilities include the refits of 73.5m Dytan and 65.7m Ventum Maris, as well as the new build project 55m Papa, all of which were, according to the yard, on time and on budget. Since departing the yard on 10 May, Papa travelled to the Mediterranean where she her owner boarded for the first time.

“Amels have performed outstandingly,” says Papa’s build captain Paul Bessant. “We’re on time and on budget. In fact, four weeks ahead of schedule and, not only that, but in my opinion beyond expectations.”

Over the next few weeks, Amels and Damen expect to deliver five more new builds and three more refit projects.

“We’ve never been so busy,” explains marketing manager Victor Caminada. “The superyacht-shaped inner harbour in front of the main yard bears testament to that. We recently had six superyachts lining the quayside with five more inside and another t wo refit projects at our Vlissingen East yard. That is almost 1,000m of superyacht and its doesn’t include the three yacht projects under construction at Damen shipyards elsewhere in the Netherlands.” 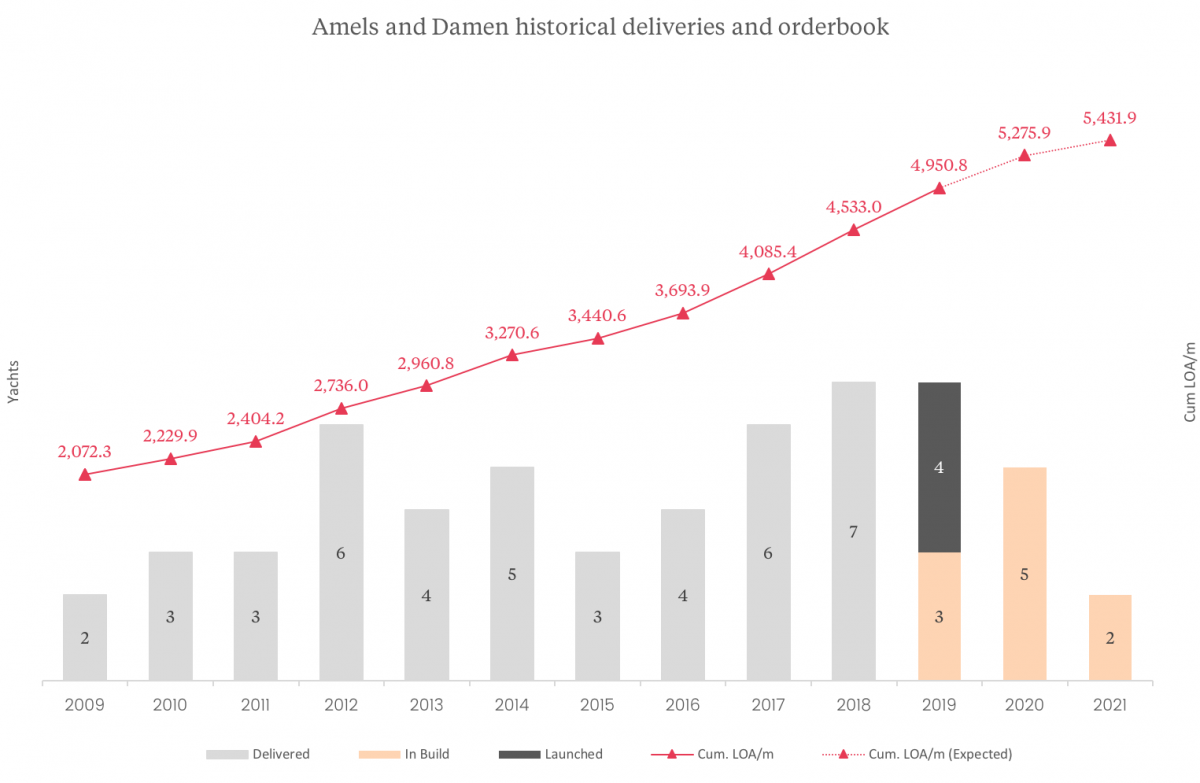 According to The Superyacht Agency, since 2009 Amels and Damen have delivered an average of 4.3 30m-plus new build superyacht projects per year. Given that the two yards delivered six projects in 2017, seven in 2018 and have a further seven projects due for delivery in 2019, the shipyard, especially given the glowing comments above, is clearly on the right trajectory.

On the refit rectifications behind 'Gayle Force'