What are the benefits to the client of the firm's unique structure? Rupert Nelson provides insight. … 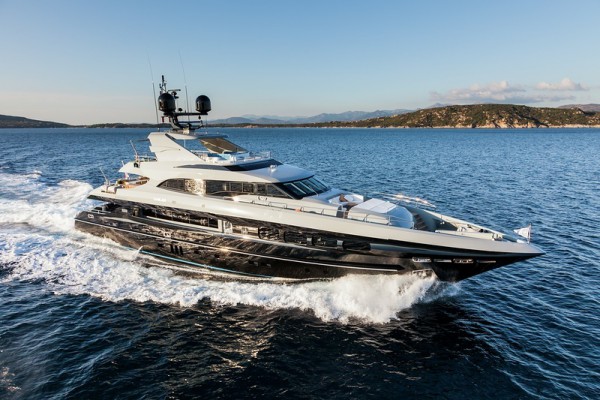 With the sale of 41m Nameless announced on 3 July 2017, Burgess has completed its 15th superyacht sale of the year, and its fifth sale in four weeks, with approximately half of the sales being completed by its US offices.

In addition to this, the past few weeks have seen its new construction division deliver almost 300m of large yachts, with projects at Feadship, CRN, Benetti and Oceanco, measuring between 42m – 110m in length.

One third of the sales have exceeded the 50m mark, a category that comprises roughly 40 per cent of Burgess’ sales roster, which has taken on several high-profile new central agency sales listings in this category.

In an exclusive conversation with SuperyachtNews, Rupert Nelson, sales broker at Burgess, explains that the company’s activity in the 50m+ sector is not its sole focus, but has developed organically from a strengthening of complementary services within its portfolio.

“When our clients first started in the industry, they probably had their yacht for sale, for charter and under management with three separate companies. Initially they may have favoured this diversification, but have evolved over time through experience to find that consolidation makes sense, because there is the potential for leverage.

“With everything under one roof, an owner might be able to negotiate a better management fee, or put some pressure on the terms of a central agency listing, for example. And it stands to reason that a company that has been around for 40 years will have clients in the 80–90m sector, who would’ve been in the 30–40m sector years ago.”

Nelson is in agreement with the industry-wide consensus that buyers have become savvier. “They’re younger, they’re most likely in business and they’ve got distractions: births, marriages, graduations, corporate issues etc.,” he says. “They may initially be looking at yachting in the short term – you get in, you have some fun, you get out. Then, maybe, they’ll come back again after taking a breather for a few years. You just can’t guarantee growing a client through the size ranges like you used to be able to.”

Nelson praises Burgess for its business model, where all employees, including brokers, are salaried and a listing is typically managed by a lead broker, a number two, and a marketing support team. The more common business model for brokerage firms sees brokers employed as independent contractors. “We’re fortunate that we deal with large ticket items that deliver a good return.

“Everything we earn goes straight into our bank,” he continues. “There are no individual rock stars, we're a team. It’s measured, it’s balanced and it’s appropriate – the rewards are generally even year on year. Our cash flow is also easier to manage because we hold on to it for longer during the year, unlike elsewhere where brokers are remunerated on a deal-by-deal basis.”

With the independent contractor model, however, he says a broker may be “covering all his costs for a deal that doesn’t happen”, which can lead to a psychological disadvantage. “When you’re negotiating with the most successful businessmen in the world, they’ll sense it straight away. There's the potential to be pressurised into signing a listing for a reduced-fee structure and having to do more work for less reward. Our strength is that we can be completely open and tell a client exactly what we know is needed to generate a successful outcome.”

“We have access to, and relationships with, multiple suppliers from goods to services and we are able to pass these on to our clients with expert advice at little or no charge. This allows more favourable commercial savings on purchased goods for the client, such as fuel and insurance.” However, Nelson does realise that this may not be to the tastes of all, which is, undoubtedly, where the opportunity for smaller brokerages lies.