Speaking with Sunseeker, we explore how the fall in the pound is not the cause of British superyacht building success.… 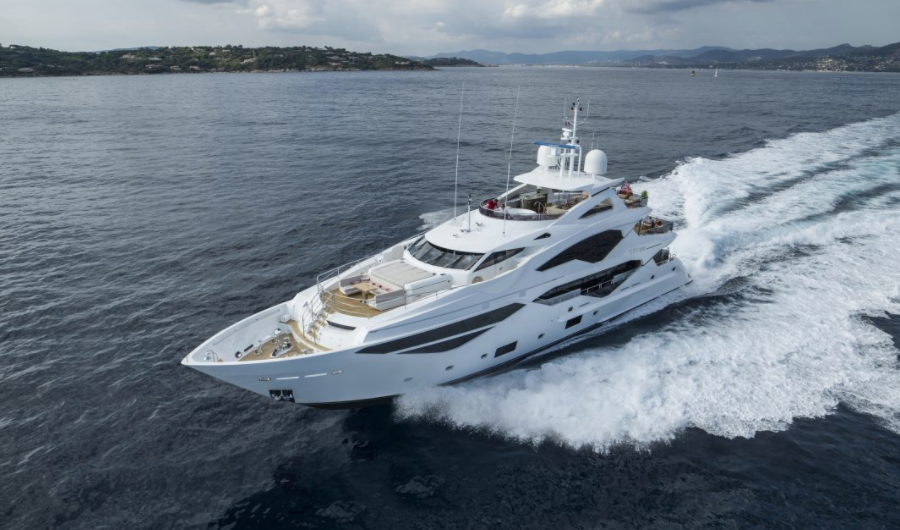 On 23 June 2016, the Great British electorate voted, with a 51.9 per cent to a 48.1 split, in favour of leaving the EU. Brexit, as it is now widely referred to, and the ensuing collapse of the pound against a number of the world’s leading currencies, most notably the euro and dollar, has been vaunted as a key factor in the recent success of Britain’s top shipyards. However, does the rhetoric surrounding Brexit and the success of Britain’s two leading shipyards, Princess and Sunseeker, form a far to narrow a picture of achievement and fail to appreciate acumen and adaptation? SuperyachtNews speaks to Phil Pophman, CEO of Sunseeker, about the yard’s continued success and strong order bank.

“I would say that, in terms of our superyacht sales, the devaluation of the pound has had almost no impact,” starts Pophman. “In fact, in the short term, we saw quite the opposite. When Brexit took place, we found that contracting stalled temporarily as people began to speculate as to how far the pound would fall. So, directly after Brexit we didn’t actually take any orders on the large yachts, even though we were still talking to the clients.” Pophman does concede that there was an uptick in business for Sunseeker’s smaller ranges.

Sitting in third on The Superyacht Annual Report 2018: New Build’s Top 40 list, ranked in terms of cumulative LOA over a five-year period, Sunseeker has consistently posted impressive figures since 2013. However, reportage over the last year has enjoyed attributing Sunseeker’s successes to currency fluctuations. Popham explains that the real success story has been aggressive product development schedules, geographical diversification in both sales and representation, as well as the creation of a credible and trusted global brand. Since Sunseeker delivered its first 30m-plus vessel in 2002 it has delivered a further 129 superyachts.

“One of the greatest risks to a global business like Sunseeker is the volatility of exchange rates. Therefore, we try and naturally hedge against this volatility by balancing our revenue and costs across different currencies around the world,” continues Popham. “A good example of that is the US. Over the last two years we have been really focussing on the Americas with our representation and promotions. We have gone from a position where a quarter of our business was in the Americas in 2016, to a position where American clients formed more than a third of our business in 2017.”

Since 2013, Sunseeker has delivered an average of 8.8 30m-plus vessels yearly. Popham highlights the Asia-Pacific region and the Middle East as core markets for Sunseekers future growth. With this sort of growth, he explains, comes natural hedging against risk whether that is volatility of exchange or economic and political instabilities. Sunseeker is currently boasting the strongest order bank in its history, including 10 superyachts in build.

“We are 90 per cent sold this year across all our ranges and we are about 25-30 per cent sold for next year already,” says Popham. “The most successful [superyacht] brands, especially the European brands, are those that look into spreading their risk and their portfolios across different locations and sectors.” With the final divorce from the European Union looming, Popham believes Sunseeker is in a stable position that is buoyed by the confidence of its customers. “Our business is all about consumer confidence. Our customers are wealthy, generally self-made individuals, and they will make a discretionary purchase based on their confidence. Given the health of our order book, Sunseeker’s future is looking very positive.”

The Superyacht Annual Report 2018: New Build is out now, click here to get your copy.