SuperyachtNews.com - Business - Borrow a Boat boasts 300 per cent growth and enters new round of funding

The partnership between Borrow A Boat and Ocean Independence, combining a digital platform and a traditional brokerage house, has proven to be a success… 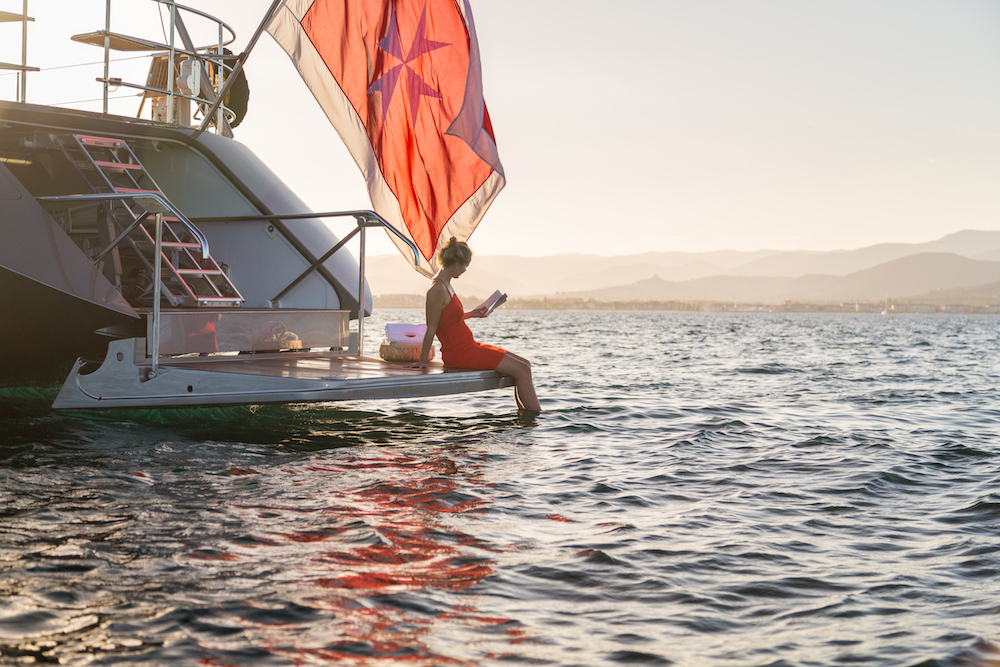 Borrow A Boat, the digital boat charter platform, has begun a new round of crowdfunding on Crowdcube following a year that saw its revenues grow by 300 per cent, the business receive venture capital backing from Editon Capital, and the commencement of a partnership with Ocean Independence for the superyacht arm of the business. SuperyachtNews speaks with Toby Maclaurin of Ocean Independence to find out whether or not the partnership has been a success.

“Initially, we thought given the interest of our VC that we may just do a private shareholder round, but the requests to invest and the support of our community has been huge over the past year,” comments Matt Ovenden, found of Borrow A Boat. “This inspired us to make it happen for those who want to get involved in our journey, who’d like to support us as we continue to grow with an aim to lead the charge of bringing the boating industry into the 21st century. With investments from as little as £10, we want to give those who believe in us a chance to get involved again, for possibly the final time.”

According to Ovenden, this is Borrow A Boat’s third round of crowdfunding, having previously done it successfully in both 2017 and 2018. In 2017 the business began crowdfunding with a target of £200,000, eventually overfunding by 234 per cent and closing with £468,880. Borrow A Boat overfunded again in 2018 with its original target of £600,000 being eclipsed by the closing yield of around £1.5milion. For this year’s round of crowdfunding, Borrow A Boat set a target of £1.5million, and with 29 days left to fund, the business has already raised 80 per cent of its target at £1.21million.

In the summer of 2019, and representing an industry first, Borrow A Boat and Ocean Independence, the superyacht brokerage house, announced a partnership called Borrow A Boat Plus, with the aim of enticing new entrants to the market that have a different customer journey.

In recent years, the brokerage community has come under a great deal of scrutiny because of its apparent unwillingness to adapt to the demands of contemporary consumption habits. In particular, much has been made of the market’s reluctance to digitise its offering by developing web and app-based platforms for superyacht charter. In light of this, a number of alternative platforms, including Ahoy Club and Yotha, have entered the market with models that promise equal service, lower commissions and less white noise.

“Within the superyacht industry, there has been a lot of talk about disruption and the digital world,” explained Toby Maclaurin, head of sales & marketing at Ocean Independence, during the launch of Borrow A Boat Plus. “This really started our thinking, there was a lot of criticism aimed at traditional brokers, people wanted to know what we were going to do to develop our practices and engage with a new audience. That really combined in our thinking and we did some mystery shopping on the new platforms and what we discovered was that, while their google rankings and digital capture was great, their quality of service, product knowledge and knowledge of their destinations was really lacking.

“We decided that, if we could partner with a company that could give us that digital edge, who knew the technology, then we could marry the two models so that our more traditional quality service, product knowledge and destination knowledge could create something superior to all current models.”

As with many new models or concepts in the superyacht market, the partnership between Borrow A Boat and Ocean Independence was met with some scepticism on the part of certain superyachting factions. However, speaking with Maclaurin after the commencement of the most recent round of funding, he explains that project thus far has been a resounding success.

“The partnership has worked well so far and we are extremely pleased with it. We have received a good level of inquiries through Borrow A Boat and we have been particularly pleased with the quality of the inquiries. Typically, the conversion rate from internet based inquiries is quite low, but we have found that the Borrow A Boat leads that we have received have performed well above the usual conversion rate,” explains Maclaurin. “Our goal was to reach a new audience, one that we would otherwise not have access to as traditional brokers and the concept seems to have worked. The inquiries that we have received have not been for customers previously known to us.”

As the superyachting world digitises and professionalises, there are still a number of individuals and businesses who feel that such progress is incongruous with the superyacht world’s traditional processes and values. Let us hope that through new partnerships, such as the one between Borrow A Boat and Ocean Independence, as well as through new models, that more clients engage with the superyacht market in one way or another.

To find out more about Borrow A Boat's crowdfunding, or indeed to invest, click here.