SuperyachtNews.com - Business - Back to the future: TA process in Spain clarified

Back to the future: TA process in Spain clarified 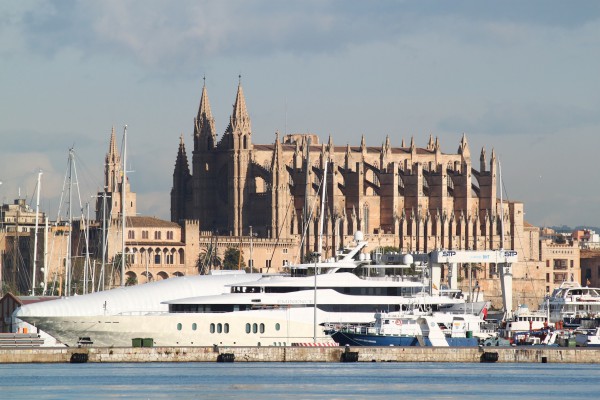 The Temporary Admission (TA) Customs regime (also known as temporary importation or TI) has long been taken advantage of by non-EU flagged yachts entering the Customs Territory of the Union (CTU). The TA regime allows yachts to enjoy total relief from import duties and be exempt from VAT on imports in Spain and other EU Member States. The entry of the new Union Customs Code in January 2016, however, threatened to alter the process under which yachts qualify for the regime. Miguel Ángel Serra Guasch, Partner at Albors, Galiano and Portales, examines how the requirements have been affected in Spain.

According to the Union’s Customs regulations, TA is acceptable for yachts provided that the 3 following conditions are met:

·      The yacht is registered outside the CTU.

·      The yacht is registered under the name of a person or entity established outside the CTU.

·      The yacht is used by a person established outside the CTU.

“These conditions have remained unchanged with the ‘new’ UCC and its additional development regulations,” explains Serra. “Nevertheless, some aspects of the TA that were harmonious with the previous Community Customs Code (CCC) are now at odds with the UCC. Amongst others, these are predominantly the procedures by which it is understood that a vessel is considered to be under the TA regime.”

Prior to the UCC’s entry into force, a yacht was considered to have been declared for TA by the sole act of crossing the border of the customs territory of the EU, which is up to twelve nautical miles from the coastline. Therefore, the simple act of crossing the twelve nautical miles border was deemed adequate, and no other formalities were necessary. With the implementation of the UCC and its complimentary regulations, Serra explains that the aforementioned procedure is not considered enough in Spain and other EU countries.

“In general, a so-called ‘oral declaration’ (Annex 71-01 contained in the Commission Regulation (EU) 2015/2446 of July 28, 2015) is required to be filed – curiously in writing – with the relevant Customs authorities,” continues Serra. “The physical presence of the vessel in the relevant customs area is also necessary, which causes logistical drawbacks when the yacht’s destination is not within that customs area or a nearby area.”

This criterion was based on article 136.1.a) of said Regulation (EU) 2015/2446. Serra adds that, based on article 141 of the same text, an alternative option to filing the form is passing the vessel through a harbour with customs facilities and keeping evidence of it, such as a paper trail of fuel and mooring activities. The European Commission has asked Customs authorities to be flexible with these means of evidence.

According to Serra, the causes that led to these changes of criteria include the following:

·      The previous Commission Regulation (CEE) of July 2, 1993, which developed the previous CCC, expressly provided in articles 232 and 233 the possibility of considering a Customs Declaration the “mere fact of crossing the border of the customs territory of the Community”, based on the reference to “the agreements in force in respect of tourist traffic” (provided for in article 38.4 of the CCC). This reference has been removed in the text of the new UCC.

·      As Serra discussed in May 2016 with the Directorate-General for Taxation and Customs Union (DG TAXUD) in Brussels, it seems that it was not the intention of the European Commission to change the procedure by which a vessel entered the TA regime. In fact, they considered that the mentioned articles 232 and 233 of the previous CCC could be perfectly replaced by articles 139 and 141 of the Commission Regulation (EU) 2015/2446, developing the new UCC. In Serra’s opinion, the problem is that, literally, the new articles do not cover the entry of the vessel into the CTU by the mere fact of crossing the border of the customs territory, but only its re-exportation (exit) using this procedure.

Now, for the good news. “Last November, 2017, the Spanish Directorate-General of Customs issued an internal (not published) instruction to all the Spanish coastal regions in which it was pointed out that, henceforth, the criterion of considering that the mere fact of crossing the border of Customs territory of the Union would once again be accepted and, therefore, considered a customs declaration for the purposes of a vessel being admitted under the TA Customs regime,” Serra remarks. “The interpretation is that crossing the border of the CTU is equivalent to the passing of the vessel through a customs office, set out in article 141 of the new UCC.”

Serra believes that this is positive news for the superyacht sector in Spain. “In my opinion, this is a wise decision given that it helps simplify the procedure, making it agile and safe,” he adds. “It corresponds with the original intention and spirit of the European Commission, which was not to change the procedure, and it enhances legal certainty.”

Based on the above, when a yacht complying with the TA conditions enters the Union Customs Territory through Spain, crossing the 12 nautical miles border of the Spanish jurisdictional waters will be enough for the yacht to be considered under such regime. Serra cautions, however, that if the yacht continues to navigate to other countries within the CTU, it will be necessary to ensure that the Spanish simplified procedure is also acceptable for the yacht to be considered under the TA customs regime.

“It is very regrettable that the owner of the vessel has to bear the burden to ensure whether the Spanish simplified procedure is also acceptable in different countries within the CTU,” Serra concludes. “At this point, my critique is addressed to the European Commission since the Union Customs Code is a EU Regulation (not an EU Directive*) and, as such, is directly addressed to the citizens of the Union (not to the EU countries), therefore, it should be directly applied with a uniform criterion in all countries forming the Union.

“The clarification of the criteria, not only for TA but also other Customs regimes such as the return goods relief, inward processing relief, etc., to be applied homogeneously in all the EU countries is a pending mission of the European Commission. It would be desirable to devote time to provide clear guidelines since these are matters which generate great controversy and create lots of legal uncertainty and inefficiencies in the CTU.”

*Directives do not apply directly, they are addressed to the to EU countries, which must first transpose them to their internal legislation. Additionally, Directives are a standard of outcome, which does not instruct on the formal or material elements of the process by which each State is to carry out, therefore, different to EU regulations, Directives leave some space for the legislation of each country.