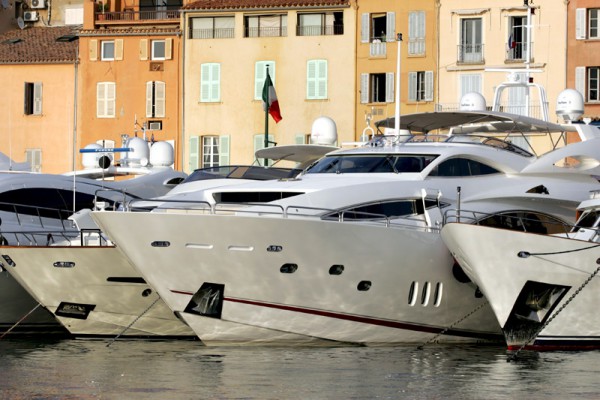 Evidence is mounting that yacht owners are forsaking prestigious locations on the Côte d’Azur such as St Tropez, the “billionaires’ harbour”, due to high berthing fees, fuel prices and crew costs in favour of cheaper destinations along the Mediterranean coast in Italy or Spain. Revenue at the marina in St. Tropez, for example, has reportedly fallen by 30% since the beginning of the year—although this is denied by the town’s mayor—while Toulon has suffered a 40% drop.

The situation is such that in an effort to protect local businesses and jobs the president of the Riviera region (Renaud Muselier), the mayor of Nice (Christian Estrosi), and the mayor of Toulon (Hubert Falco), have signed a joint letter to President Emmanuel Macron: “The gravity of the economic situation of the yachting sector in the Provence-Alps-Riviera region makes it necessary for us to appeal for your direct intervention,” they said in the open letter released to the media.

Concerned that Italy and Spain are being allowed to undercut the region, they called for the “urgent harmonisation of tax and social regulations at the European level,” pointing out that refuelling a 42m yacht in Italy instead of France provides a saving of nearly €21,000 a week, while the additional cost of maintaining a seven-person crew in France is €300,000 a year. They further argued that very few French crew are being hired and sales by the four largest marine fuel vendors have fallen by 50% this summer.

The high costs are at least in part due to strict enforcement of EU regulations on the sales price of marine diesel and increased scrutiny by the French tax authorities of social security contributions paid for crew members. Decree no 2017-307 introduced in March states that crew deemed to be French residents are at risk of being subject to the French social security system for seafarers (ENIM), which could make owners liable for contributions into the ENIM system equivalent to around 40 per cent of their gross salary.

The letter to the French President echoes the demands of charter brokers, amply reported by superyachtnews.com, who are calling for a common Europe-wide approach to taxation amid growing impatience among owners. Meanwhile, it seems that some owners are taking matters into their own hands by setting sail for alternative and less costly destinations.