Burgess Marine has enjoyed a purple patch of maintenance works throughout the Spring period. But despite their attestable quality, British refit yards face a perennial geographical challenge. … 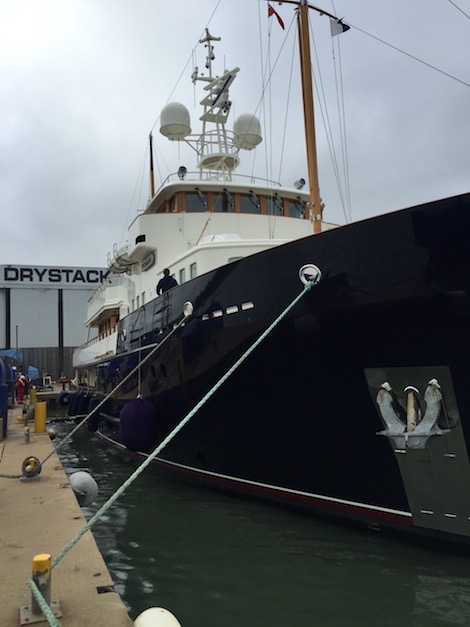 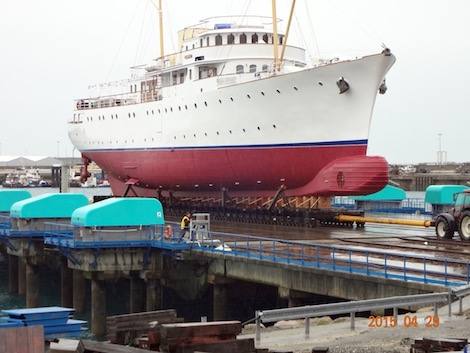 Burgess Marine continues to bolster its position as a viable refit and repair facility for large superyachts, having enjoyed a busy spring period.  The company welcomed seven superyachts to its various facilities in the UK, France and the Mediterranean.

Vessels undergoing work included 75m Peene-Werft-built Leander, in Southampton; Feadship’s 62m Virginian and 42m Bystander at the Gun Wharf Quays facility in Portsmouth; Shemara, which the company recently restored, was docked in Cherbourg; and both 70m Talisman C and Heesen’s 41m Ladyship were also serviced in the Med.

Furthermore, works continue in Portchester on board the 57m Swiftship, M/Y Tacanuya, with regards to a timely summer launch after an 18-month refit.

Both Leander and Shemara utilised Burgess Marine’s services en route to Cowes, where both vessels were present to commemorate the bicentenary of the historic Royal Yacht Squadron which was inaugurated on 1 June 1815 at the club’s first meeting in St James’s, London. The occasion was observed by a special review in the presence of HRH The Duke of Edinburgh.

Christopher Sharples, Commodore of the Royal Yacht Squadron accompanied the Duke of Edinburgh during the day. “His Royal Highness clearly enjoyed himself enormously”, he said. “As a keen sailor himself, and past Commodore he retains a strong affinity with the Squadron which he demonstrated…by his enthusiastic support of our bicentenary.”

HRH The Duke of Edinburgh.

Ray Cutts, Burgess Marine’s technical director commented: “The bicentenary activity in the Solent and our expertise and price point have certainly helped ensure a busy few months for the superyacht side of our business.

“Works on Shemara, Bystander and Virginian are perhaps the most rewarding - it’s fantastic to see good customers retuning”.

The positioning of Burgess Marine may have been fortuitous on this occasion, but its geographical location does pose a competitive challenge, positioning it almost 1500nm and 2000nm from superyacht hubs, Palma and Monaco respectively.

However, an anonymous source said to SuperyachtNews.com that the quality of work available on the UK’s south coast, both at Burgess Marine and Falmouth’s Pendennis, “could eventually position it ahead of Marseille (sic.) for refit.”

The quality of work from these companies is irrefutable, and in the case of Pendennis, The Superyacht Group’s own chairman, Martin H Redmayne, said, “I cannot imagine that any owner or captain in the superyacht market today can afford to ignore what is emerging as one of the landmark facilities in the European shipyard circuit.”

In May Pendennis completed a 7,564m² enclosed, non-tidal wet basin, which Adix launched into following her refit. Since then the yard has already welcomed Northern Star, Adix, Velacarina, Lionheart, and Ghost.

However, the fact remains that service/maintenance providers don’t get the ‘passing traffic’ their French and Spanish counterparts enjoy. Pendennis joint MD, Henk Wiekens is aware of this, and in a special report published by The Superyacht Group in autumn 2014 said, the company was planning accordingly:

“As we get closer and closer to a larger fleet, we want them to get the Pendennis treatment wherever they are cruising. The further afield they travel, the less they will be able to keep Falmouth on their itinerary, so if we place strategic locations in key regions, then the Pendennis service treatment can become a long-term programme for our loyal customers.”