If the brokerage sector was an open market, with no exclusivity or restrictions on sales listings, would it “clean up the market”? 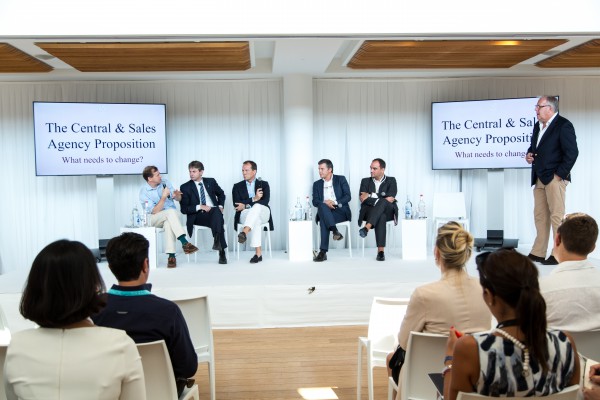 During YPI’s ‘The Future of Superyacht Brokerage’ panel on day one of the 2017 Monaco Yacht Show, an idea advocated by Captain Thomas Wissmann, a member of the audience, to create an open market by removing the central agency listing framework, roused interest among the panellists, who represented a cross-section of sectors involved in superyacht and ship broking.

“I think the exclusivity on sales listings should change,” encouraged Wissmann, of Yachts Unlimited. “If an owner wants to work with a broker, that’s fine, he can stay with his broker of choice, but no more exclusive listings would allow brokers to sell any boat without being restricted.”

Laurent Debart, CEO of YPI, but formally a ship broker at BRS, YPI’s parent company, concurred with the concept and said that, in shipping, central agency listings do not exist and there is hardly any exclusivity – and brokers receive a standardised one per cent commission on sales. He considered that its introduction in yachting might “make a difference” and “clean up the market”.

With a sizeable percentage of the sales commission up for grabs for selling brokers upon the completion of a sale, it’s understandable that there is an arms race to build a portfolio of yachts with which you are the selling agent.

Tony Allen, partner at Hill Dickinson, asked if there is perhaps too much of a focus on attracting listings, “not on the expectation of selling the boat, but being part of the deal and allowing other brokers to do the introducing. Because clients hate that – they see someone else’s involvement in a deal as justification of a high commission rate.”

Is there too much of a focus on attracting listings, not on the expectation of selling the boat, but being part of the deal and allowing other brokers to do the introducing?

Allen then asked if perhaps a shortcoming of the concept was the absence of a buyer’s confidant, but Debart interjected and said that despite there being no exclusivity, ship owners will find a trusted advisor; one or two brokers, who they begin to know well and are the providers of a service.

Marketing expert Patrick Coote then recalled a conversation he had with a broker the day before, who mentioned that he/she felt uncomfortable being instructed to prioritise in-house sales listings in order to benefit from the full commission on the sale, despite knowing that it was not the right boat for the client, presenting a clear conflict of interests.

With an open market, you could reduce commission rates on sales listings for owners and it might drive the market to consolidate, because a lesser involvement in deals would lead to less – and a better quality of – market players.

However, a number of questions spring to mind over its feasibility in yachting: would it adjust the mindset of brokers and encourage a “fix and forget” attitude, which Debart said can be the case in shipping, and might affect the client’s journey in yachting?

Would the removal of a selling incentive further stagnate the market, when we require a liquid market to enthuse a new client base? And how could a brokerage firm integrate this concept into its business model in a way that benefits other services within its portfolio?

While the brokerage sector is unlikely to change its modus operandi at the drop of a hat, it’s thought-provoking to consider if the market might become more free-flowing if brokers were unshackled of the central agency framework.