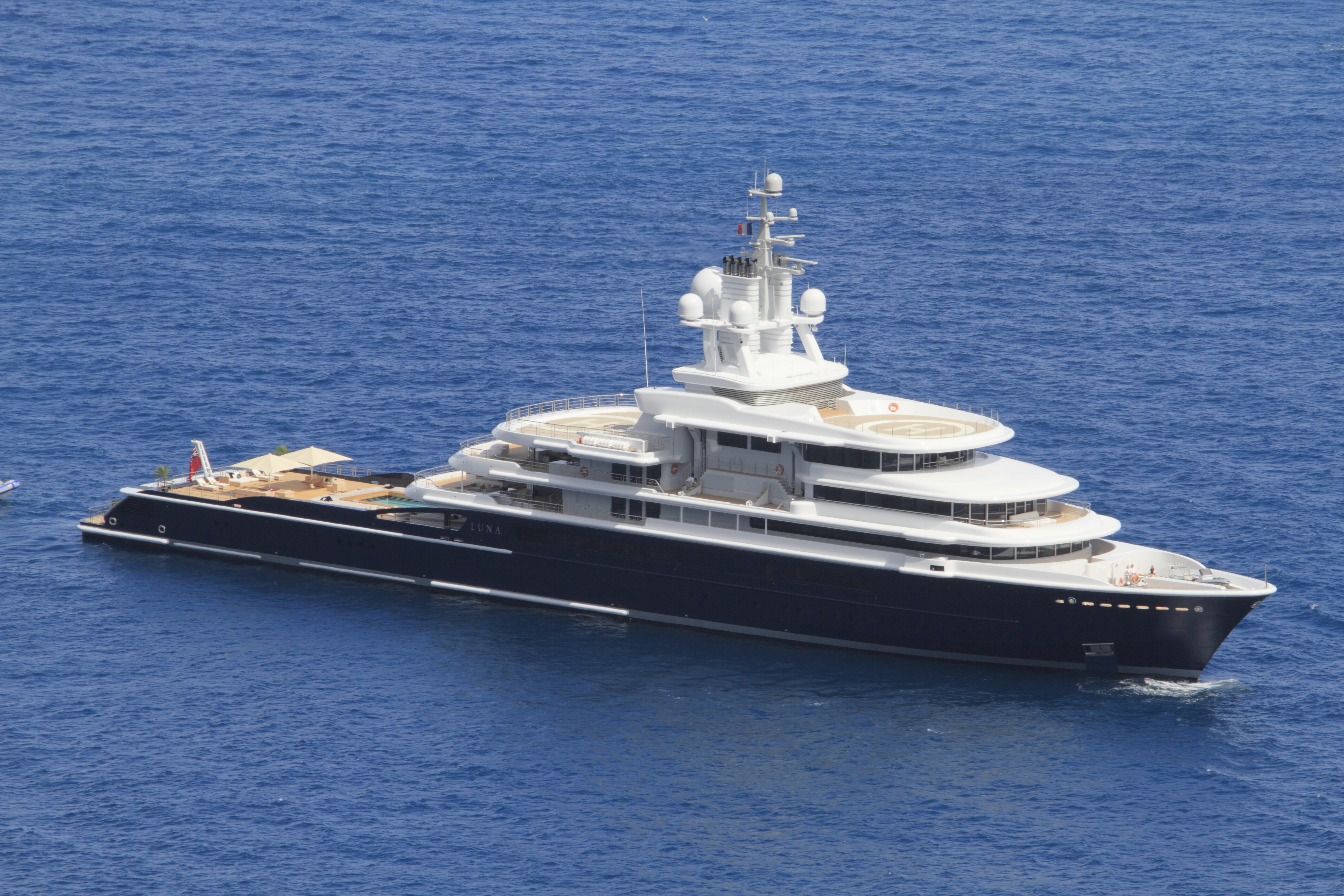 The well-known 115m explorer superyacht, Luna, has been seized in Dubai as judges at a London court have sought to enforce one of the largest divorce pay-outs in history. The court ruled that Russian owner, Farkhad Akhmedov, owes his ex-spouse, Tatiana Akhmedov, $567 million.

The couple married in 1993 and raised their two sons in London. According to a number of sources, in 2016, the court awarded Ms. Akhmedov £453 million ($825 million) for her ‘equal contributions to the welfare of the family’ – the largest sum ever granted for a divorce settlement in Britain.

In the judgement, the judge had suggested that Farkhad Akhmedov had attempted to ring-fence a number of assets from the UK courts, including the yacht, restricting her access to his global assets for her share of the settlement. However, according to Reuters, court documents show that the family trust of the billionaire won the right of appeal on Tuesday against the impounding of the nine-deck yacht, which has now been detained by UAE authorities.

Luna was originally built by Lloyd Werft shipyard in Germany for Chelsea Football Club owner, Roman Abramovich, in 2010. According to The Superyacht Intelligence Agency, at the time of her delivery, she was the 20th largest yacht in the world and is widely regarded as one of the most significant explorer yachts on the water.

In April 2014, Abramovich sold Luna to his close friend, Akhmedov, in a deal worth $360 million, according to an online source. In 2015, she embarked on a well-documented €50 million refit.

SuperyachtNews will continue to post updates on the story as and when there are developments.