SuperyachtNews.com - Press Releases - Where surprise is just around the corner

Where surprise is just around the corner

Diverse. That’s the way superyacht captain Matt Lovett sums up cruising New Zealand, and he would know. The lifelong sailor has had a 25 year career in the superyacht industry which has seen him sail 95 thousand miles across the world’s oceans… 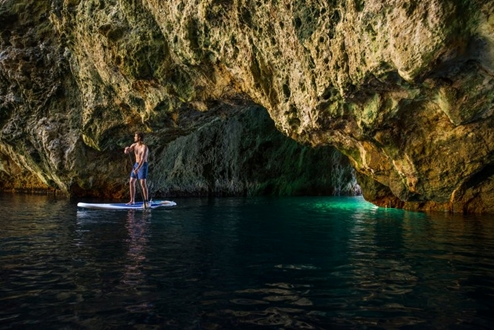 Diverse. That’s the way superyacht captain Matt Lovett sums up cruising New Zealand, and he would know. The lifelong sailor has had a 25 year career in the superyacht industry which has seen him sail 95 thousand miles across the world’s oceans.

That wide-ranging career has its roots in early dinghy sailing exploits from the age of 12 on Auckland’s Manukau Harbour. Now based in New Zealand as captain of a 34 metre Royal Huisman yacht, Lovett is enjoying being back on New Zealand waters and sharing his love of his home coastlines.

“The first thing I tell other captains about visiting New Zealand is its diversity. New Zealand’s coastline offers sheltered cruising in everything from white sand, sub-tropical beach regions to deep fjords and even sub-antarctic islands,” says Lovett.

He highlights the east coast of the northernmost part of the North Island as his must-do destination for any cruising itinerary, with its white sand beaches and sheltered bays, and points out New Zealand offers the advantage of ever-changing attractions compared with the more usual cruising haunts of the world’s superyachts.

“It’s a remote destination compared with the usual cruising grounds of the Mediterranean and Caribbean, but with all the shore-side infrastructure to service large yachts. Auckland as well as Tauranga and Whangarei now offer world-class haul-out and refit facilities backed up by an extensive network of sub trades for all aspects of yacht maintenance.”

And, he says, the people of yachting are equally catered to.

“New Zealand thrives on tourism. Crew, guests and owners alike will all find a visit to New Zealand and its surrounding waters a seamless and enjoyable experience. New Zealand’s remoteness on the global map doesn’t mean that a large yacht will not be catered for, to the highest standard possible.”

Lovett’s older brothers were the inspiration behind his first sailing forays at Auckland’s French Bay Yacht Club, which soon led to cruising the Hauraki Gulf on the family Kauri launch (a conifer native to New Zealand, which grows for up to 2000 years), before intense racing in the Royal New Zealand Yacht Squadron Youth Training Programme and offshore races.

That racing background has now come full circle as he lines up to compete with 34 metre Sassafras in the 2023 NZ Millennium Cup superyacht regatta as captain.

The regatta will see Lovett compete in his favourite New Zealand cruising ground - the east coast of Northland - in the Bay of Islands, when superyachts converge to race in March 2023. For now though, he’s based in Auckland which he say is designed for yachts with its numerous berths tailored to any size of vessel in the heart of the city, as well as the countless sail, rigging, machinery, electrical and coating services, amongst others.

When asked on his final words for those interested in visiting New Zealand, Lovett emphasises the sheer volume of different things to do.

“New Zealand is a small and easily traversed country. Distances between destinations on land and at sea are short, but change and surprise is just around the corner.”