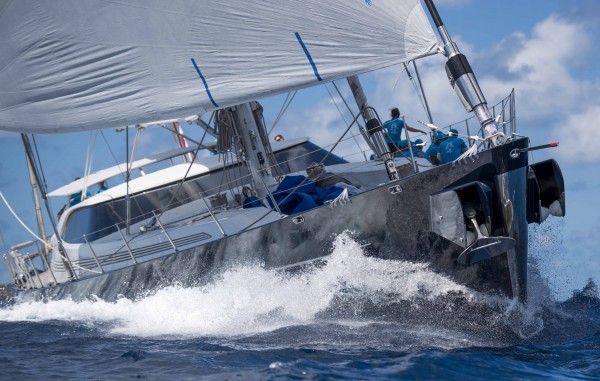 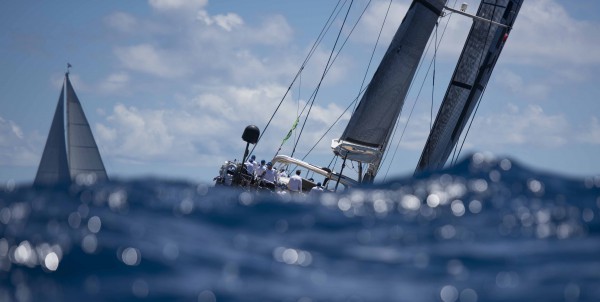 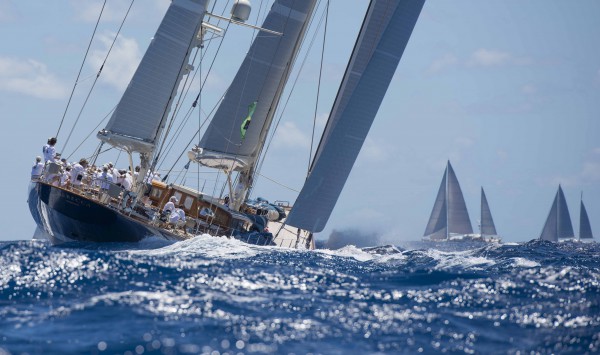 There’s no question that for a hardened sailor like me, modern superyacht regattas offer the sort of thrills that epitomise high-performance, high-octane racing more often found in much smaller sailing yachts. However, there’s also no question that the drive toward ultimate performance – while appealing to a number of existing and new owners alike – also acts to put off other owners who neither wish to spend the resources required to remain competitive nor have the latest hardware suitable for on-the-limit performance sailing. It’s a far cry from the earliest days of the Bucket regattas, where rules were sparse and liable to change from day to day, where no boat was allowed to win more than one race, and where fun and shared company were the drivers rather than the silverware.

The return to a gentleman’s racing class has been oft mooted by opinion makers, owners, designers and regatta organisers as a way of attracting those yachts and owners who would like to experience the regatta scene but in the vein of the early Buckets, and the SuperYacht Racing Association (SYRA) – the current guardians of superyacht-specific handicapping systems and racing rules – have taken note. Following discussions at the last two SYRA annual meetings, SYRA has just announced the birth of a new Corinthian Spirit Class.

This Corinthian division aims to redress the balance of performance in favour of reduced regatta expenses, streamlined access to a superyacht handicap and a minimal impact on the captain’s, crews’ and yacht’s resources in the lead-up to an event. In addition, by making the new class furling- or hanked-jib only, there is far less need to employ professional race crew, which not only reduces costs but also means owners and their guests can enjoy the racing without feeling the entire yacht has been overrun by crew.

“An important part of our mission,” says Peter Craig, executive director of SYRA and perhaps the world’s leading superyacht regatta race officer, “is to ‘enhance the enjoyment of superyacht owners’ and this initiative is all about that. The expected fleet building will not only be good for yacht owners, but the industry as well.”

The class will use a newly developed and simplified handicap system which has been dubbed the ORC Corinthian Spirit certificate (ORCcs). Part of the philosophy of the rating assessment is to eliminate the need to optimise the yacht in advance of racing, meaning owners can effectively turn up and race without fear of losing out on the course. Safety will remain a prime factor for the Corinthian class as with the performance classes, and yachts will comply to the Racing Rules Appendix SY as well as being required to have a designated RRS-Safety Afterguard Member.

With the sailing yacht market struggling to replace an aging generation of owners with a younger generation who perhaps have less or no experience of the joys of sailing, this new class could provide a perfect impetus to join the extraordinary atmosphere, excitement and social cauldron of the regatta scene. The new class has already been confirmed for the 2017 Loro Piana regattas, the St Barths Bucket and the Superyacht Cup Palma.

Look out for our report on the state of the sailing yacht market, with commentaries from key figures in the sector, in the next edition of The Superyacht Report issue 175.