In this mini regional report, we undertake a succinct analysis of Dutch yacht building activity over the last decade, courtesy of The Superyacht Agency’s Intelligence.

Unsurprisingly, while the numbers may have dropped in unitary terms as they have across the industry, in the decade following the global financial crisis, the country’s combined new build output has increased its share of the global total, from 8.7% of all deliveries in 2009, to 12.3% in 2018. And when cumulative meterage is considered, the Netherlands accounted for 11.0% in 2009, compared to 17.9% in 2018. 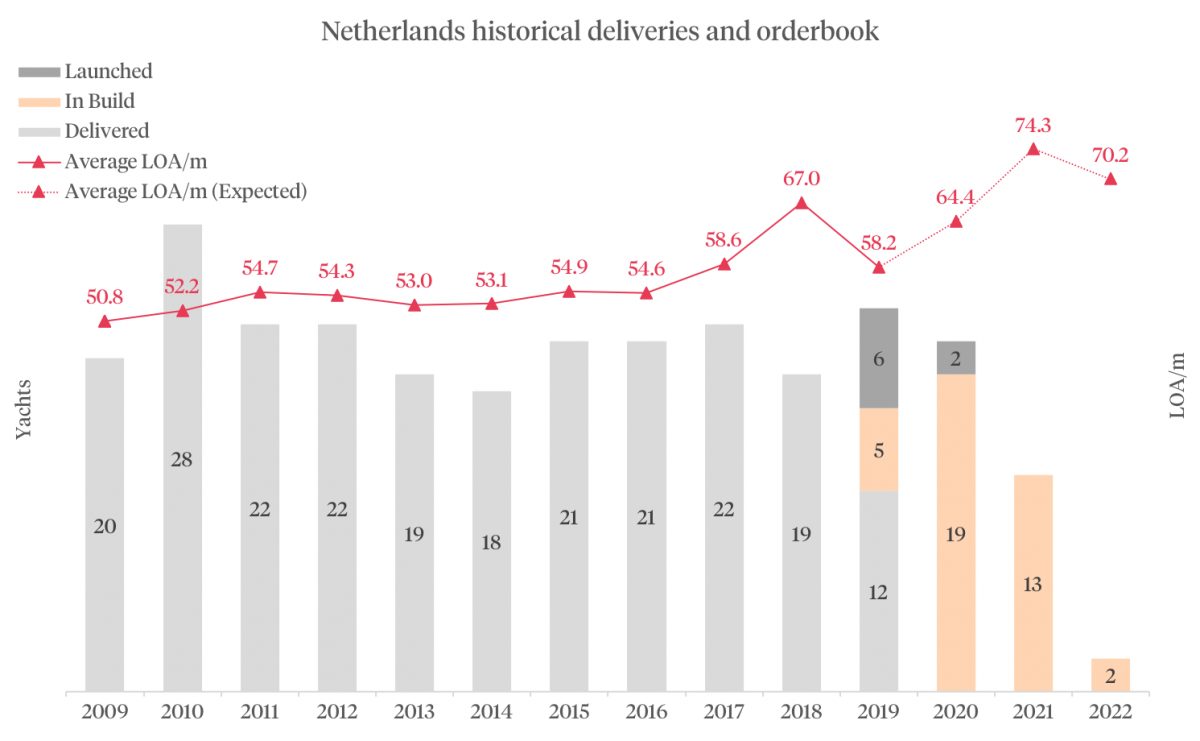 While the country’s output peaked in 2010, with 28 deliveries nationwide, this was in large part of an industry trend that would see the residual impact of pre-recession commissions finally tailing off. Since then, deliveries have remained fairly consistent, hovering around the 21-per-annum mark.

In meterage terms, the average LOA of a Dutch-built boat has remained fairly consistent throughout the decade, but due its to custom slant, has far exceeded that of the global industry average. Indeed, last year this figure spiked with the average LOA of a Dutch superyacht sitting at 67.0m, compared to a global average of 46.1m. The average GT of these vessels was 1478.1GT, 2.1 times the global average of 719.0.

What is perhaps more encouraging for the Dutch supply chain is the burgeoning status the new build sector finds itself in today. Projections suggest a year-end delivery total of 23 units, at an average LOA of 58.2m (a dip in LOA is symptomatic of a more populous market).

Launches aside, there are also 39 superyachts currently in build in the Netherlands, which is akin to 10.2 per cent of the global figure. 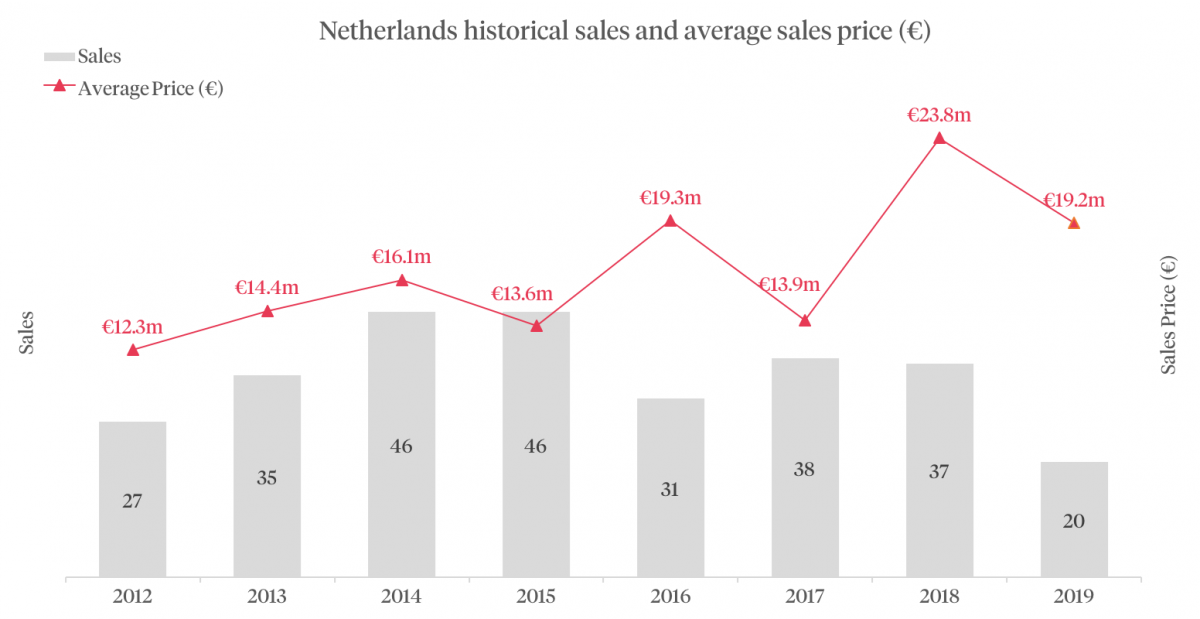 The average sales price of a Dutch-built superyacht on the brokerage market between 2012 and 2018, was €16.6 million, compared to the mean average worldwide market figure of €10.5 million over the same time period.

Amsterdam will provide the setting for  The Superyacht Forum, the world's most significant conglomeration of superyacht industry stakeholders, taking place 18-20 November alongside METSTRADE. Day one will focus on fortifying the superyacht business model, including how shipyards can optimise construction processes in order to bolster client numbers and increase their order books.